A new Channel 5 documentary called Diana: A Mother's Love, explained how Princess Diana turned the image of a Royal mother upside down.

Diana, who was married to Prince Charles, gave birth to baby boy Prince William in 1982.

The documentary explained that protocol previously had been that the royals would never be hands on parents that the children were taken to the nursery and rarely seen save for special events.

But Diana was the first royal to be different, as she was a hands on and doting mother straight away, markedly different to anything the country had ever seen.

Tension was evident at William's christening in Buckingham Palace, where it was his usual feeding time and he was a very grizzly baby.

The Queen Mother looked awkward as she held the screaming baby, while Charles and Diana were both flushed and looked incredibly stressed. 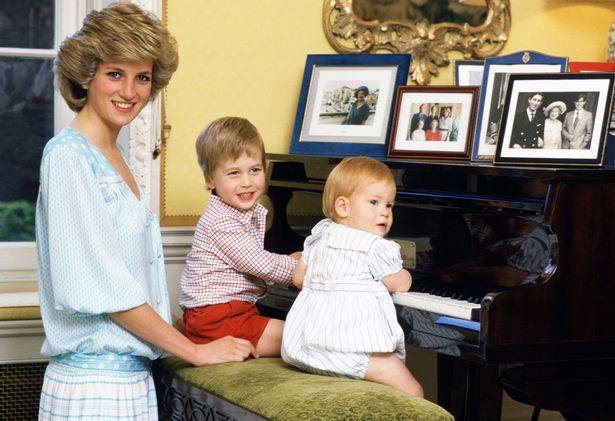 But natural-born mother Diana knew exactly what to do, and put her finger in William's mouth, which instantly placated him.

"She famously put her finger in William's mouth to stop him crying, and it was a brilliant piece of enterprise by Diana," said commentator Richard Kay.

"She later said that she felt like an extra in that scene, that it was more about the Royal family and presenting an image to the world, than the welfare of William.

"In her eyes, the royal put duty first and childcare second- with Diana it was always gong to be the other way around."

Commentator Piers Brendon said: "Diana broke the royal mould, in the sense that she dispensed to some extent with the whole nanny state.

"She breastfed her children, she put them to bed herself, she tucked them up.

"She was the very model of a modern mummy. "

One viewer tweeted: "Watching on @channel5_tv +1 | I really adore that no matter what the @RoyalFamily but #PrincessDiana through, the love that she had for her boys was unbreakable. A true mothers love. ?".

Another added: "Watching "Diana: a mother's love"... She truly was an amazing woman".

"Princess Diana what an absolute gem you are hope you’re sleeping well," penned a third.

Ingredient of the week: Powerful combo

Food of the week: Pumpkins
Food By Derrick Oluoch

Bad bachelor: Is this closure or revenge?
My Man By Art Amacho

Men Only: Guardian angel needed for their love to last
My Man By Tony Mochama