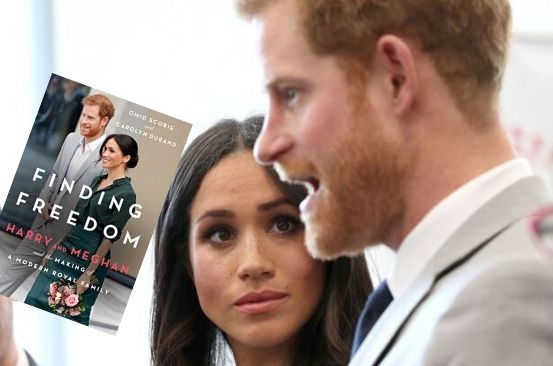 Meghan Markle wants the release of a new tell-all biography about her and Prince Harry brought forward, according to reports.

A friend told the Daily Mail the Duchess of Sussex believes Finding Freedom, due to come out in August, will "finally set the record straight" on their 'abdication' to North America.

The source said Meghan is desperate to "show the world why they were left with no other choice than to leave" senior royal life in March.

They added the former Suits actress also hopes the biography will "shatter this image of [her] being a demanding diva", revealing the "monumental anguish and turmoil" she has endured.

"I think [Meghan] wants people to feel sorry for her, or at least have compassion for her and all she's been through, which has been anything but a fairy tale."

The new book promises the truth behind a couple who are "not afraid to break tradition".

The Sussexes are understood to have worked closely with authors Omid Scobie and Carolyn Durand, with the book set to "reveal unknown details".

According to the promotional blurb, it will also be "dispelling the many rumours and misconceptions that plague the couple" in Britain and North America.

Mr Scobie is the royal editor-at-large for Harper's Bazaar, while Ms Durand is a royal contributor for ELLE.com and OprahMag.com, with their book said to have been written "with the participation of those closest to the couple".

The Mail previously reported palace insiders believe the new publication will paint the couple in a flattering light and become something of a score-settling exercise.

"Finding Freedom  is an honest, up-close, and disarming portrait of a confident, influential, and forward-thinking couple who are unafraid to break with tradition, determined to create a new path away from the spotlight, and dedicated to building a humanitarian legacy that will make a profound difference in the world," the description adds.

Harry, 35, and Meghan, 38, left Britain in March to start a new life away from the Royal Family in the United States with young son Archie.

The book had the provisional title Thoroughly Modern Royals: The Real World of Meghan and Harry before being changed

What did you hate sharing as a kid?