Confessions: My son wants to know who his father is

Readers Lounge By Simon and Boke 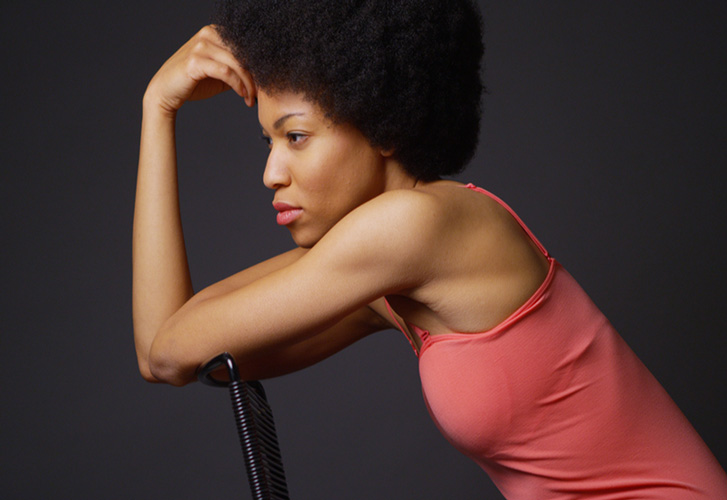 I am 28 and have a 12-year-old son who I am raising as a single mother. I conceived him from a relationship I had with my uncle. I was young and naive back then but the relationship was consensual. He knows that he is the father of my son and he helps me to raise him but nobody else knows about this. My son is very keen on this because he is being harassed in school when he cannot tell the other boys who his father is. He is nagging me about this and I don’t think he is going to relent until I give him a definite answer. He is pushing for this especially because he is to go for circumcision next year and I guess it is bothering him very much. I don’t know what to do about this as his father has a family of his own. Please advise me.

There comes a time when the truth has to come out. Now that you admit it was consensual sex and your uncle is equally responsible, prepare to tell the boy whom the father is at the right age. For now, tell him his father is not around, until that time he will be mature enough to battle the truth because I doubt if African culture allows incest, however remote. Promise to reveal this to him at a later date so that you have some breathing space for now.

The child has no mistake in this and he deserves to know the truth from you. If you choose not to tell him, that boy will suffer for the rest of his life. You should accept the situation as it is since it cannot be reversed and start planning to tell him sooner rather than later.

By telling him the truth, I don’t know what you will be seeking to achieve. You will just bring him psychologically and emotional trauma. Tell him you just don’t know where his father is, period.

You are suffering from incest trauma but I also believe that he is too young to find out the truth. He ought to know the truth at a later date but this should be done with the assistance of a psychologist or family counsellor. The best thing to do is to introduce the boy to the father to clear his conscience later in life.

This is a tough secret to keep but it will have to be told someday. You cannot, however, handle it casually and you will, therefore, need to engage the services of a professional counsellor since this can bring distress or depression to the young boy if it is not handled in the right way.

First, we must be clear that there is no consensual intimate relationship between a minor and an adult. Simple calculation dates back this relationship to when you were 15 years old, thereabouts. The consent age is 18 years and above. So it does not matter what narrative you advance, the fact is your uncle took advantage of you.

Well, that is not the pressing issue now but the consequences of this inappropriate relationship are. Remember this is incest and that is what is making it hard for you to disclose the truth to your son. The man having a family is a non-issue. We have witnessed people accepting children they fathered while they were teenagers and their present families understood.

The difficult thing you are facing now is the fact that this man is a close blood relation and that it will paint a negative picture of both of you. Even your son may not be very comfortable with the truth when he gets to know it, especially at this tender age.

Although the truth liberates, this is the kind of truth that you handle cautiously because of its potential to destroy relationships and hurt many people. Yet your son deserves to know his father. I suggest you talk to the father of your son and let him know what his son is going through. I strongly recommend that you only reveal what he can handle at his age then bit by bit over time.  This is because the older we get the more capacity we acquire to handle the truth and even excuse human shortcomings.

Meanwhile, get a male figure to stand in for the father during your son's circumcision ceremonies.

There comes a time in life when one is put between a rock and a hard place but is still required to go through. In this situation, we have to choose between two evils and each has its consequences. Keeping your mouth shut is not an option now especially for a boy. A girl may let it pass, maybe by intuition, that well things happened and mum just does not want to talk about it but for a boy, an answer has to be secured. This is of course due to our cultural settings where a man rides and prides himself on the identity of his father.

So what are the consequences of telling and not telling? Telling the whole truth will put his soul to rest but what will it do to your big secret? However, this could be the onset of untold animosity between him and his cousins whose status will effectively change from cousins to step-brothers and sisters. This could put a strain on the whole family.

Not telling is not working for him and he will not rest until he gets an answer. This status will put the two of you in an uncomfortable position where his patience will continue running out as he gets older and continues to think that you are withholding critical information. From my assessment, it is better to just tell him and let things take their natural cause. He has a right to know the truth and indeed his father is alive and kicking so what is wrong with just telling him things as they are?

By choosing not to tell him you will be putting the interests of your uncle before those of your son which is just unfair and selfish of both you and your uncle. What happened - happened and I guess you cannot hide it any further. The only consideration is that he could be rather young to handle some information and thus a decision to delay this for a year or two maybe a reasonable suggestion but on this, you will at one point have to come clean. However, take time to discuss this with your uncle and he may also help you through it.