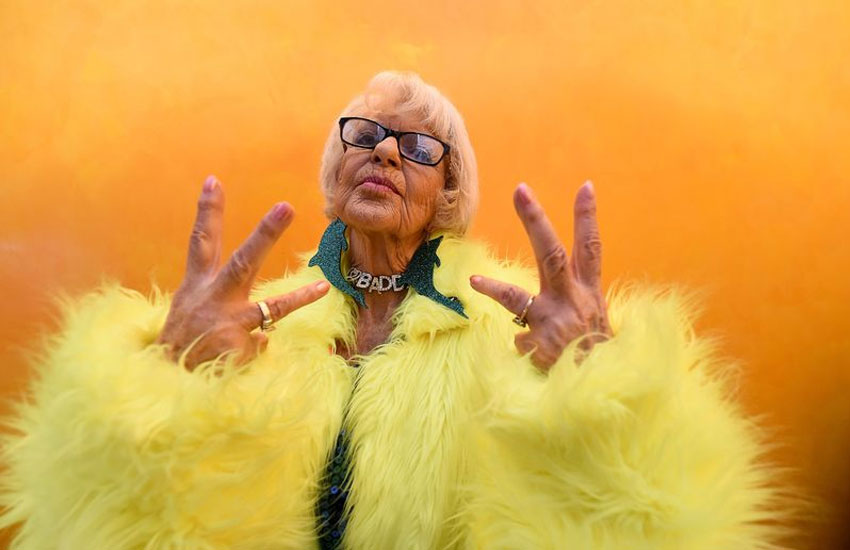 When now 91-year-old Baddie Winkle's great-grandaughter put a picture of her stylish granny online, the pair had no idea what a phenomenon she would become... 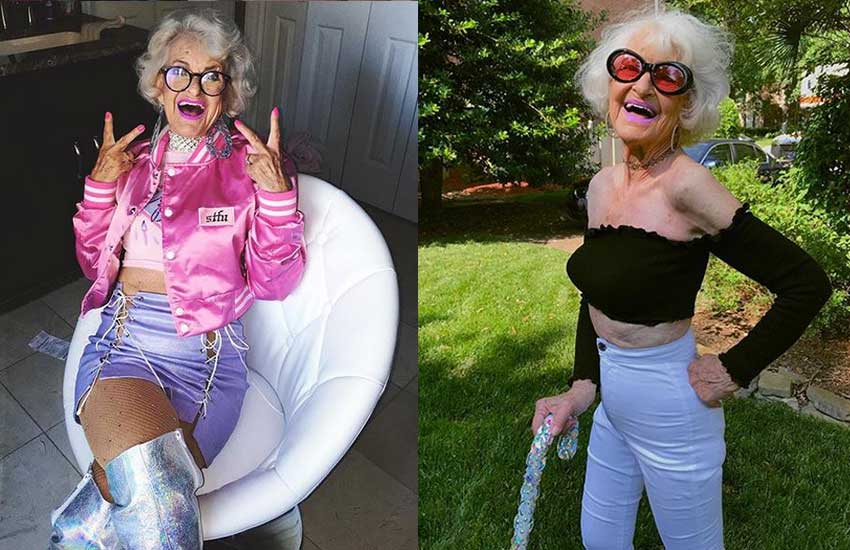 'Gramma, you look so good, I’m going to put your picture online!’ I looked down at my outfit, and couldn’t really see what my Kennedy, 17, was talking about. I’d been sunbathing in my garden and was wearing a pretty normal outfit for me: cut-off denim shorts, a rainbow tie-dye T-shirt and some socks of Kennedy’s that had a neon-pink marijuana leaf print.

I didn’t even know what that print was back then, I just liked the look of them, so I shrugged and let Kennedy do her thing. I might have been 85, but I’d never lost my sense of style.

The picture didn’t cross my mind again until the next day when Kennedy came racing in from school, all excited. ‘Gramma, you’ll never guess what!’ she yelled. ‘Your picture has gone out of sight!’ I stared down at her phone in astonishment – the picture had been liked thousands of times by people I’d never met, and people were commenting on how much they loved my style.

The next few days were but exciting. I had an old flip-top phone and knew nothing about social media, so would have to wait for Kennedy to get home from school to see how the picture was doing. Each day, more people would like and share it, which I found baffling. People were saying I look ‘badass’ – that’s where my nickname Baddie began (my real name is Helen van Winkle).

‘It’s time to get you your own Instagram account,’ said Kennedy. She taught me everything I know about the internet, helping me set up an account on a new smartphone. It felt strange posting pictures of myself online, and I didn’t see how anyone could be interested – but to my astonishment, tens of thousands of people liked my snaps. 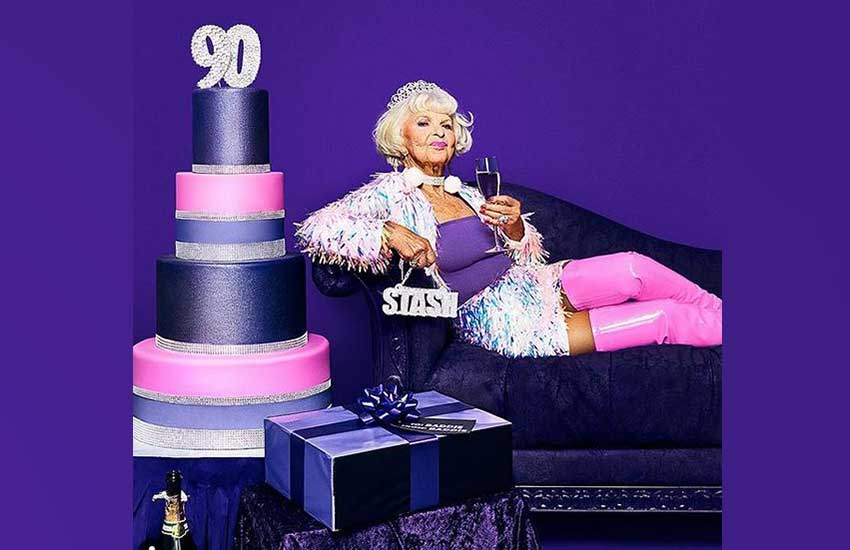 Fast-forward, I now have 3.8 million followers on Instagram, including celebrities such as Beyoncé, Rihanna a fair few Kardashians. I’ve been the face of clothing brand Missguided, appeared on an advert for Smirnoff, and on Nicole Richie’s reality show. Miley Cyrus even took me to the MTV Music Video Awards as her plus one – I wore a catsuit (left) covered in and carried a matching, walking stick.

I never thought anything like this would happen to me – I can’t wrap it around my poor old brain. But I love it: my fans are amazing and I’m everywhere I go. The only downside is being stopped for so many selfies.

Of course, there are some nasty people online, saying things like, ‘She belongs in an old folks’ home!’ But I’ve always been a rebel, all my life. If someone tells me I can’t do something, I’m gonna show ’em I can. It used to hurt my feelings, but now I pray for those basics. 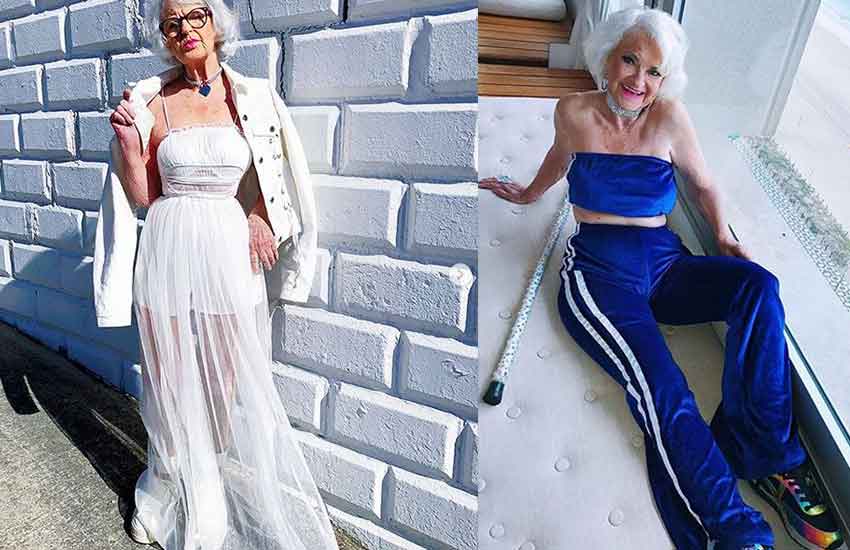 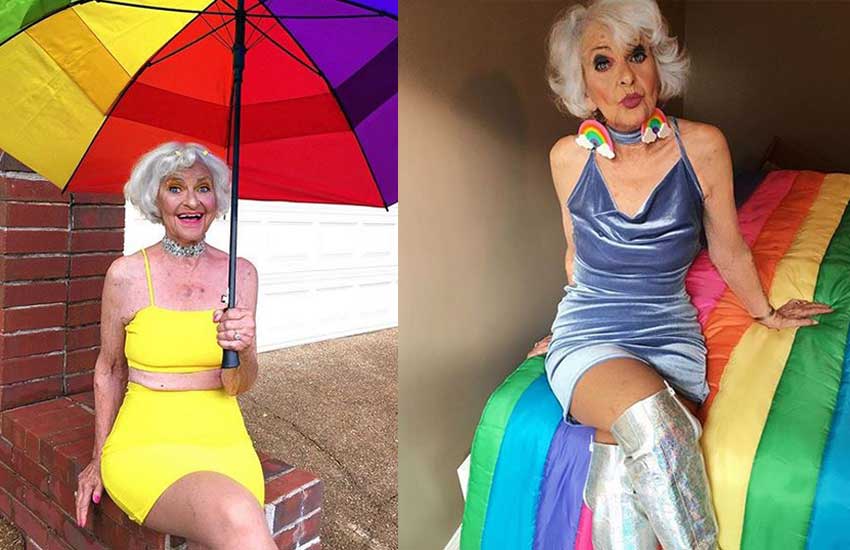 My life before becoming Baddie was very different. I was a clerk in a factory, and I worked hard to bring up my family. I was born in 1928 during the Great Depression, and money was tight, but I always tried to dress . We didn’t have many clothes, but I took care of my look and I dreamed of being a movie star – I guess in a way I made it to Hollywood in the end!

Life has been hard. My husband Earl was killed in a car accident on our 35th wedding anniversary, and, 20 years later, I lost my son David to cancer. You’re never supposed to lose your son. I fought for years trying to get over their deaths. I miss them every day. That’s life, you have to take what you get. 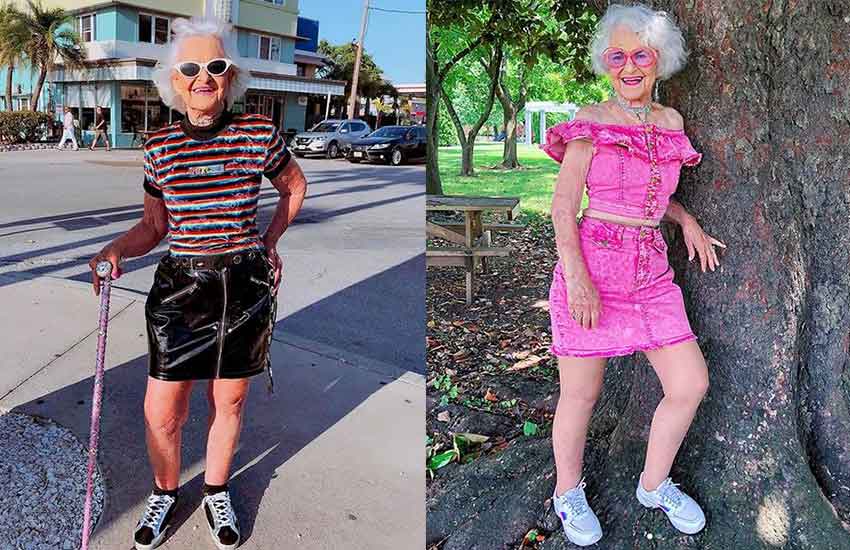 Now is a new chapter in my life, and it’s got more interesting as a matter of fact. But, right down deep, I don’t think I’ve changed that much. Baddie Winkle enables Helen to do wild things she hasn’t been able to do. Sometimes I’m Baddie and sometimes I’m Helen. Being Baddie has brought me so many opportunities. I made a bucket list of everything I still wanted to do, from shaking my ass at a Samba class in Rio to riding a helicopter across the Grand Canyon. I’ve made it to DJ at London superclub G-A-Y, and I even swung by Buckingham Palace, but sadly I didn’t meet the Queen. I’d have told her she could do with a splash more – not that she’d listen to me.

People are always asking me where I get my energy from and what my secret is. I guess I’ve got good genes, and I’ve had a healthy life. I grew up on a farm and back in those we didn’t have all that stuff you put in food. I always ate pretty healthily – although I don’t , I just eat what I want because I think I deserve it. 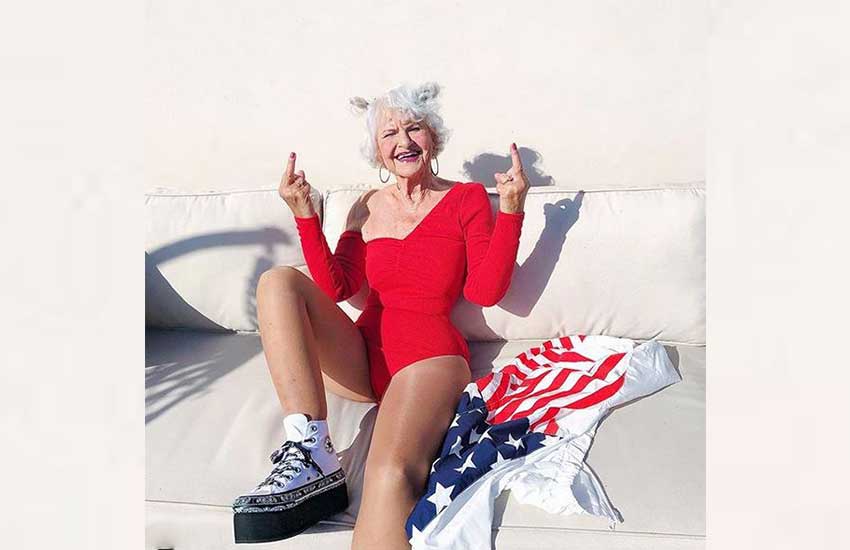 I don’t know how you’re supposed to feel at 91, but I look around at other people at 90 and I know I don’t feel like they do. I’m not an old person and never have been an old person, I just do my thing. I can’t change, I have to be me.

Being Baddie has helped me a lot in spirit. I would love to be a role model for older people and tell them, ‘You’re only here once in your lifetime, so have fun.’ Baddie Winkle’s rules to live by

1. Always be kind to everyone you meet. Smile at everyone, and you’ll get a smile back. It makes you feel good when you’re out and about.

2. Hard work will not hurt you. I have always been a really hard worker — I’ve kept up a six-acre farm for 15 years by myself. Hard work is good for you, so don’t sit down on your butt. Keep moving. I’m on the go all the time, even though I have to walk with a cane. #FashionTips: How to make your jumpsuit look classier