How does she balance all that? Every day, Ntinyari wakes up at 4.30am and drives to Wilson Airport for her morning shift as cabin crew. At 1pm, she turns on her Taxify application as most of the passengers request to be taken to the CBD.

After that, she assists her sister in delivering purchase from vendors who have ordered clothes from her online cloth business. In the evenings, she is sitted in class ready to learn.

“Well, mostly, it’s all about time management. My job at Air Kenya is my first priority and then school and what remains is left for my taxi business, clothes delivery and photos,” she says.

However, Ntinyari tries as much as she can to end her day early so that she can have bonding time with her three-year-old daughter and sometimes hang out with her friends.

“I don’t do deliveries and taxi during the night. I dedicate that time for her. I take her somewhere to go have fun.”

Being raised by her grandmother in a poor background, after her parents divorced, is what motivates the first born to work this hard.

Since she was in class five, Ntinyari assumed the role of parent for her two siblings and more so, to her sister who is soon joining college. 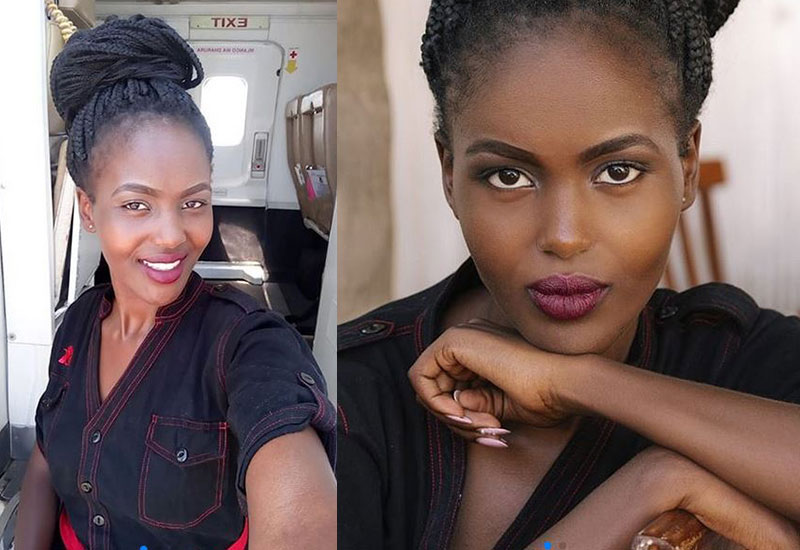 “I’m her mother in every sense of the word, except birth. I have had to work hard in every step of my life, with great perseverance, to overcome all the hurdles I have come through,” says Ntinyari.

She had previously joined KMTC in 2009 to study pharmacy but had to drop out in her final year due to lack of fees.

The debts had piled up and there was no way she could have been allowed to sit for her exams. Since then, Ntinyari has had to work six jobs to cater for herself and her family.

“I worked as a pharmaceutical technician at Nairobi Outpatient Hospital along Muindi Mbingu Steet, as a customer care rep at some IT company at Prosperity House in Westlands Road activating a ‘grabdeal’ package, as call centre representative at Yu Mobile contracted by Horizon, as receptionist for Original Images- a photography company and as cashier with coffee retailer ArtCaffe,” she says.

In 2015, she got a job with Air Kenya as a receptionist and rose to become cabin crew and check-in attendant. The job was helped her buy a car that she converted into a taxi.

With her sister having stayed for a year without joining college, she began sn_trendywear to cater for her fees. In addition, she is studying a short course on beauty and has plans to open a beauty parlor.

A construction project is soon underway to be another source of income. Her motivation to study journalism came from her friends who reminded her of her high school days and her active role in the journalism club.

“They all believed it was what was meant for me. This is why despite the cost, I have chosen to pay hundreds of thousands per semester to study it,” she admits.

Nevertheless, all that does not come without a price. Ntinyari says she has had to sacrifice living a luxurious life, buying property, travelling, clubbing every weekend with her friends just to achieve her goals. What is your excuse?