Croatian President Kolinda Grabar-Kitarovic has received praise from all over the world after she personally attended her country’s quarter final victory against World Cup hosts Russia. 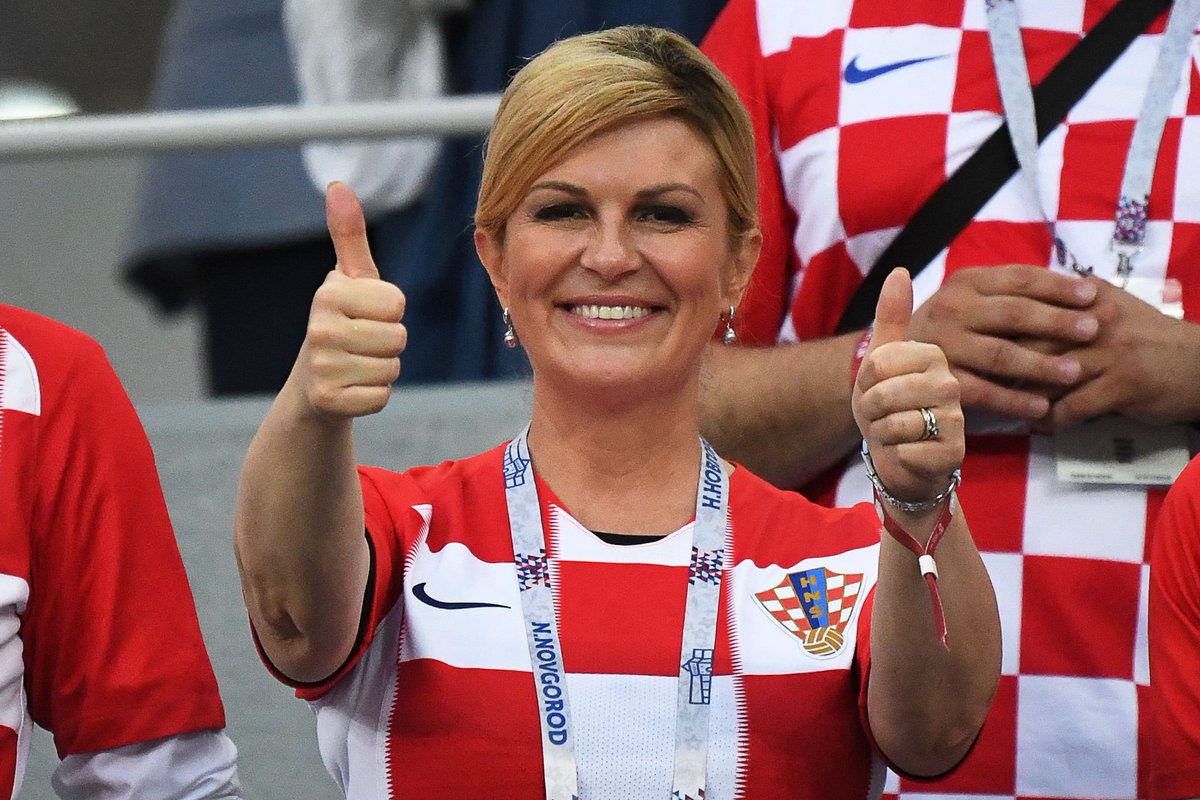 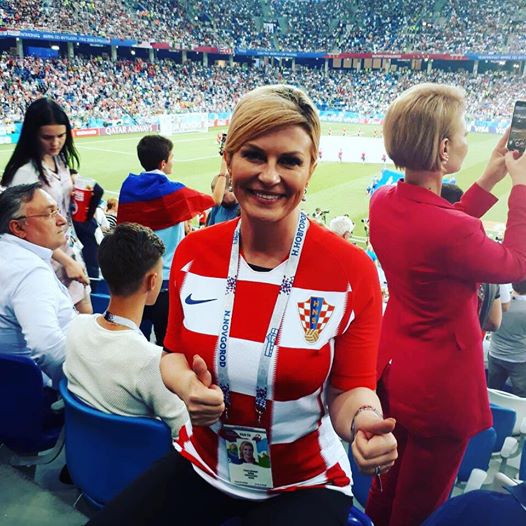 President Grabar-Kitarovic, Croatia’s first female President, was captured on camera celebrating and cheering in front of Russian Prime Minister Dmitry Medvedev as her team took on the hosts at the quarter finals.

She was also in the players changing room after they knocked out Russia to book a place at the 2018 World Cup semis.

In the sea of men all in blues, the bright spot in red/white checked shirt and red trousers is President Kolinda Grabar-Kitarovi? celebrating #CRO #WorldCup win against #RUS in the locker room ????????. This is the spirit. This is why football is the beautiful game ???? pic.twitter.com/bxQEwSwU7R — Victoria Uwonkunda (@Msuwonkunda) July 7, 2018

Seated in the VIP section beside FIFA President Gianni Infantino and the Russian premier, Grabar-Kitarovic could not contain herself as she rose up in a victory dance to celebrate Croatia’s second goal.

And if that was not enough to make netizens fall in love with her, on her trip to Russia, the President boarded the economy class with fans as they headed to Sochi to cheer on their national team.

She even featured in a group selfie photo with the passengers aboard the flight. 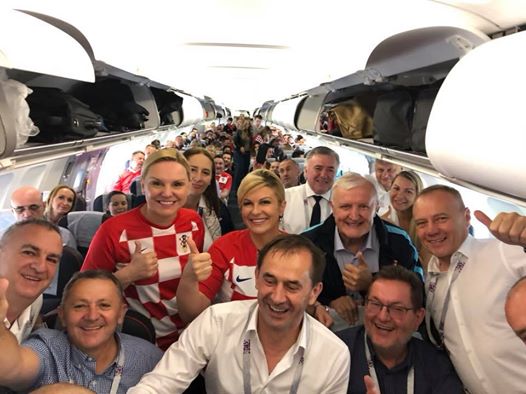 Born on April 29, 1968 in Rijeka Croatia, Grabar-Kitarovic is a linguist. She is fluent in Croatian, English, Spanish and Portuguese while she also has understanding of Italian, German and French.

She studied in Harvard, Washington DC, Vienna and Zagreb after her student exchange programme in New Mexico. She has since proceeded and completed her doctorate in her home country.