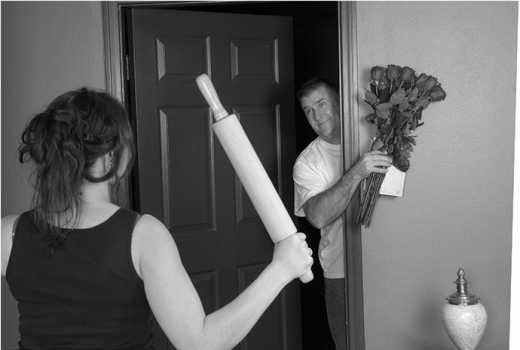 When you live with someone you are responsible for each other, you worry for each other’s safety and there’s always the, ‘are you fine?’ thought that becomes persistent. One of the marriage builders is a husband who comes home on time unless otherwise, which he should communicate early enough to his wife to avoid suspicion and unnecessary worry. Coming home on time is a sign of affection. It shows he cares enough about how you feel and is a way of showing he loves you.

When this breaks, issues may arise.

But before you jump into conclusions and start accusing him, there are other genuine reasons why he could be coming home late.

While there is always a very good reason women nag, men tend to avoid it at all costs even if it means coming home when you are asleep or too tired to argue with him.

Jobs are different and the reason he may be coming home late is because he’s actually working to beat deadlines or overtime so as to bring in some extra cash.

Most men prefer not to talk about what’s bothering them therefore they tend to keep quiet about it and try to solve it on their own. This can lead to stress and to avoid talking, he will prefer staying out late until he figures out his ‘mess.’

This is one of the leading reasons as to why your husband might be coming home late. If he has another woman he has to create time for her before coming home no matter how late it is rather than not coming at all.

Have you ever considered that your husband might be a social person? If yes, no need to worry because he might not necessarily be cheating but he just enjoys having his friends company and having them around before going home.

It is sad your husband has decided to act like a 20 year old for the fear of aging. He dresses different, takes more care of himself and even goes to the extent of purchasing a new toy just for himself. Some men when they reach a certain age especially if they did or did not enjoy life when they were younger, will want to live that care free life at a much later stage. A growing trend nowadays, most forget their roles as husbands and care givers.

Believe it or not most men go to the extent of doing just about anything so as to avoid taking up responsibilities. Your husband may decide to be coming home late so as to avoid helping you to take care of the children by ensuring they have done their homework, taken a shower, eaten and going to bed on time. Some believe it is the woman’s work and that they can handle it on their own!

So you don't want to take the coronavirus vaccine? Here's what you need to know
Health - By Mirror