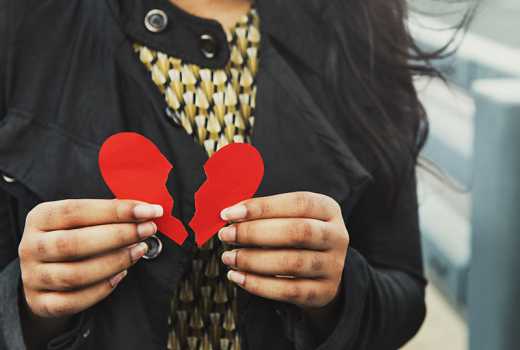 ALSO READ: Confessions: My ex told me he’s getting married and I broke down

Ending a relationship and leaving someone is never easy. If you are the one initiating the breakup, you probably feel guilty and try to find the least stressful possible way to do it. There are a lot of people who are not considerate enough when it comes to breakups, and you should never allow yourself to be one of those people.

You probably want to end things as quickly and efficiently as possible, but remember that the way you choose to leave someone tells a lot about you as a person. So, it is always important to be sensitive and careful when breaking up with someone. There is no easy and best way to end a relationship, but there sure are the worst ways to break-up and the things you should never do:

Simply disappearing from your partner’s life without saying a word, or popularly called ghosting, is definitely one of the worst ways to end a relationship. And unfortunately, it became a trend in modern dating. People just stop returning their partner’s phone calls and vanish from their life. Besides from being an immature thing to do, it is also not fair. Imagine this person you broke up with, wondering what went wrong and what happened to you. Everyone deserves an explanation.

This phrase is a cliché and people usually say it when they don’t want to deal with having to explain what went wrong. Sometimes, it seems easier to take full responsibility for the end of the relationship than to look a person in the eyes and tell them all the things you didn’t like about them. But when you say this infamous phrase to someone, they know you are lying and are completely aware that you are just trying to end things as soon as possible, without any unnecessary drama. By doing this, you are underestimating someone’s intelligence, expecting them to fall for this sentence.

If you decided to break up with someone, you should at least have the courage to tell it to their face. Modern dating has made it acceptable to break things off via phone call, email, or text message. It is usually easier to write something down than to say it out loud, but it is cowardly and disrespectful. By doing this, you can only send them a signal you are not 100% sure in your decision and that you are afraid you will change your mind once you see them. Whatever led you to wanting to break up, this was the person you shared beautiful moments with, and you should at least have the decency to meet with them in person and tell them it’s the end. You owe it to them and you owe it to your relationship.

4. Before a big event

So you’ve decided it is time to end things with your significant other. But if they have some stressful event coming up, such as a job interview or an important exam, at least wait for it to be over. You know they will probably be heartbroken after you tell them you are leaving them and that is more than enough. You shouldn’t ruin something else that is important for them. The same is if you two are invited to some event, such as a wedding or some celebration. You two agreed you will visit this event together and you should keep your promise and postpone the breakup.

Or on Valentine’s Day. Or on Christmas, or on any other date that is important to them. You should realize that if you leave them on their birthday or on some holiday, they will not just be heartbroken, but will always remember they were dumped on such an important day. This breakup will stay imprinted in them forever, because every following year, on that day, they will remember the pain they have been through. Let them celebrate in peace and leave them after a few days.

It is really awful to break up with someone while you two are on a trip together. If your relationship is in a crisis, and you think about leaving your partner, why are you going on this trip in the first place? Why didn’t you break things off before? If you break up with someone while you are on a holiday together, the only normal thing to do is go back home immediately. But you will probably still have to share a ride home, and that will be more than awkward.

7. Making them leave you

One of the worst ways of breaking up with someone is making them leave you. People often choose this passive-aggressive method because they are too much of a coward to dump someone. So, they decide to act horrible for a couple of weeks or months, and wait until the other person is forced to break up with them. This is an awful thing to do, because it causes more pain than the typical break up, and it doesn’t make you innocent.

Confessions: My ex told me he’s getting married and I broke down