By MAUREEN ONGALA | 3 years ago 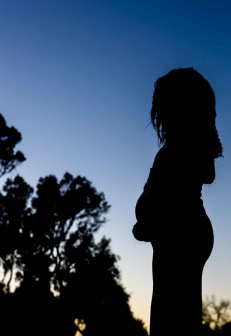 Kilifi County has the highest number of teenage pregnancies and child abuse in the entire coastal region.

This has been largely blamed on high poverty levels in the region. Last year, there were 77 reported cases of teenage pregnancy, 44 cases of child marriage, 153 cases of defilement and 14 sodomy cases, according to County Director for Children George Migosi.

"There are lot of child pregnancies as a result of child marriages. Child to child cases are more serious than where an adult has defiled the minor. It is a common trend in Kilifi and children between 14 and 15 years are impregnating each other," says Migosi.

Meanwhile, statistics show Malindi recorded 3,113 cases of child abuse including sexual violation and sodomy, which was 50 per cent of 7,678 cases reported or pending at the Children Department.

Recently, a court in Kilifi freed some boys charged with sexually molesting girls and handed them to the Children's Department.

According to Mr Migosi, the court considered the common trend and opted to treat both victims as children in need of care and protection. "It is a challenge on how the society will address child to child sexual offences because they are engineered by negligence or parental guidance. Also children are being enrolled to school late at, for instance, the age of 13 when reproductive sex is taught in Class Six. Girls think if they go with boys of the same age they will not conceive," he said.

This year, there have been 384 cases of sexual abuse reported in the county.

In Kaloleni, authorities have documented an explosion of pregnancy and sex among adolescent girls who have since dropped out of school. At Viragoni Primary School in Mwanamwinga ward, nine girls aged between 16 and 18 dropped out in 2016 and 2017 respectively. Head teacher Pascal Maitha says three Standard Seven girls aged 17 were impregnated in 2016, while nine girls aged between 15 and 18 in class Four, Five, Six and Eight conceived this year. However, it was noted that most girls dropped at Class Six. Maitha says the girls are lured into sex because of lack of parental control and guidance. He has also blamed it on the high poverty levels in the region.

"Most girls are lured into sex by men who provide them will their basic needs like sanitary pads, oils and soap. These girls are forced to look for support from other people as an alternative way to survive," said Masha.

Teachers have now been put to task to tell the pupils on the need to abstain from sex and concentrate on their studies.

Parents have also been warned against releasing their girls to attend night dances.

"Our parents do not value education so they do not care what happens to their children in school or at home. They do not even bother addressing cases of abuse among their children. They have left their children to attend night discos and when they are out there alone, girls start engaging with men then end up pregnant," he said.

The institution has devised strategies to prevent teen pregnancies. The Board of Management has assigned a team of teachers who go round whenever there are funerals and other ceremonies in the community to find out if pupils are also in attendance. Later the team reports back to the BOM.

According to Public Health Agency, parents are significant during this stage because they play a role in helping their adolescent believe in themselves by showing them they have confidence and faith in their decisions, by recognising the efforts of adolescent by reassuring them of their desired qualities.

Some 27 per cent of children in Bondo reported that they received learning materials from non-relatives, for example- friend's neighbours, where 8 per cent of those who donated the books seduced the children ,in return and four per cent of the offers resulted in sex. Maitha says it is also unfortunate that authorities and guardians do not encourage the use of condom among school going children, instead they encourage the girls to abstain from sex.

"We also tell them the risk of contracting HIV/AIDs if they engage in unprotected sex. We do not want to encourage them to use condoms since it will be as if we are giving them a go ahead for sexual intercourse. We discourage them from sex completely," said Masha.

The Standard on Sunday  traced one girl who had dropped out of Viragoni Primary School.

Dhahabu Karembo, 16, dropped out of Class Six early this year after she discovered she was pregnant. Karembo said the man who impregnated her  is a local businessman.

She had sex with him after three months and conceived. "He would wait for me on my way from school and seduce me every time we met. One day, he gave me body oil and Sh250 and I had sex with him in his shop," she said.

The man, however, abandoned her when she told him she was expectant. The trader is said to have relocated to Kaloleni town after Karembo delivered.

"My mother reported the matter to our assistant chief, who convened a meeting for both families. The man refused completely to have ever been intimate with me and the administrator advised that we wait until I give birth then have a DNA test," said Karembo. The mother is shocked that the no legal action has been taken against the trader.

"I cannot tell why the assistant chief is silent on this matter yet he is the one who asked us to wait for my daughter to deliver. I have to take care of my grandchild and the mother despite the fact that I am not financially stable," she lamented.

She continued: "I am asking for justice for my daughter because we are left here struggling yet there is somebody who was responsible for this child."

Kaloleni DCC Paul Rotich said that cases of early pregnancy and child marriage has not come out as a crisis because many cases are lying in the community unreported.

By FREDRICK BEUCHI MBOYA | 4w ago