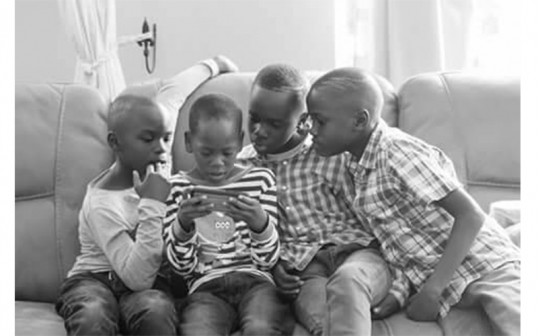 On several occasions, I have had to engage my daughter in running battles over the television remote control and I am pretty sure I am not the only parent with this experience. More parents out there have had to sacrifice their best programmes all in favour of their children. I believe these are some of the sacrifices that come with parenting.

It is never an uphill task letting go of the remote control and letting your child reign the living room, after all, letting our children win some of the fights between us is one of the things we are specialized in. The challenge comes when you have to play the referee between two siblings wanting to take over the precious gadget.

Taking sides is a tricky affair especially when one decides to take the side of the younger sibling hoping the older one will understand, at the same time, having a win-win situation is almost always impossible as no sibling is ever ready to negotiate by the time a fight erupts. That only leaves us parents with one easy way out, switching off the television and giving the siblings a time out.

It is never a guarantee that this option will always work, especially over the weekends when children are at home and there is no homework to use against them. This is why most parents feel like they have been held hostage by their own children and opt to have a time out instead. I have seen some mothers locking themselves in their rooms and totally keeping off the remote fights and letting the best ‘team’ win.

Children in this generation are the most difficult lot to control when the television is concerned. With children channels running 24 hours, there is no such excuse as “You will have the television when your programme starts”. During our time as children, it was easier dealing with television fights as the channels were limited and specific children programmes. In fact, if we were not watching cartoons, we were singing along to songs played on specific children programmes on specific days. We only heard of children’s movies on special occasions like Christmas or Easter.

As some of us struggle to decide who watches what at what time, other parents have chosen the other easy way out; having more than one television set in the house. This will, according to them, limit the fights over the remote control. Jackline, who is a mother of two felt like a genius the day she installed Wi-Fi in her house. Since then, there have barely been fights over the television as the children seem to be occupied on their phones and tablets streaming their favourite programmes.

I have personally lost at least three remote controls in the house. My one-and-a- half year old daughter has grown to believe the remote is a sacred object since we are always fighting over it, so anytime she gets hold of it, she hides it in a place only she can remember. I long for the day children will master the art of sharing when it comes to the remote control.

Men only: What we’ve been learning from our daughter