What you are is what you attract 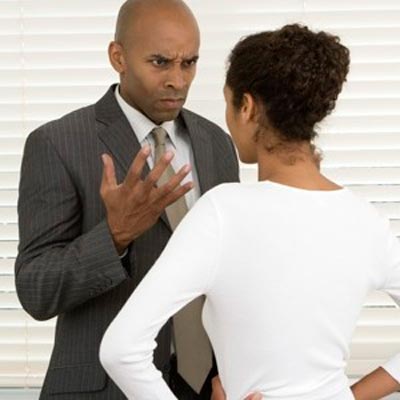 “I had no idea when we got married that he would turn out to be abusive!” Janice held her head in her hands as she sobbed. Her story was one I’d heard many times before. She had sworn she would never end up in the same situation as her mother — married to a physically and emotionally abusive man.

When she met Jack soon after college, he was very attentive and caring, the complete opposite of her father. The first time he hit her was several months into their marriage, and then he had apologised profusely and sworn never to do it again. But now, four years in, she was terrified of her husband and feared that the baby that she carried in her womb would become exactly like her.

WHY DOES HISTORY REPEAT ITSELF IN RELATIONSHIPS?

The reason is that people tend to attract people at the same level of emotional maturity as they are. It’s common to fantasise that when you finally meet Mr or Ms Right, they will fix you or make you a better person. But the reality is that a relationship only compounds the state it found you in! If you are lonely, you’ll attract another lonely person and each of you will demand that the other provide the companionship that they’re incapable of giving (that’s why they got married to you in the first place!)

Let me put this starkly: Clingy, desperate women tend to attract uncaring, insensitive men. And vice versa! The reason it’s not always obvious at first is that unhealthy people attract people with complimentary dysfunctions. For example, people with addictions tend to be attracted to people who are co-dependent; saviours types who have a need to be needed. Unfortunately, your partner will not only not be able to help you, but they may actually oppose your healing because your remaining as you are meets their need!

The result? Two very dependent people, each working hard to ensure that their partner never changes because then their need might not be met! This is like two patients with no doctor. Or as one of my friends put it, two ticks, no dog. Trust me, you don’t want to end up there!

If you don’t take time now to deal with issues from your past, they will only reappear in your relationships at a compounded level. If you don’t resolve that issue with your mom, deal with that rivalry with your sibling, or sort out that lack of trust that you have for others, it will only reappear ten times bigger in your marriage. It doesn’t matter what qualities you put on your list; you will only attract people like you. Only a whole person can attract another whole person.

The best thing you can do for yourself this Valentine’s Day is commit to do whatever it takes this year to become spiritually and emotionally whole. History does not have to repeat itself!