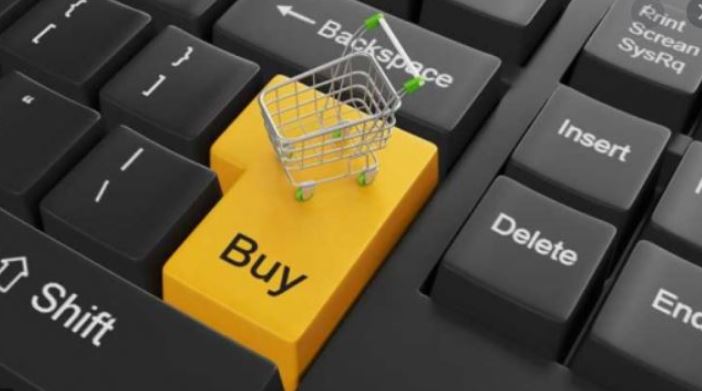 Data, someone said, is the new gold. All around the world, new billionaires are not dealing in gold, property or even oil, but in the cyber world. No one wants to be left out of the digital revolution which is spawning a lucrative market for those keen on hitting it big.

Among the many good things the online market has come with is the ability to invest while seated comfortably in your living room. All you need to create is an online account and you are good to go. Unfortunately, as they say, every marketplace has its mad men. Many of these online investment platforms have sprouted out recently offering unbelievable returns reminiscent of the infamous pyramid schemes that killed many investment dreams.

From simple cons to elaborate schemes, attempts to prise away your hard-earned money are nothing new. There are arguably more windows of opportunity for scammers today than ever through these platforms. Today, we explain to you how these platforms work and how to identify scammers from afar.

This is now the talk of town. No city has been spared the allure of Crowd1, a multi-level marketing firm which the Common Market for Eastern and Southern Africa (Comesa), however, describes as bearing all the hallmarks of a pyramid scheme.

Comesa noted that the operations of the company were being investigated in some jurisdictions. Authorities banned Crowd1 in Namibia after they found that members make money by recruiting others, a characteristic of a pyramid scheme.

“In Philippines, authorities issued a cease and desist order to Crowd1 for operating without a licence,” read part of the alert by Cemesa’s Competition Commission. Authorities in Mauritius and New Zealand have also issued investor alerts, while those in South Africa are still assessing complaints raised.

“The commission has observed that some pyramid schemes pose as multi-level marketers that pretend to be selling products,” said the commission.

“However, at a close glance, there are no sustainable earnings from the sale of the products and members are often advised to recruit others to make money.”

“Instead of paying media to market you, you rely on word of mouth and the seller/advertiser is rewarded for that effort instead of an advertiser,” explained Johnson Nderi in a previous interview, contrasting this with a pyramid scheme which is a “money shuffling exercise.”

Online forex, or dealing in foreign currencies, is not illegal. The trade, both online and offline is normally regulated. For the regulated schemes, there are dealing and non-dealing options. With the dealing, such as the one by the Standard Investment Bank (SIB), you give the money to a dealer who will trade on your behalf and give you a return at the end of a particular period of time.

With the non-dealing, you open your own account and trade directly with the interbank rates. However, there are online forex sites that are not regulated. Here, should anything happen, you are on your own.

One common scam, exposing bitcoin users to theft, is the sale of a hardware wallet with a compromised pre-configured seed phrase, which allows hackers to steal funds. Since bitcoin exchanges are unregulated, fraudulent exchanges can trap investors with the promise of unrealistic prices and heavy discounts on use.

Websites featuring fake ICOs instruct users to deposit funds into a compromised wallet through their site, resulting in the theft of funds. One scam entails selling hardware wallets to users with a ‘pre-configured’ seed phrase hidden under a scratch card. The new user is told that he should scratch the card ... and set up the wallet with the compromised seed.

There are websites, such as the defunct Public Likes, which promised to earn people money merely by clicking on ‘adverts’.

Public Likes grabbed the attention of new investors by offering them short-term returns that are abnormally high. It is clear that the returns were not on legitimate business activities. This site, which described itself as “social media marketing,” purported to connect advertisers with potential customers.

Users of the site get paid by simply clicking on the adverts or Paid-to-click (PTC). The money they receive is allegedly payment made by advertisers for every click, or what is known as Pay per Click (PPC)

They would also start earning from referrals, earning Sh4 for every click made by the users they introduced, a feature of a pyramid scheme.

The internet has made shopping for a house to rent to be a lot of easier. However, it has come with its own challenges, including scams.

The most common scams in rental listing scams include the “bait-and-switch,” which is when a different property is advertised than the one that is actually available. The scammer tries to collect a deposit or get a lease signed for this property.

Another is the “hijacked ad,” which can even happen on homes that are legitimately for sale. The scammer poses as a fake landlord, advertising the for-sale home, but changing the contact information. Another scam is listing a property that is already leased and then trying to collect application fees or security deposits.

Selling and buying goods online is the other big venture. Almost everything can be bought and sold online. However, in as much as it has made life easier, it has come with its own challenges.

There are a lot of Kenyans who have seen products they have liked on an online platform, made a call to the seller but when they met for the exchange to be completed, things turn nasty.

People have also been conned by being made to pay for products upfront. If you are not sure about the buyer, and you have not received the goods or service, it is advisable not to pay the goods using a credit card, debit card or mobile money.