My battle with HIV and cancer of the vulva

In 1997, my husband died from a HIV/AIDS related illness. But before he died, he confessed it.

I suspected I was infected as well but I didn’t have courage to go for the test, I was also in denial. I lived in denial for a while convincing myself that I was not infected.

One day, I developed chest problems and began coughing sporadically. I remember people glancing in my direction and chattering behind my back.

I could only imagine what they were saying about me having lost a husband to HIV.

We lived in the staff quarters of Egerton University, Njoro. My husband taught philosophy and religious studies at the university while I was a teacher at Kilimo High School inside the university.

It was a tight knit community and therefore his death was an open secret.

The cough, it turned out, was TB. The doctor drained a fluid that had developed in my lungs and put me on drugs.

That is how my battle with HIV began. A positive diagnosis confirmed my fears not long after.

I was certain I was going to die. But then we had a daughter who was three and it tormented me just thinking of what would become of her when I was gone.

I felt life was unfair. Do you know why? Because when I met my husband I believed he was the hope that would smother pain and hurt of yesteryears.

I was a student at Egerton University’s Laikipia campus and he was a lecturer when we met. We shared faith as Catholics.

Our love sparked while on a church mission. We were part of a team of catholic faithful that had visited resurrection garden. He plucked a live flower and gave it to me.

I was so touched and I felt special. It felt particularly nice because I grew up without a mother (mum died when I was three) and my stepmother mistreated me until I left home to live with my sister.

We started a relationship and about a year later our daughter, Angela, was born in December 1994. I moved in with him and we began living as husband and wife.

Now do you see what I mean?

I began using ARVs in 2000 but I was not very keen with dosage. I would miss some days.

I went off ARVs for some time because I did not have money to purchase the drugs which were a bit expensive then.

In 2002, I developed an abscess on my back. The nurses did not dress the wound well and I contracted bacterial meningitis.

This was the second major opportunistic infection I was dealing with. It was treated successfully and I survived.

In 2005, the government made ARVs available and I continued taking the drugs. Again, I was not keen with the dosage. I was also taking nutritional supplements – believing they boosted my body’s ability to fight the virus.

In 2008, I went to hospital while ill and the doctor asked I do a test for viral load count. It was one million – way higher than normal. And my CD4 count was 34. I was a walking corpse.

I was put on a new line of ARVs. All the while I never told anyone about my HIV status. Those who knew did so out of suspicion based on my husband’s death.

Stigma was rife and painful. Plus, I had a daughter growing and I feared for her; how would she handle news that I had HIV?

She never got to know until 2012 – when she had completed high school and she was 18.

She actually found out by mistake. She had gone through my handbag and had seen the many bottles of drugs that I was taking. She asked me what the drugs were.

I sat her down and told her that her father died of Aids and I too was infected.

My biggest fight awaited me in 2011 when I began suffering from constipation. It was a struggle relieving myself. My stool would come out with traces of blood.

I went back to the doctor and he did a biopsy. The diagnosis was cancer of the vulva. When I was told I had cancer, I felt depressed.

I sought help with a different team of doctors in Eldoret where surgery to remove the cancer was done. This was followed with radiotherapy at Kenyatta National Hospital.

Again, around January 2017, I started having sores, now on the left labia. And then in May I also developed urine incontinence.

The sores were painful and they bled as well. I went back to hospital and a CT scan confirmed that the cancer of the vulva had spread to the left labia.

Urine incontinence, thank God, was due to radiotherapy and nothing serious.

Another surgery was done and the tumour removed. I would undergo two more surgeries within a month from complications of the first surgery.

I was put on six rounds of chemotherapy. My body took the hit and my hair fell off: eyelashes and all. Last year in January, I completed chemotherapy.

You must be wondering at what point I became comfortable to go public with my status.

This was in 2016. This is the year my viral load, for the first time, read ‘undetectable’. For a decade and a half I had taken ARVs yet the viral load never quite went down. 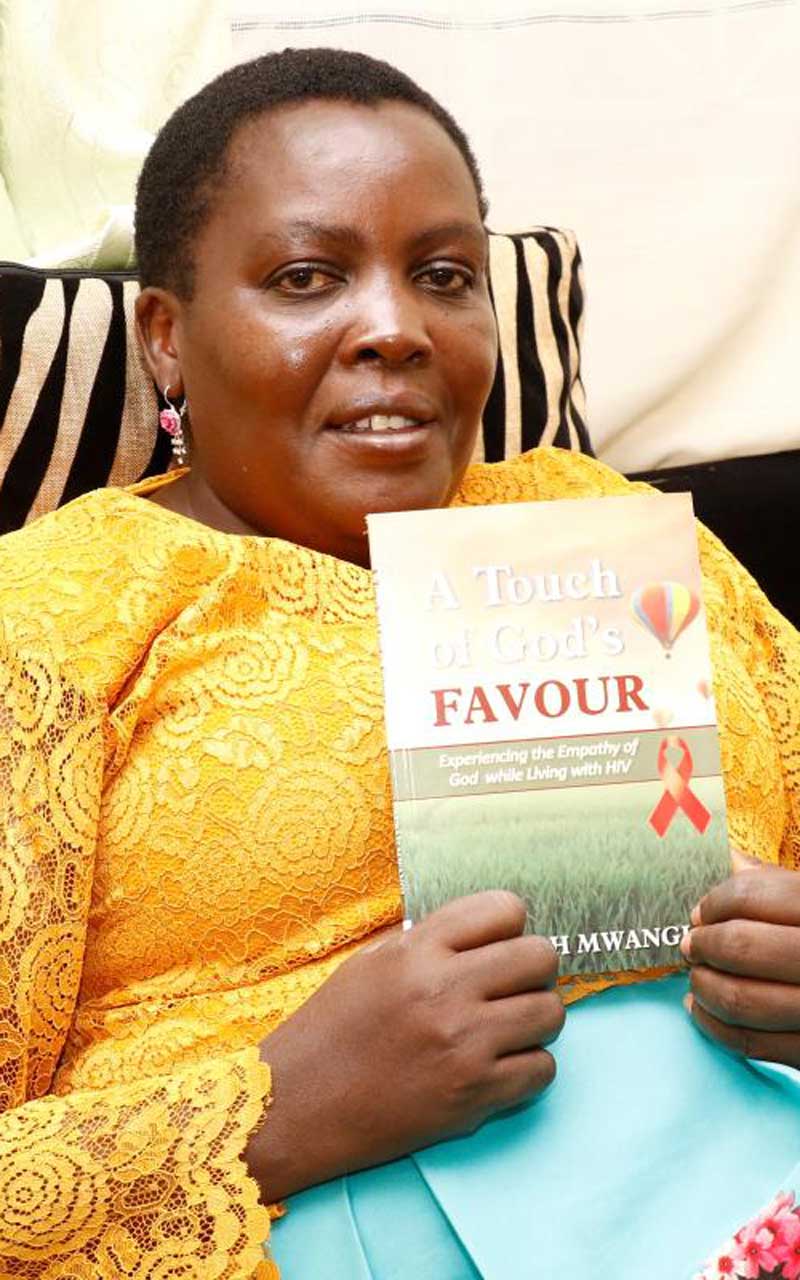 I would meet other patients I knew through support groups and they would tell me their viral load was undetectable yet mine was still high.

This, I learnt later, was because I did not follow prescription instructions to the letter. The supplements I kept going back to also worked against the ARVs, I would learn.

So, in 2016, when my viral load read undetectable I felt like I had accomplished something big. I felt sharing this accomplishment with the world would be beneficial to others.

I got over the fear of stigmatisation. I am now contented with myself. I am at a place I believe my story will help others and I am not afraid to share my experience.

I have done MRIs and the cancer is gone. My viral load is undetectable.