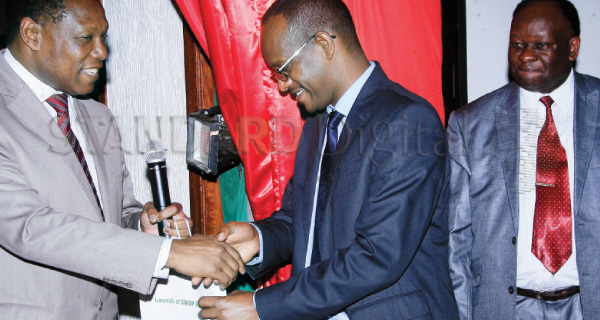 The government plans to vigorously promote a policy requiring women to have only two children.

The move comes after the realisation that the country can no longer sustain the population at the current birth rates of more than four children per woman.

The Kenya Population Situation Analysis, released yesterday by the Ministry of Devolution and Planning says the demand for children is still big in Kenya and must be managed downwards.

“The demand for children is still high and is unlikely to change unless substantial changes in desired family size are achieved among the poor in general, notably in the northern arid and semi-arid areas of the country,” says the analysis, the first of its kind to be done in any African country.

The analysis was availed by the ministry’s Economic Secretary Stephen Wainaina on behalf of the Cabinet Secretary Ann Waiguru.

The document falls short of suggesting the two-child policy be made mandatory. The authors leave no doubt that Kenya has no prospects of achieving Vision 2030 or significantly improving the lives of its people unless the desire for more children is contained.

In the absence of a punishment and reward system for achieving the two-child-policy, the authors suggest a robust, well financed and articulated family planning campaigns backed by health workers and contraceptives.

The other big gun in the ‘fertility decline’ war is making sure girls remain in school and get quality education.

“Overall the greatest fertility decline over the last two decades was among women with at least secondary education,” said Wainaina.

While the report indicates that the poorest woman has the highest number of children, it also shows significant fertility differences within regions.

Over the last two decades, Central has had the greatest fertility decline, followed by Eastern, Nairobi, and Rift Valley provinces respectively. The decline has actually happened among women from better-off households.

But when compared to eight other African countries, Kenya at a fertility rate of 4.6 children per woman is doing much better than most countries with both Zambia and Uganda indicating 6.2 per woman. “However, this relatively good show is nothing to celebrate about,” the study indicates.

But it is not all doom and gloom. A big, youthful population, especially one like Kenya’s, has the potential to change the fortunes of the country.

The analysis says Kenya is has a window of opportunity thanks to the huge bulge of its working age population, but if it is not quickly and well enhanced it can poison the country.

“A youthful age structure is likely to undermine sustained development, security and governance and will likely precipitate corruption. However, it can also create opportunities for the country,” says one of the most detailed documents on population ever produced in Kenya.

While there has been panic over youthful population growth, the report says such a bulge played a big role in creating the economic miracles of the East Asia Tiger - Thailand, Malaysia, South Korea, Taiwan and Singapore.

“There is no reason why Kenya cannot do the same,” says George Kichamu, the acting Director General at the National Council for Population and Development, which has been instrumental in preparing the document.

“But only if we can build adequate capacity to absorb and productively employ the new labour joining the work force rather than having it as a mere demographic characteristic.”

The analysis says the current population structure is at an historic moment, which can be used to turn the young population into an asset.

The report shows a population structure where children aged below 15 years are in decline; those over 60 are few thus the bulk of the population is of working age.

“Yes we can,” says Kichamu adding: “If we can manage this moment of transition well.”

The report says the Kenyan population is in transition - from children to working ag - something that won’t happen again for more than three decades.

The report further says Kenya is currently holding a blank cheque and it can very well mark its dividend. “Since these demographic dividends are unlikely to reoccur, a country must act quickly to make its beneficial effects more pronounced.”

Assuming the available labour force is well trained and absorbed in quality employment, it will most likely not marry young, will definitely have fewer children who will receive better education and health care.

While this will result in a healthier and better-educated population, it will also ease pressure on other demands such as food, housing, and energy requirements. “With fewer children, there will be greater investment in education and health,” says the report.

But to create a good working future generation, the authors call for more investment in the current youth aged between 15 and 24 because there are some worrying health trends that are being entrenched.

For example, girls are having sex much younger than before and even as early as at age 12, which is an issue of concern.

The recently launched Kenya Aids Indicator Survey showed that girls as young as 10 are having sex and by 20, very few are virgins.

Again, poverty is seen to have a hand in this. The document quotes a 2011 government study which showed that 77 per cent of women from poor backgrounds  in Kisumu had sex by the time they were 17 compared to just 36 per cent from rich households.

Adolescent motherhood is highest in Nyanza and Coast provinces. The authors are worried and unable to explain why the numbers of adolescent mothers at the Coast has increased.

By Mactilda Mbenywe Jan. 31, 2023
Why tropical diseases still plague the poor in Kenya
.