Scientists have warned Kenyans against relaxing on Covid-19 containment measures as China imposes a lockdown following a surge in infections. It has not been established whether the rising infection if linked to a new strain that is more transmissible than omicron.

China imposed a lockdown on 9 million people in Changchun on Friday following the new outbreak.

On Saturday, the country recorded 1,524 cases, and 3,400 yesterday. A surge in infections has resulted in the closure of schools in Shanghai.

The country announced that it would introduce rapid antigen tests, for the first time, as several cities record a surge in infections.

Prof Julius Oyugi, Director of Research at University of Nairobi Institute of Tropical and Infectious Diseases, says there is likelihood of the strain spreading globally. “The world is a global village. What is happening in China today could happen in Kenya tomorrow. The viruses are highly transmissible through travel; this is how these new viruses find themselves in new regions.”

Covid-19 originated in Wuhan, China. Almost 500 million people have been infected, 6.4 million fatally. “Kenya has not yet contained Covid-19, and there is a possibility of mutation of the virus. That might lead to severe strain. We could have taken more time to boost our vaccination numbers,” says Prof Oyugi.

He says the country should have relaxed the measures after ensuring at least 60 per cent of the population was fully vaccinated.

As per data, a total 17,105,622 vaccines have been administered. At least 7,918,233 are partially vaccinated. “Proportion of adults fully vaccinated was 28.7 per cent. The government is working towards vaccinating a targeted population of 27,246,033," reads a section of the Health ministry's Covid-19 report.

Prof Oyugi says the ministry should have also checked Covid-19 infections across the globe before relaxing on the measures.

A number of Kenyans have since stopped wearing facemasks after the announcement, a move scientists have taken an issue with.

The researcher said the virus was still in circulation, irrespective of low infection, hospitalisation and deaths. “Omicron has not caused a severe strain in the country, but we should remain alert,” said Prof Oyugi.

Concerning exempting travelers from PCR tests, he said even those vaccinated risked being infected and transmitting the virus.

Testing, he added, should not only be done among the sick, but detecting should continue to identify individuals carrying the virus, with the potential of transmitting it. “We could have waited a little longer instead of rushing to give the impression of not wearing masks and also exempting travelers from PCR tests,” he said.

He added: “My greatest worry is that we are getting into political campaign season, and should there be a new variant, the virus can spread quickly,”

In an interview with The Standard, Mr Kagwe said the review of the measures was based on scientific research, in regard to the spread of the virus and the country’s preparedness to manage it. “We are not doing what everybody is doing, we are getting details on hospitalization, oxygen supply and if it is properly done,” he said adding that trend globally, informed on the decision.

In an earlier interview with The Standard, Matilu Mwau, an infectious disease specialist, also deputy director at Kemsa said Omicron might not have been so deadly, but at the same time, the wave found many people vaccinated, while a number had been vaccinated.

However, with the closure of schools, the researcher observed: “there might be dynamics in Kenyan community since the majority of school-going children are not vaccinated, therefore we might end up reporting a rise again”.

Though infections in Kenya and other states globally have decreased, World Health Organisation (WHO) has warned that the pandemic is yet to be contained.

“Although reported cases and deaths are declining globally, and several countries have lifted restrictions, the pandemic is far from over – and it will not be over anywhere until it’s over everywhere,” WHO General Director Dr Tedros Adhanom said on Wednesday.

Tedros noted that many countries in Asia and the Pacific are reporting a surge in cases and fatalities.

“The virus continues to evolve, and we continue to face major obstacles in distributing vaccines, tests and treatments everywhere they are needed,” said Tedros.

Further, WHO has also raised an alarm over the spread of the Deltacron variant of the Coronavirus could be the next global major concern.

The variant, with traits from Delta and Omicron variants of concern, is reported to be widespread in France, Holland and Denmark, in Europe.

On Tuesday last week, the chief scientist at WHO Dr Soumya Swaminatha tweeted “We have known that recombinant events can occur, in humans or animals, with multiple circulating variants of #SARSCoV2”

Further, she warned, “…need to wait for experiments to determine the properties of the virus. Importance of sequencing, analytics and rapid data sharing as we deal with this pandemic,”

According to a study by MedRxiV, more cases of the variant have also been identified in the United States of America (USA),

As per WHO data, USA is currently reporting about 37,524 cases every day.

In the medRxiV study published on March 8, Deltacron was confirmed through genome sequencing conducted by experts in Marseille, France, and is spread in various parts of France.

According to scientific studies, the variant was created through the recombination process, which occurs when at least two variants of the virus infect a patient, concurrently and exchange genetic material that generates a new progeny.

Previous article
Africa in 'advanced' discussions to buy monkeypox vaccines
Next article
You can leave WhatsApp group chats without notifying anyone
. 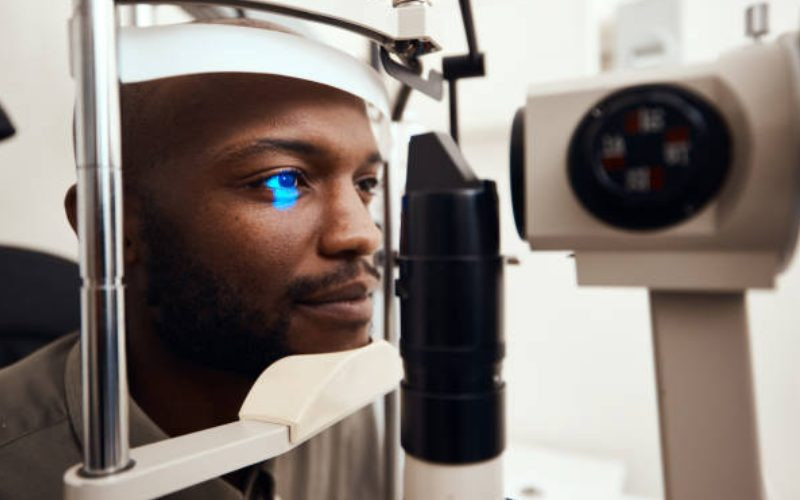