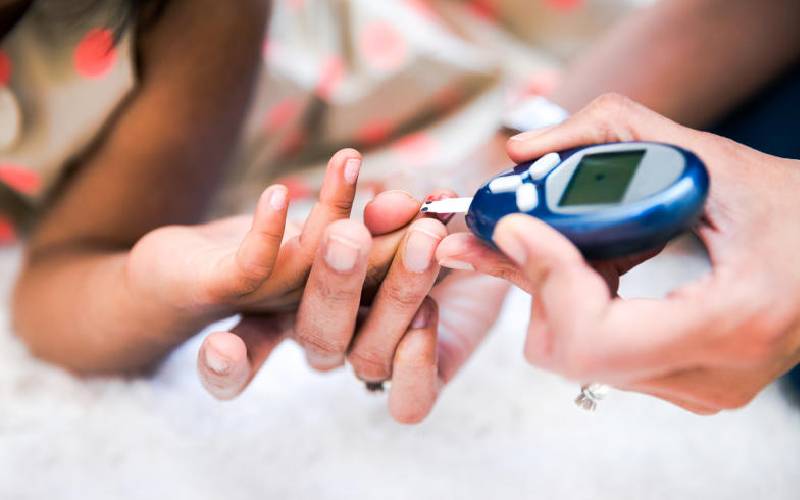 More than 18 per cent of Covid-19 deaths in Africa are linked to diabetes, the world health agency has announced.

The World Health Organization has said an analysis of 14 African countries shows the risk of complications or death from Covid-19 among people with diabetes increases with age. People aged 60 years and above are at a greater risk.

In August, the Health ministry announced that Covid-19 is killing diabetes and hypertension patients more than any other people with underlying medical conditions.

For instance, of the mortalities announced on June 18, seven had underlying conditions: four had diabetes, one high blood pressure, one bone cancer and one HIV.

Of the three fatalities reported on May 27, one had diabetes, the second had diabetes and hypertension while the third one had cancer of the breast.

The Kenya Health Information System January to March 2020 data from 21 reporting counties on hypertension indicate that a total of 67,465 hypertensive patients were seen and reported. Those hypertensive are disproportionately women, 49,144 were females while 18,231 cases were male. Diabetes was second with 15 per cent.

According to WHO, Type I Diabetes occurs when the pancreas does not produce enough insulin, while Type II, which is more common, is when the body cannot effectively use the insulin it produces.

"The African Region has experienced a six-fold increase, from four million cases in 1980 to 25 million in 2014. With around 60 per cent of people living with diabetes undiagnosed, the African region has the highest proportion of people unaware of their status."

A study in Kenya showed that 60 per cent of people diagnosed with the condition are not on medication.

“Far too many people are in the dark as to whether they have diabetes. People with this chronic condition suffer a double blow if they are also infected with Covid-19,” said Dr Matshidiso Moeti, WHO Regional Director for Africa.

The pandemic further disrupted access to health services as well as diabetes medication.

As the world marks Diabetes Day on Saturday, Dr Moeti said, “We must not lose sight of other health challenges as we combat Covid-19. World Diabetes Day is a key moment to call attention to this chronic illness, which is increasingly threatening the lives of Africans."

In many African countries, access to basic equipment for diagnosis and monitoring of diabetes is a challenge, especially in public and remote health facilities, WHO stated.

"There are limited supplies of insulin and oral hypoglycaemic medicine for diabetes on the continent, while health workers are not sufficiently trained in diabetes diagnosis and care for patients," the statement added.

The African region is also witnessing a rise in diabetes risk factors such as obesity.