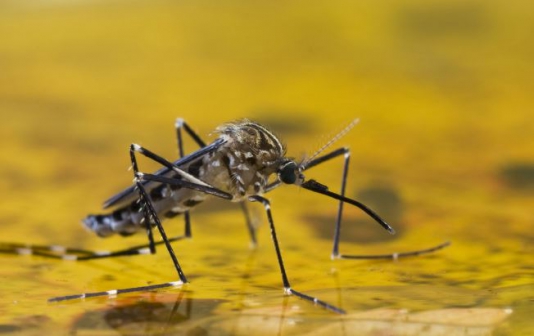 It is the stuff of a disaster movie: an outbreak of yellow fever in Congo's capital city, full of unvaccinated people mostly huddled together in slums with too few drains and the kind of sticky, fetid climate that mosquitoes love.

Kinshasa's 12 million people - twice as many as there are doses of yellow fever vaccine anywhere in the world - are largely unprotected against this sometimes deadly but easily preventable illness, which has killed at least 353 in Democratic Republic of Congo and neighbour Angola.

And though the mosquito-borne virus has yet to gain momentum in Africa's third largest metropolis, officials in Congo's government and the World Health Organisation (WHO) are racing to avoid a repeat of the kind of urban epidemics that decimated Western cities like New York and Philadelphia in centuries past.

With three weeks to go before they start a vaccination campaign for 11.6 million people against the hemorrhagic virus in three Congolese provinces, and only 1.3 million doses of the vaccine on their way to Congo, time is not on their side.

"The epidemic has become something that can exponentially reinforce itself. It's not that easy to reverse," Doctors Without Borders (MSF) head of operations Bart Janssens said.

"The risk is ... (significant) that this could become a big epidemic ... That's what we'd like to avoid at all costs."

There are currently just six million doses of vaccine in the world, and the method of making more, using chicken eggs, takes about a year. As an emergency measure, health officials have decided to split the doses into fifths, enabling them to cover more people, although only for a year rather than a lifetime.

"Kinshasa has millions of inhabitants. We cannot allow the epidemic to spread there," Congo's health minister Felix Kabange told Reuters by telephone.

"We realised that if we gave the full dose, the time needed to manufacture all those vaccines would risk allowing the epidemic to embrace the whole country."

Yellow fever was once a big killer in the West, wiping out about a tenth of the population of New York and Philadelphia in the 18th century. Then, 80 years ago, a vaccine was created and the virus was quickly eradicated in the rich world.

In Africa it mainly persists in remote rural areas, and not since the 1970s has it threatened a major city.

The current outbreak, with 3,464 suspected cases so far, about a third of them in Congo, began in Angola in December. Hitching a ride on popular trade routes from the capital Luanda, it jumped the border into Congo, then to its megacity capital.

A small but significant fraction of those who catch the disease die from jaundice, bleeding and multiple organ failure.

In Kinshasa, a city whose tin-roofed shanty towns encircle the skyscrapers of its business district, the fear is palpable.

"Everyone is panicking at the news of yellow fever. I'm afraid of catching it and dying," said street vendor Gallo Musambu, who has little hope of being able afford the vaccine.

"I don't even want to touch people from Angola because that's where it came from," he added, revealing that the government also has work to do explaining how it is transmitted.

Unlike the Ebola virus, which has killed 11,300 people in West Africa since 2013, yellow fever initially spreads slowly, as the mosquitoes carrying it don't travel more than 100 metres from where they are born, health officials said. That may give some breathing space for the response.

The response in Angola was at first somewhat lumbering, the MSF's Janssens said, but officials raised their game when it reached Congo, mobilising resources and implementing mass vaccinations.

Yet the bigger risk with a city, he said, is that the mosquitoes themselves start passing the virus on to their own larvae, enabling them to become a resevoir for the disease.

And, as with Ebola, a worry is that aeroplanes can carry the virus to other more distant cities.

Asia has never had yellow fever, despite being home to the mosquitoes that spread it. But this year 11 Chinese expatriates working in Angola contracted it and brought it back to China.

Erin Staples, epidemiologist at the Centers for Disease Control and Prevention (CDC), said there have been "a lot of phone calls in the past two weeks between the WHO and countries in southeast Asia" about how to prevent the disease spreading there. Many have started active screening at airports, she said.

Even with dose fracturing and a faster mobilisation, the campaign in Congo is expected to continue well into next year, said Eugene Kabambi, WHO spokesman for Congo.

Health officials worry that is a dangerously long window.