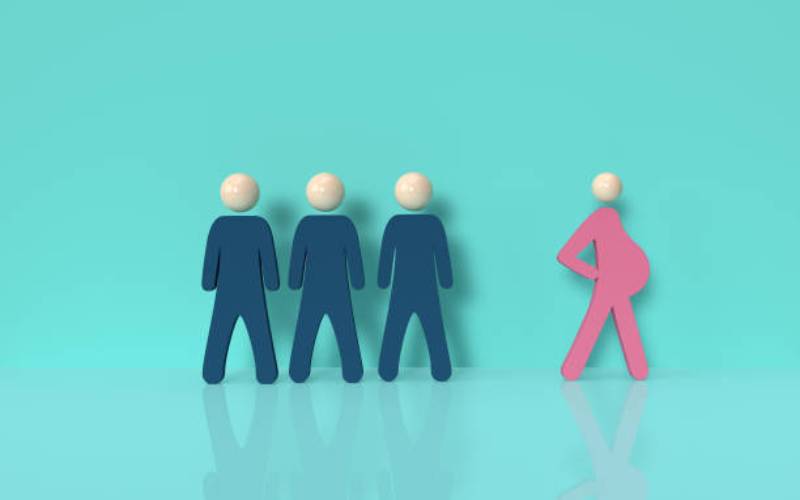 The fact that the Kenyan law gives women more off days during maternity leave compared to what men get for their paternity break has angered a Nakuru-based doctor who has moved to court to challenge the section of the Employment Act that makes the distinction he terms discriminatory.

Section 29 of the Act allows women to take up to 91 days (three months) off for maternity leave which is fully paid by the workplace. The woman is only required to give a seven-day notice to enable her employer to make the necessary adjustments.

On the other hand, the Employment Act 2007 provides for two weeks (14 working days) of paid paternity leave.

Dr Magare Gikenyi, a surgeon, has moved to the Employment and Labour Relations Court seeking to have the section of the law guaranteeing maternity leave quashed saying it discriminates against male employees who are fathers.

In his application dated January 1, Gikenyi wants the law to guarantee employed men the same number of days during paternity leave as women during their maternity break.

The medic wants section 29 of the Employment Act declared discriminatory against Kenyan male parents whom he said should be accorded equal treatment, the same way other sections of the Kenyan Constitution do.

“There is outright discrimination in terms of the duration of leaves of mothers and fathers of the same child. The differentiation or discrimination of duration of maternal and paternal leaves is not fair,” Gikenyi's application reads.

He noted the "offensive" section of the Labour Act gives mothers a three-month maternity leave, with full payment of salaries and allowances, a treatment he termed a violation of section 27 of the same Act that proscribes any form of discrimination based on sex, colour, language, religion, nationality, ethnic, pregnancy or other opinions.

“In the circumstances, this radical, irrational and illegal discriminatory policy which has been made by the respondents to defenceless Kenyans ought to be declared illegal, null and void and be quashed,” he said.

Citing scientific research by Rolle et Al (2019), titled: Father Involvement and Cognitive Development in Early and Middle Childhood, Gikenyi argued men were bearing a significant role in the development of children soon after birth and they should be allowed enough time to participate in the early cycle of child development.

“The study shows clearly that a father has a role in the development of a child and that the first few days after the child is born are important its development,” he said.

Gikenyi has named the Ministry of Labour and the Attorney General as first and second respondents, and the National Assembly, the Senate, Federation of Kenya Employers, Central Organisation of Trade Unions and Trade Unions Congress of Kenya as interested parties.

“The matter being determined transcends the circumstances of the particular case. It is not just mere discrimination of an individual employee, but it’s large scale discrimination which will have an impact on a number of employees in an organisation and has a significant bearing on the public interest,” Gikenyi said in his suit.

He added: “The issues to be decided are not mere questions of law but substantial queries of law and their resolution will have material bearing on the respondents, employers and employees and will significantly affect the labour market and all sectors of the economy including the Judiciary itself.”

The Employment and Labour Relations Court in Nairobi declined to declare the matter as urgent but directed the enjoined parties to respond to the suit before the end of January after which it will issue further directions.