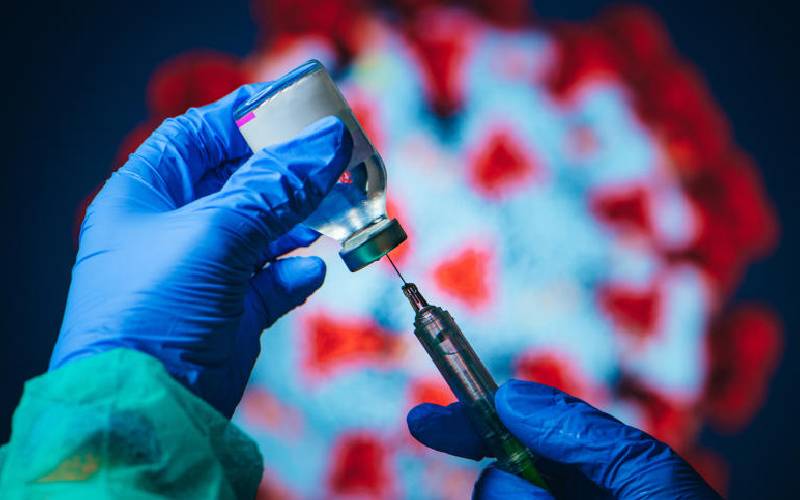 Kenya has so far vaccinated 5.75 million people against Covid-19, the Ministry of Health has said.

Out of this number, 3.83 million people have received the first jab, while 1.93 million are fully inoculated.

“The uptake of the second [Covid-19 vaccination] dose among those who received their first dose was at 47.1 per cent,” Health Cabinet Secretary Mutahi Kagwe said in a statement on Wednesday, November 10.

Wajir, Mandera, and Marsabit counties had less than two per cent of their adult population vaccinated against Covid-19.

On Wednesday, Kenya received an additional 765,600 doses of AstraZeneca vaccine from the Covax facility, bringing to 10 million the number of vaccines Kenya has acquired thus far.

Kagwe said 178 people out of 7,091 samples tested positive for Covid-19 in the last 24 hours, representing a positivity rate of 2.5 per cent.

In the last 24 hours, no new deaths were recorded, with the death toll standing at 5,314.

Meanwhile, Kenya’s leading medical supply manufacturer has received funds to manufacture syringes, amid looming shortfalls besides efforts to ramp up fight against the Covid-19 pandemic Revital Healthcare (EPZ) Ltd has received $4 million (Sh400 million) from Bill & Melinda Gates Foundation to expand production of auto-disable syringes from about 72 million to 265 million annually, towards the end of 2022.

Bill & Melinda Gates Foundation estimates that the supply will cover more than half of the routine immunization needs in Africa.

Most low and middle-income countries have been depending on supply of syringes from India and China, before the global pandemic which increased demand following roll-out of vaccination programs.