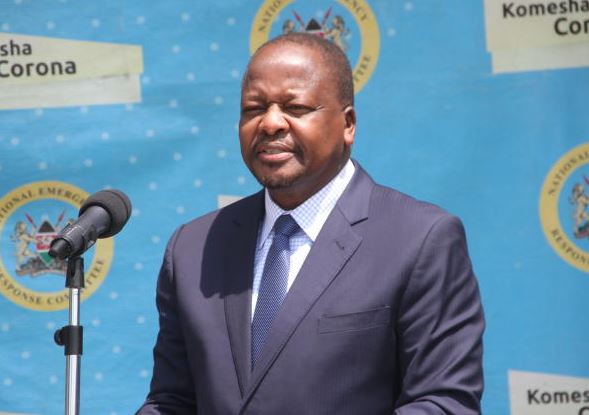 Some 796 people have tested positive for the coronavirus today, the highest number this month, from a 7,392 sample size conducted in the last 24 hours.

Seven hundred and forty-six of the new infections are Kenyans, while fifty are foreigners.

CS Kagwe says another three hundred and twenty-eight patients have recovered from the disease, “307 discharged from the Home-Based and Isolation Care program, while twenty-one were discharged from various health facilities countrywide.”

Three patients have succumbed to the disease in the last 24 hours, all of them being late deaths reported after conducting Facility Record Audits on diverse dates in the months of April and May.

“A total of 1,097 patients are admitted in various health facilities countrywide, while 4,842 patients are under the Home-Based Isolation and Care program,” Kagwe said.

Eighty-nine patients are admitted in the ICU, twenty-six on ventilatory support and forty-nine on supplemental oxygen.

The Ministry says it is observing 14 patients.