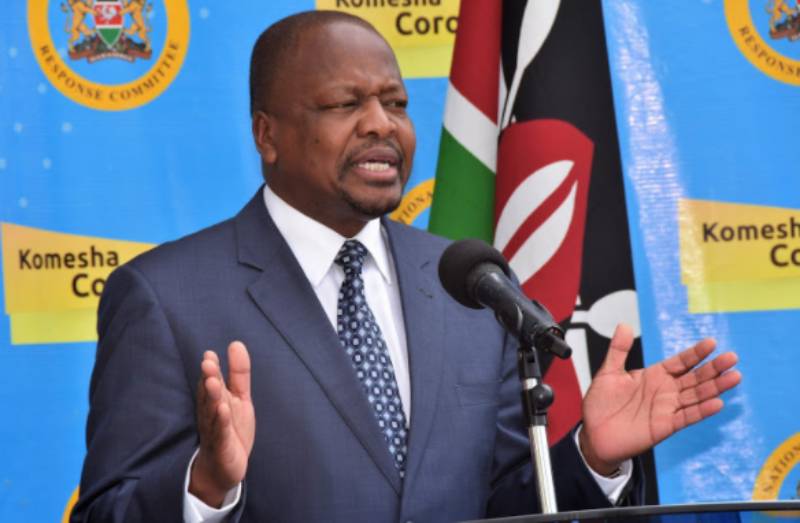 138 people have tested positive for Covid-19, out of a sample size of 4,526 tested in the last 24 hours, the Ministry of Health has said.

Additionally, three patients have succumbed to the disease, during the same period, raising the country’s fatality to 1,723.

In a statement on Thursday, CS Mutahi Kagwe (pictured) said the total confirmed positive cases now stand at 98,693 with the Ministry having tested at least 1,107,121 samples since the first case was confirmed in March, last year.

From the new cases, 119 are Kenyans while 19 are foreigners. 88 are males while 50 are females. The youngest is a one-year-old baby while the oldest is an 80-year-old.

Kagwe noted that 266 patients had recovered from the disease. 251 from the Home-Based Isolation and Care, while 15 are from our various facilities. The total recoveries now stand at 81,933.

According to the Ministry, currently, there are 680 patients admitted in various health facilities countrywide, while 1,730 are on Home Based Isolation and Care.