Alcoholism in the time of coronavirus 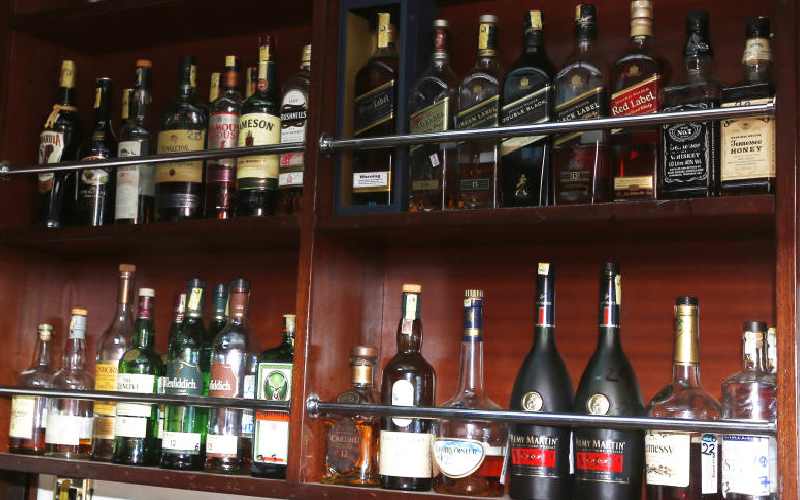 Nothing, not even lockdowns, January blues, price increases or death will keep Kenyans from their Christmas tipple or smoke.

Evidence shows all past efforts to separate Kenyans from their drink or tobacco have failed, instead leading to negative consequences.

Past policies to reduce use, a new report says, have resulted in higher household spending on tobacco and alcohol, and less on crucial food items and health.

The report by a team from Kenya’s Parliamentary Budget Office and the University of Cape Town, South Africa shows the first to go in tobacco and alcohol consuming household have been medicines, milk, eggs, vegetables, and some cereals.

This confirms earlier findings by the Ministry of Health indicating more than a third of heavy alcohol users are diverting resources meant for the household budget in order to buy alcohol.

“Women are talking about this at the church,” says Eunice Natela of Good Mission in Kawangware, Nairobi.

Of concern, she says, is the ability of men to spend all their money, including digital loans, in secrecy, provided by mobile phones.

“Without paper currency, we can no longer follow the trail of money and demand the household share. The children are worse off,” says Natela.

In 2007 and 2010, Kenya adopted tough tobacco and alcohol control laws, to reduce the number of deaths and diseases related to the use of the two drugs.

Tobacco is blamed for about 8,000 annual deaths in Kenya, while four of every 100 deaths have been linked to use of alcohol. 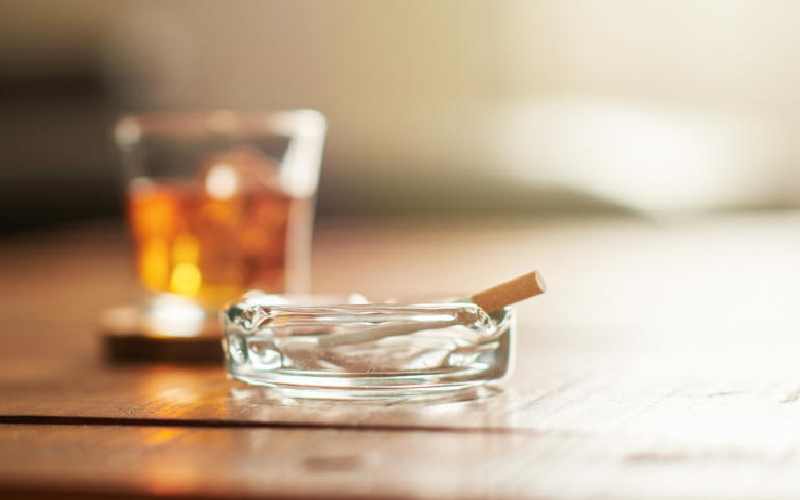 The control strategies have involved a combination of price increases on the two commodities, ban on advertising, health warnings, and reduced access.

The new report, which analysed data from recent Kenya Integrated Household and Budget Surveys of the Kenya National Bureau of Statistics, says Kenyans are spending on alcohol more than ever before.

“Households are spending more on alcohol and tobacco, effectively crowding-out expenditures on medicines, vegetables, bread, and cereals,” says the May report appearing in the journal Social Science & Medicine.

“The biggest increase in alcohol spending has been on spirits,” says the new study led by Abel Otwori Nyagwachi.

Kenyans’ pure alcohol consumption has more than doubled within this decade and is expected to hit an all-time high by 2025.

Alcohol strength in most spirits sampled recently in Nairobi was almost up to 60 per cent against the recommended 40 per cent.

At the same time, alcohol strength in most of the chang’aa was up to 86 per cent compared to the recommended 35 per cent to 57 per cent content by volume.

Last year the Ministry of Health warned of increasing binge or Heavy Episodic Drinking; where a person takes more than six standard drinks per sitting.

In the study led by Dr Gladwell Gathecha, Kenyans were found to binge heavily during weekends to compensate for reduced weekday drinking hours.

When, in April, the government further limited drinking hours due to the Covid-19 pandemic, home delivered alcohol soared.

“There was a surge in alcohol abuse during the lockdowns, especially due to increased home deliveries,” says Judith Twala of National Authority for the Campaign against Alcohol and Drug Abuse (Nacada).

Twala was commenting on a global study that had listed Kenya among the countries most affected by heavy alcohol and drug use during the lockdowns.

“Demand for drug rehabilitation services has outstripped available capacity,” Victor Otwoma, the CEO at Nacada, told the National Assembly in May.

In his annual report to Parliament, Dr Otwoma said there was no space for more patients in the four public drug rehabilitation facilities. 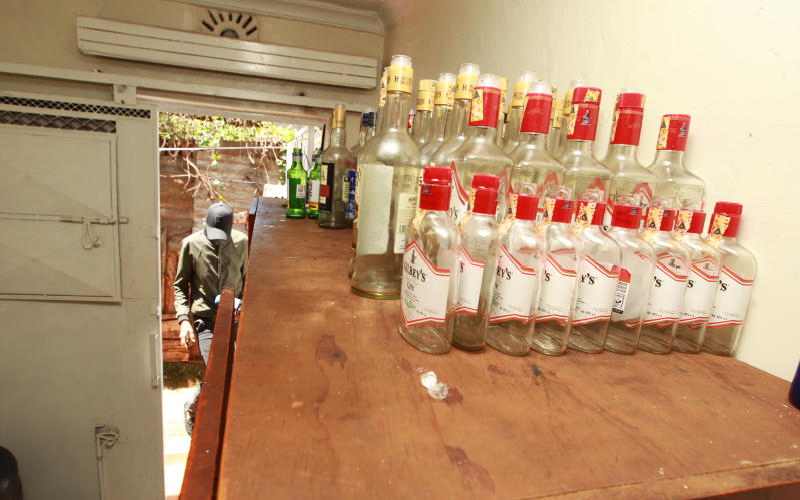 The situation, he said, is so bad that children as young as four are abusing drugs. “Our data shows an overwhelming knock-on effect of parental use and exposure of children to alcohol and substance use.”

The agency, she said, is strongly opposed to the consumption of alcohol and drugs through organised group-drinking bouts in homes in the presence of children.

“We appeal to members of the public to report such cases through our toll-free line No. 1192 or to other government agencies.”

Efforts also to reduce deaths, illnesses and disabilities caused by drunk driving in Kenya have not been successful.

In anticipation accidents may peak during the festive season, the government has hinted at the reintroduction of alco-blow.

In the first four days of October alone, the National Transport Safety Authority (NTSA) said 60 people had died due to drunk-driving.

“From October 2 to 4, 2020, a total 60 persons lost their lives, most due to drunk driving,” said NTSA in a recent statement indicating a rise in traffic fatalities this year compared to 2019.

While Kenyans are not slowing down on alcohol and tobacco use, neither is the government letting up.

Parliament has proposed the amendment of the alcohol law to raise the minimum packable alcohol from the current 250 milliliters to 750 milliliters.

“This is in order to deal with the menace of excessive drinking occasioned by the sale of very low quantities of alcohol, making it accessible to youth and children,” says legislator Danson Mwakuwona Mwashako, who has sponsored the amendment.

The Ministry of Health has even grander schemes to stop smokers. In the last two weeks the ministry has been conducting public participation forums on draft laws for the establishment of a Tobacco Control Fund.

The fund, with an initial capitation of Sh20 million, will be funded through the tobacco industry to support anti-smoking activities.

Such activities will include helping smokers to drop the habit, rehabilitate addicts, compensate those who get sick from smoking and meet their medical bills.

“The establishment of this fund is long overdue, but has been undermined every foot of the way by the tobacco industry. We hope this time it will work,” says the Kenya Tobacco Control Alliance.

Why prostate care should be a priority