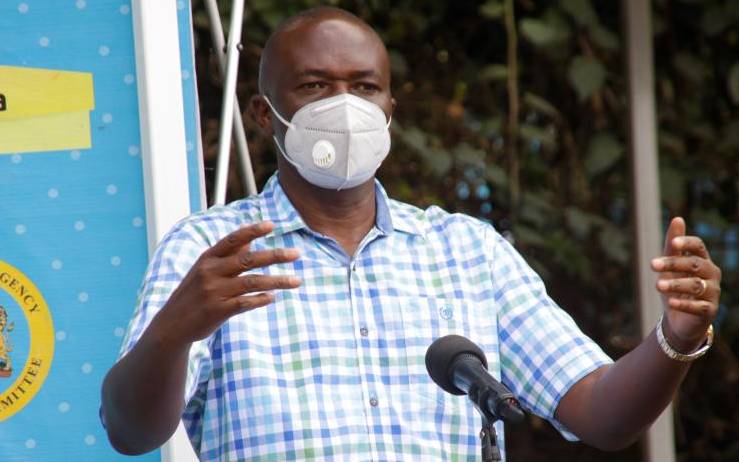 A shortage of test kits and reagents has forced the government to revise its discharge protocols of Covid-19 patients.

The latest protocols by the Ministry of Health (MoH) now dictate that as long as a patient does not exhibit fever three days after all the other symptoms have cleared, they can be discharged without necessarily taking another test.

These changes follow projections detailed in a Ministry of Health document that shows up to 42 million Kenyans can get infected by January 2021, which represents 88 per cent of the population.

However, using the current estimates of transmission in Kenya, the document titled Targeted Testing Strategy for Corona Virus Disease (2019) in Kenya, projects that 68 per cent — 32.6 million Kenyans — will be infected by November 2021.

“If 68 per cent of the Kenyan population ends up infected, and assuming that 10 to 15 per cent of those will be symptomatic and will, therefore, need medical attention and testing, then in a population of 48 million people, at least 3,264,000 to 4,896,000 people will need at least two tests each,” reads the document.

The document, signed by Health Director-General Dr Patrick Amoth (pictured above) states that from these postulations, it is safe to assume that up to 10 million tests will be needed by February 2021.

“Considering that our current testing capacity of up 7,300 tests a day (about 50,000 tests a week) amounting to 2.6 million tests a year, then the difference (7.4 million tests) will need to be met through other approaches,” the document reads.

The document confirms that there has been a massive challenge in commodities required for Covid-19 responses.

“The availability of tests from manufacturers of automated testing platforms is greatly diminished.

However, manufacturers of manual testing kits appear to have faced less several challenges and have often managed to close the gap significantly,” the document reads.

In the latest revision on how Covid-19 patients should be discharged, Amoth indicates that the decision has been necessitated by the shortage of test kits and reagents.

In the letter addressed to all the 47 county health executives dated August 3, Amoth states that the change in discharge protocol is due to widespread community transmission, the shortages of laboratory consumables, and reagent that affect diagnostic capacity, and with significant pressure on the health system.

As a result, he says there is a need for timely discharge of patients form isolation and treatment facilities so as to maintain healthcare for severe and critically ill patients.

“To aid public health prevention measures, it is paramount that at a time of discharge from isolation, patients are no longer shedding Sars-COv-2,” Amoth said.

In the latest discharge protocols, as long as a patient does not have a cough, fever, or shortness of breath for 72 hours straight, then they can be released to go home.

“At least 10 days would have passed since the date of their first positive Covid-19 diagnostic test, and they have not developed symptoms since their positive case,” Amoth said.