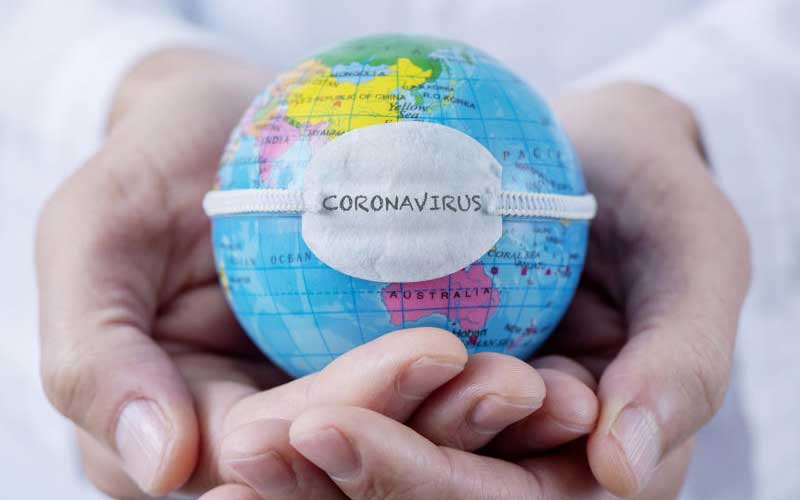 The World Health Organization, which has faced criticism over its early handling of the coronavirus crisis, on Thursday launched an independent review into the global response to the pandemic. Announcing the assessment, which will be presented next May, WHO chief Tedros Adhanom Ghebreyesus said it should help the world understand how to prevent such crises in the future. The Independent panel for Pandemic Preparedness and Response will be headed by former New Zealand prime minister Helen Clark and former Liberian president Ellen Johnson Sirleaf.

"Through you, the world will understand the truth of what happened and also the solutions to build our future better as one humanity," Tedros said at the UN agency's headquarters in Geneva. At their last assembly in May, WHO member states agreed to a resolution tabled by the European Union, which called for an "impartial, independent and comprehensive evaluation... to review experience gained and lessons learned from the WHO-coordinated international health response to COVID-19". It said the investigation should probe "the actions of WHO and their time-lines pertaining to the COVID-19 pandemic". At the time, the WHO was coming under attack from US President Donald Trump, who threatened to withdraw Washington's membership, accusing the agency of botching its handling of the pandemic and of being a "puppet of China". The United States on Tuesday formally started its withdrawal from the WHO, making good on Trump's threats to deprive the UN body of its top donor.

Public health advocates and Trump's political opponents voiced outrage at the move. - 'This has to stop' - Tedros hit out at divisions in the international community, warning of the consequences. "Make no mistake: the greatest threat we face now is not the virus itself -- rather, its the lack of leadership and solidarity at the global and national levels," he said. "We cannot defeat this pandemic as a divided world. The virus thrives on division but is thwarted when we unite."

The new coronavirus pandemic has claimed more than 550,000 lives worldwide, with nearly 12.1 million people infected since the outbreak emerged in China last December, according to an AFP tally on Thursday. "How is it difficult for humans to unite to fight a common enemy that's killing people indiscriminately? Tedros said. "Together is the solution, unless we want to give the advantage the enemy, to the virus that has taken the world hostage -- and this has to stop." Look in the mirror Tedros said it was time for honest reflection, and stressed it was important to remain vigilant. "All of us must look in the mirror: WHO, every member state, all involved in the response. Everyone," he said. "We're in the midst of this battle. The battle of our lives, and we have to do better, not just now but for the future. Because these threats will never stop and, in all likelihood, they will get worse." Clark and Sirleaf will pick their own panel members, and will have their own secretariat. The panel will stage a monthly mission briefing to give updates on progress. It will present an interim report to the next World Health Assembly gathering in November, with its full report to follow at the May 2021 WHA. Nobel Peace Prize winner Sirleaf said: "I look forward to doing all we can to respond to these challenges that have prevented us from being united in moving forward, not only to address the effects of COVID-19 but to ensure a better health system for all nations." Clark added: "This assignment could only be described as exceptionally challenging.