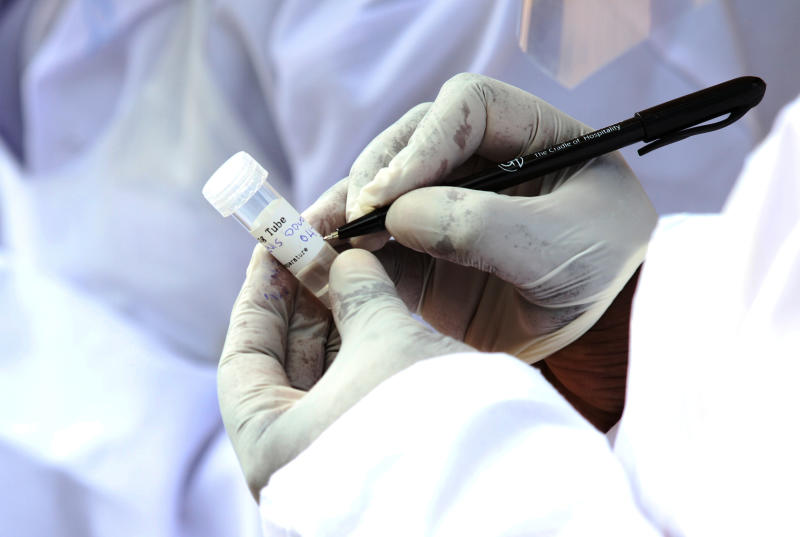 Medical experts now want the government to introduce a second type of test called the antibody or serology test to help understand the magnitude of Covid-19.

The test will also help researchers understand how sick the virus makes most people.

An antibody test, where a blood sample is collected through a finger prick or injection, shows whether you had the virus at some point in the past. The antibody test, they say, will help in mapping out the spread of the disease, which is crucial in deciding how to reopen the economy.

The test looks for antibodies in your blood, which are produced by the body when fighting an infection.

Scientists say the test has several benefits, including whether recovered patients have developed antibodies and if this confers any immunity against reinfection.

Secondly, researchers are studying how antibodies in blood donated by people who’ve recovered from Covid-19 might help treat the infected.

Also since the majority of people infected by the virus show no symptoms and do not know they were infected, the test will help authorities understand the spread and magnitude of the disease in the country.

“The test can give us a better idea of how common the virus is,” said Dr Hastings Ozwara, the director of Institute of Primate Research.

The institute will start conducting Covid-19 viral tests later this month in the government’s efforts to increase testing capacity.

“But for our research purposes, the antibody test will be very important,” said Ozwara.

The Ministry of Health says it is working on a comprehensive policy on the use of antibody tests to be published soon.

Health Director-General Patrick Amoth said although the antibody test has its challenges, it’s critical in informing the spread of the disease and would be a welcome tool.

“We have already validated two antibody tests – the Abbot ELISA and Wondfo RDT – and presented our findings to the government,” said Ahmed Kalebi of Pathologists Lancet Kenya.

He said data collected through antibody testing may help establish whether recovered patients develop some kind of immunity against the virus.

But the World Health Organisation (WHO) has cautioned that it is not yet clear whether recovered people develop immunity. Giving such people a clearance certificate, as it has been suggested, Michael Ryan, Chief Executive Director at WHO, says could confer them a false sense of security.

Seventy per cent of the over 2,000 confirmed positive cases in Kenya have been asymptomatic or with mild signs.

WHO has estimated that six million Kenyans will be infected with Covid-19 in the first 12 months, with five million being asymptomatic.

Health officials in Germany, UK and US are looking at antibody testing to figure out how to manage the opening up of their economies.

Some countries are considering issuing ‘immunity passports’– allowing holders to return to work and other normal activities.

Such a passport would be like the yellow fever certificate which allows people from high-risk areas to travel to other regions.

While the ‘immunity’ debate continues, scientists are largely in agreement the antibody test is crucial for containing the virus.

“There is a critical need for such tests, which detect antibodies made to specific viruses and other pathogens,” said Eric Fèvre, a senior scientist at the International Livestock Research Institute (ILRI).

ILRI is assisting Kenya with its state-of-the-art laboratories at Uthiru in Nairobi for the viral testing of Covid-19 samples.