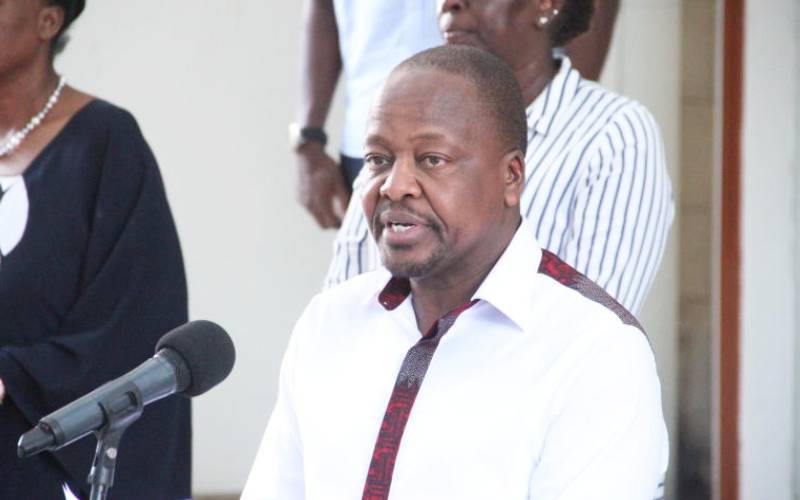 The number of confirmed cases now stands at 42. Out of these, one has died while another one was discharged after fully recovering. Two others are awaiting additional confirmatory tests after previous results showed they are negative.

In his daily updates, Health Cabinet Secretary Mutahi Kagwe (pictured)said between Saturday and Sunday, a total of 69 samples were tested. Four came back positive.

The four are one Kenyan and three foreigners from the US, Cameroon and Burkina Faso.

Three of the latest cases are based in Nairobi and one in Mombasa.

Of the 42 case, 24 are male and 18 female. Some 31 patients are in Nairobi, six in Kilifi, three in Mombasa with Kwale and Kajiado counties having one case each.

From all the positive cases, the government has contacted 1,426 people who have been in contact with them. Of these 215 have been discharged after completing the mandatory 14-day quarantine programme, while the rest are still being monitored.

Some 18 patients are at Mbagathi Hospital awaiting test results.

Mr Kagwe said the government has already embarked on a mass testing exercise of 2,050 individuals who came into the country between Sunday and Wednesday last week ahead of the suspension of international flights.

“These tests are based on arrival dates. Those who will test positive will be taken to isolation facilities. The exercise will continue until all are tested,” he said.

The CS debunked the claim that there are 7,000 people being held on mandatory quarantine, as argued by a member Dagoretti South MP John Kiarie.