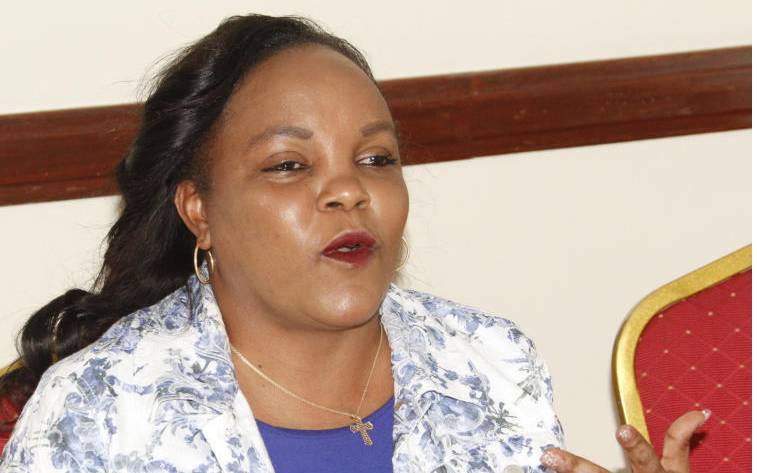 Kirinyaga County Woman Representative Wangui Ngirichi (pictured) says every day she gets at least five cases of request for medical assistance for people suffering from cancer. The Woman Rep says most of these cases are in Mwea Constituency, suggesting the area leads in growing of horticulture and fruits that require a lot of spraying, then the pesticides farmers are using may be the problem. Mwea is in the lower zone of Kirinyaga. The upper zone grows coffee and tea which do not require as frequent spraying as horticulture does.

Wangui said she has made a request to the Parliament to petition Agro chemical companies involved in the production of the harmful pesticides to stop producing them. “Once Parliament releases a list of the companies and the chemical they produce, I will take an initiative of publishing and distributing the list to the residents in order to make sure they avoid coming in contact with the outlawed pesticides,” she said.  “We are aware some agrovet proprietors were taking advantage of some farmers to get rid of the outlawed chemicals,” Wangui said. In September, Mt. Kenya Star highlighted how agrochemical companies from Europe and China are selling through hundreds of thousands of rural based agrochemical stores, extremely dangerous farm chemicals that have been banned in other mother countries, exposing Kenyans to an increase in risk of diseases like cancer. The companies are cashing on Kenya’s weak and slow regulatory system plus high-level ignorance of many farmers who have less opportunity to know which chemical has been banned.

The agrochemical manufacturers and sellers who are heavy spenders in rural media advertising, mainly in vernacular radios, use their influence to block airing of information such as that of banned agrochemicals as this may hurt their businesses.  Instead, they influence listeners to be told the message of prudence use of agrochemicals yet for those harmful, they still hurt animals and humans despite being applied as recommended. Arecent research done by several organisations revealed that the products registered in Kenya, that are withdrawn from the European market, are mostly sold by European companies, which account for 75 products, followed by Chinese companies with 55 products and Indian companies with 16 products. The research further reveals that the level of exposure to this toxicity is on all and sundry as residues are found everywhere: in our food, our drinking water, in the rain and in the air. The research was conducted several organisations including; the Route to Food Initiative (RTFI), Biodiversity and Biosafety Association of Kenya (BIBA-K), Kenya Organic Agriculture Network (KOAN) and Resources Oriented Development Initiatives (RODI).

We are scared, doctors now say

We are scared for our lives, doctors say

Youth in drive to end rise in teenage mothers