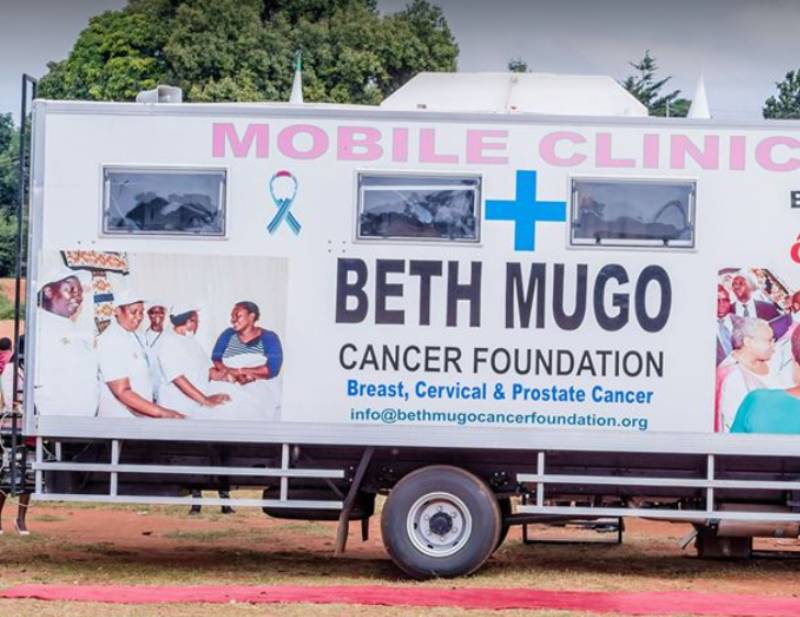 Beth Mugo Cancer Foundation in collaboration with the Co-operative Bank will be carrying out a free cancer screening in Embu County on October 31. The countrywide program of free cancer screening launched in a bid to improve cancer patient survival rates through diagnosis when detected at an early stage has proved to be a crucial intervention in the effort to effectively combat this scourge. Embu County will be the third county to benefit from free breast, cervical and prostate cancer screenings at Embu Level 5 Hospital as the two organisations partner once again.

“The two organisations have partnered together following the preliminary Kisumu County cancer screening activity in conjunction with the Beyond Zero in January this year and the recent cancer screening activity in Kakamega County in September. Residents in Embu County and beyond are invited to come for the free cancer screening,” read part of the statement. They have assured residents that they will also offer other services including; cryotherapy services for pre-cancerous lesion, HIV Counselling and Testing, screening for blood sugar levels, blood pressure and BMI, consultation for general illnesses, NHIF membership registration and nutrition services. Beth Mugo Cancer Foundation was launched in 2016 by First Lady Margaret Kenyatta and for the three years that it has been in existence, thousands have received the free cancer screening services. In a statement, the Foundation said they will be expanding their outreach programs across various geographic areas such as Nairobi, Kisumu, Narok, Kakamega, Machakos, Kiambu, West Pokot and Nyandarua County. Beth Mugo Cancer Foundation was established by nominated Senator Beth Mugo and her spouse Amb. Nicholas Mugo, with an aim to enhance cancer screening among Kenyans in order to promote early detection and ultimately reduce the disease burden.

In Kenya, cancer is now the third leading cause of deaths and second among non- communicable diseases accounting for seven per cent of overall mortality rate.