Health & Science
By AFP
| 7yrs ago 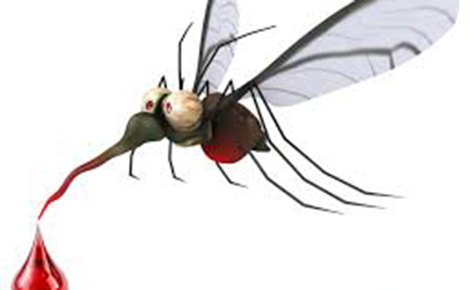 A British company's plan to unleash hordes of genetically modified mosquitoes in Florida to reduce the threat of dengue fever and other diseases has sparked an outcry from fearful residents.

As of Friday, more than 145,000 people had signed a petition at change.org urging regulators to "say no" to allowing the tourist-friendly fishing and diving haven to become "a testing ground for these mutant bugs."

The company, Oxitec, said it wants to try the technique there because something in order to reduce the non-native Aedes aegypti mosquitoes in south Florida and beyond.

"They are more than just a nuisance as they can spread serious diseases such as dengue fever and chikungunya," Oxitec said on its website.

The process involves inserting a gene into lab-grown, male Aedes aegypti mosquitoes. The added DNA makes it impossible for their offspring to survive.

Since the males do not bite -- only the females do -- the lab-grown males would be released to mate with wild females. These releases would take place a few times per week.

"Both the released mosquitoes and their offspring will die -- they do not stay in the environment," Oxitec said, describing the approach as "a new tool in the fight against mosquitoes."

Trials conducted in the Cayman Islands and Brazil showed a more than 90 percent drop in mosquito populations, according to the company.

But the project still needs approval from the Food and Drug Administration to move forward.

If it does get the green light, the mosquito releases could begin in a few months.

Opponents cite concern for the environment, and worry whether other creatures -- including bats and people -- might be affected by the introduction of the mosquitoes.

"Where is the third-party, peer-reviewed research on effectiveness and safety of GM mosquitoes other than Oxitec's own claims of success?" asks the petition.

"Dengue fever has been absent from the Florida Keys for years, which indicates the current methods of control and public education are working. What's the rush for this radical approach?"

However, health experts say that dengue is still a concern, as is chikungunya virus, which causes a rash, debilitating pain, fever and joint aches.

In July 2014, a Florida man who had not recently traveled outside the country became the first person in the United States to get the mosquito-borne chikungunya virus locally, and authorities say such cases are likely to become more common.

As a means of pest control, the concept of releasing sterile males into the environment is not new, according to Joe Conlon, a technical advisor for the American Mosquito Control Association, which has not taken an official position on whether or not to support the Oxitec project.

In the 1950s, flesh-eating parasites known as screw worm flies were sexually sterilized via radiation, and the male flies were released in Florida to cut down the population.

Irradiation doesn't work as well in fragile mosquitoes, but genetic modification can help curb breeding of a mosquito that reproduces mainly near people -- in standing water and even inside houses.

It is not a means for total eradication of mosquitoes, nor is it meant to substitute for pesticides, though some hope it could lead to less use of chemicals in the environment.

Conlon attributed the opposition to the Oxitec plan to a lack of understanding on the part of the US public.

"It's going to be a hard sell to the American public, who get their ideas about genetic issues by watching 'Jurassic Park,'" he said.

"When they are presented with something they don't understand, they immediately fear it."

By Gardy Chacha 2d ago
Impotence: I had semen but no sperms

By Rose Mukonyo 2d ago
Dr Eddie Mairura: 'Sometimes I went for 30 hours without sleep'