Systemic Lupus Erythematosus (SLE) is an autoimmune condition where the immune system designed to protect the body against infections becomes overactive and creates antibodies that attack the body’s own tissues and organs, including the kidneys, brain, heart, lungs, blood, skin and joints.

There is a huge battle within the body, threatening its very existence and one has to consistently and constantly fight it as a warrior on the battlefield. May 10th is the World Lupus Day marked to celebrate the Lupus Awareness Month.

I have had active Lupus for 15 years. The Lupus became reasonably active in 2006. Earlier in 1981, I had multiple slight joint pains that was thought to be arthritis, but ruled out after medical examination. In 2001 while studying in Vienna, I took advantage of their excellent medical facilities and did many tests for joint pains.

Again, arthritis and specifically rheumatoid arthritis was ruled out. Perhaps, had we tested on connective tissue, the Lupus would probably have been diagnosed.

With hindsight, I always thank God that Lupus did not then manifest itself, otherwise, this would have affected me psychologically and I would probably never have completed my PhD studies due to fear of the unknown since many people then would be given about five years to live from the time of diagnosis.

From around 2004, I had serious vertigo (dizziness and loss of balance) and recurrence of joint pains. By 2006, this graduated to serious joint issues on my fingers and toes, making my body go numb thus occasionally immobilizing me. I was thereafter diagnosed with vasculitis, an inflammation of the blood vessels that was persistent and this worsened the joint pains.

I was also now struggling with ‘restless legs syndrome’ that was very disruptive. With all these difficulties, we did laboratory tests including Anti-nuclear antibody test (ANA) and others which turned out positive for Lupus. By now, I had the malar rash or butterfly rash on my face and generally bad dry skin with patches all over. I also exhibited slight vitiligo (skin discolouration) on various parts of my body.

Armed with correct diagnosis, focused treatment and management started. With my doctor’s effort, we succeeded in creating my balance to have my system immunosuppressed.

There was also tooth decay with teeth falling off or breaking despite several root canals and fillings, glaucoma, puffed up and dry eyes which is managed by regularly instilling artificial tears, and many other conditions. I also had countless hospital admissions.

Ordinarily, I would pass for a very normal and healthy person apart from the time vitiligo visibly affected my mouth and lips and also when I had to use crutches due to unbearable joint pains. Additionally, my face was puffed up and moon-shaped for a long time.

The many medicines that I take regularly have really worked well for me and I feel great. I am a professor in one of the public universities and I am able to discharge my duties reasonably well.

I occasionally get extremely tired, very fatigued, and sometimes ill.

I listen to my body all the time for any trouble and try to fix it immediately. I thank God I finally got the balance in my system. There are however a few things I am not able to do like everyone else. I do not drive because of muscle spasms and contractions on my limbs.

I am unable to do regular house chores due to joint pains and fatigue. I also do not sit down at ground level because rising up is a real struggle.

My story is a long one that can produce a good biography. I give all glory and honour to God for his grace and mercy.

I also thank God for having given me the most wonderful and amazing doctor - just for me (may God rest his soul well), my loving family who have always given me total unconditional love and support, all my great social networks of relatives, friends, and colleagues. I do not take a single one of you for granted. If not for all of you, I would have long been past tense.

-Yieke is a professor of Applied Linguistics. 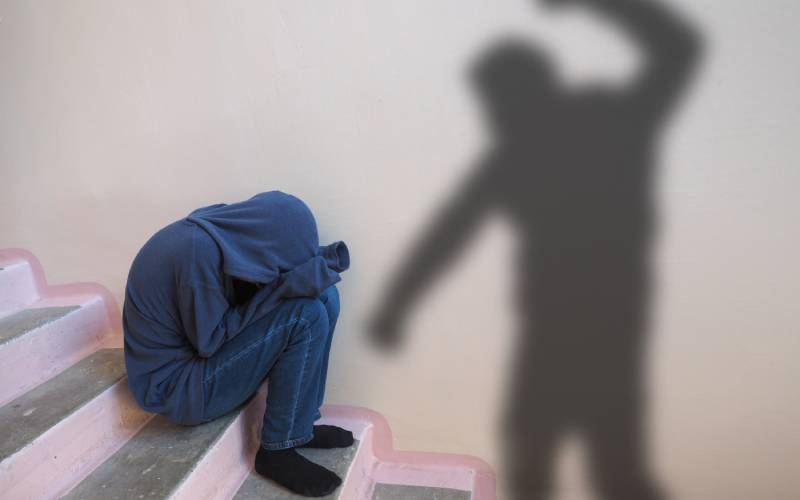