Where did I go wrong? Agony of a mother whose daughters became sex-workers 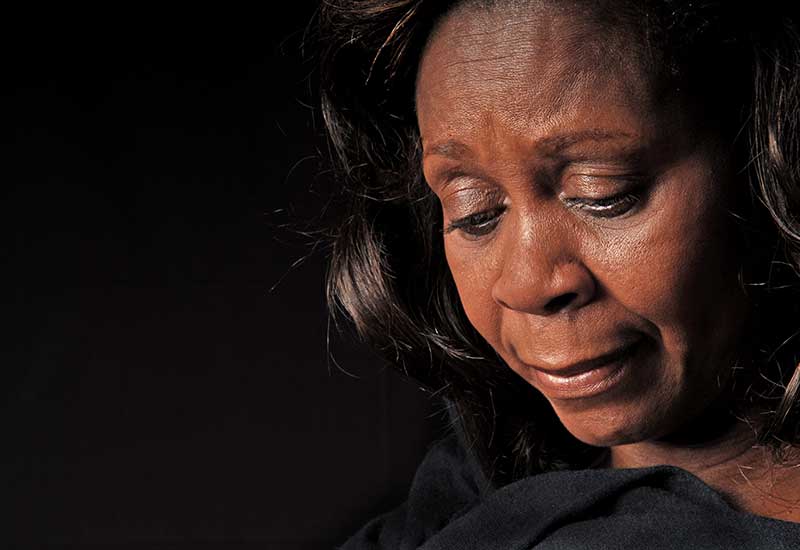 When my husband and I got married in 1985, we visualized a great life ahead of us. I was a primary school teacher and my husband a doctor. Our first two children were daughters and we thereafter got two sons in quick succession. We have a beautiful home in the countryside where the girls had their own bedroom and the boys had theirs.

Despite our demanding careers, my husband and I gave all necessary attention to our family. I taught the girls how to be respectable women and the boys learnt from their father what a responsible man’s life entailed. Seemingly, the boys understood better than the girls.

We are staunch Catholics and we brought up our children in that faith. They attended catechism classes and got baptized long before they even joined high school. All my children did well in school and qualified to join universities. My two daughters loved each other deeply and many times people would mistake them for twins because they were always together.

They shared their clothes and seemed to have the same interests; that is why we chose to enroll them in the same private university. Though they were taking different courses, the slightest opportunity would bring them together.

My daughters’ lives took a negative turn while at the university. In their second year, the two girls then in their early 20s, started refusing to come home even during recess. And when they came, they would stay for less than a week and claim to have lots of work that they had to go back to Nairobi.

We sensed nothing unusual because they were already adults and we thought they could take care of themselves. I have lots of regrets today as I reckon that perhaps I failed to acknowledge that a child remains a baby to the mother, however old. Perhaps had I been sensitive enough, I would have prevented their disastrous lifestyles.

We learnt much later from a student at their university that they had been used to leaving the hostels every evening and would sometimes disappear for several days from the university. That made me remember a day I had seen a bottle of whisky in their bedroom but somehow had dismissed it thinking it belonged to their brothers who would occasionally have parties at home. I wish I had taken that more seriously because I would have questioned and cautioned them.

When we got this information, I immediately called the girls home for a family prayer meeting. They declined to come and that drove me and their father to Nairobi to establish what was wrong. To our shock, we learnt they had long left the hostels and had been out of the university for three months. Someone must have alerted them of our impromptu visit because they switched off their phones and we could not trace them. However, a kind student told us they were usually spotted in night clubs. On some nights, they would be seen hanging out at the junction near Guru Nanak hospital.

This, to us, was almost unbelievable because we would send them money and though they preferred texting to calling, they kept assuring us all was well with their studies. Their brothers were not very close to them and apart from an occasional call, they didn’t interact much.

However, the boys had not joined universities within Nairobi hence it was difficult to know much about their sisters. Though my husband keeps telling me not to take the blame, I feel that perhaps I would have done better knitting up my children together. Probably that way, their brothers would have helped tame their sisters before it was too late.

That night after the awful news, my husband and I booked ourselves in a hotel in town and waited for late night to “raid” the nightclubs we had been told of. Sadly, for the first two nights, we moved round the town and waited in a hired vehicle at the junction but they didn’t show up. We had involved a relative who is a police officer to come with us for fear of being attacked by their accomplices should it be that they had gotten into crime.

It was not until the third night that we caught up with them in a city night club. What they were wearing was worse than what they were doing. My babies were almost naked and each was entertaining more than three men at a go! The men were indecently touching them and they in turn were giggling drunkenly. I felt dizzy and nauseated. My husband took me back to the car as our relative and two colleagues who had accompanied us confronted the girls.

The three men dragged the drunken girls to the car; but not without a scuffle amid hurls of obscenities from my daughters. When they saw us they, behaved calm but were too drunk to be coherent. We locked them up in a hotel room after explaining to the management what was happening. We confiscated their phones because the hotel management told us that the hotel could be sued should the girls call the police and say they had been kidnapped, given they were adults. The following morning my husband was categorical that we were going back to Kitui and asked them where their belongings were. The two were such a miserable sight that I had to buy clothes for them before we left the hotel.

For the few days I had stayed with them back at home, I counselled them with the word of God and pleaded with them to go back to the university. They pretended to be apologetic only for a while to buy our trust so they could escape. A week had barely elapsed!

This marked my many long journeys to Nairobi to look for them and use all tactics to persuade them to come back home. After many attempts, I risked my marriage by secretly going to a witchdoctor who told me my daughters had been bewitched. My husband would have killed me had he discovered this. But the mother’s compassion was biting me hard and I had sworn to climb any mountain for my daughters.

I am ashamed of the ugly things I did under the influence of witchcraft. Of course this was sheer rubbish but as the adage goes that a drowning man will clutch even to a straw. But even after all the rituals the witchdoctor ordered me to undergo, my daughters were becoming worse. I later went to our local priest and confessed that sin and he told me to continue praying.

Meanwhile my daughters had become so shameless that there were times they would be spotted drinking with elderly men in our home town but they never came home. The last blow came when our youngest daughter who is very aggressive called her father and told him that we should let her enjoy her sex life since he himself was enjoying sex with his wife. This was so insulting and for once since we got married, my husband shed tears and told me to stop looking for them forthwith.

I complied but they would occasionally send me messages from strange numbers. It was through such messages we learnt that the first born had delivered twins. This is information we got when the twins were already over six months old.

I went on wild-goose chase and found her still in Kawangware. She was living in a deplorable state with a drunken man who wasn’t even the father of the children. I had heard of drunkards sleeping on babies and that propelled me to take the boys with me to Kitui. Today, they are big boys in nursery school.

News about the death of the boys’ mother came as a shock and was as mixed up as the narrator. Her sister called me one morning and broke the news without preamble. She said that her sister had been drinking with the man she was living with when one of the barmaids complained the man was her ex-boyfriend. A drunken exchange had ensued and shortly they got into blows.

Apparently patrons and other barmaids helped their colleague and they all landed on my daughter with kicks and blows. She was thrown out of the bar and because she was badly wounded, the man took her to a hospital where she was pronounced dead on arrival.

This story was an allegation because the tale-bearer claimed she had got it from onlookers. At the hospital the man who took her there had said he was only a Good Samaritan and had disappeared in thin air after the body was taken to the morgue.

My younger daughter cried drunkenly at the funeral but left the following morning. The imagination of the second-born’s loneliness and sadness grieved me more than the loss of my first born. We all thought the demise would keep her at home but it seems to have driven her further. It’s two years now since she last came home. Recently, she sent me a text blaming me for all her misfortunes. “If you had loved us like you did your sons, I wouldn’t be in this mess!” the message read. I tried calling her but the phone was off.

I have given up praying for her or using any more tactics to reach her. Those who bump into her in Nairobi say she either hides herself or if it’s a head-on meeting, she is rude and dismissive. Her two brothers are doing exceedingly well with their wives and families, I have the two grand children who remind me of my late daughter.

I am hopeful that one day, like the Biblical prodigal son, my daughter will come back in humble contrition. I will embrace her and welcome her home. Perhaps I will take her back to college and assure her it’s never too late to start all over. But until that day, I will continue living on hopes. To this day I have never understood what exactly drove my two daughters from home. It has been over 12 years since they chose to walk out of our home in Kitui. No persuasion, coercion or threats have been enough to convince even the living one of our parental love.

Before my first born daughter’s death, she had made it clear that she and her sister were in sex-work under no duress. “Mum you denied us the pleasure of even having boyfriends, now leave us to explore the world of men!” she had categorically told me to my face.

I retired though my husband still practices as a doctor. I have asked myself countless times where I went wrong as a mother. Was I indeed too harsh on them or did I discriminate against them in favour of their brothers who are enjoying good careers now? Our elder son is a clinical officer while the other one is an architect.