It's worse to deal with big, boring nags

My Man - By Tony Mochama 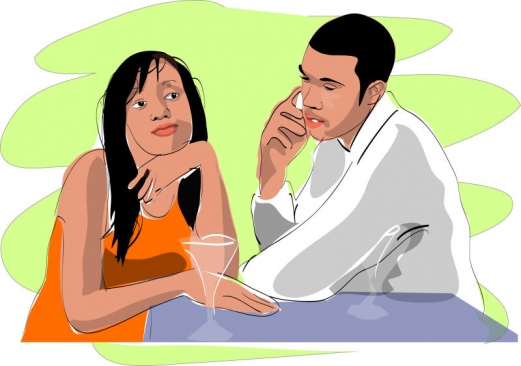 It's worse to deal with big, boring nags

I said it a couple of months ago in this very room, and the next week, Beryl (or the woman upstairs) took off her wig, raised her fists and tried to wallop me for saying this. "Imagine you are a man and you walk into the house at 9pm nightly to find a woman stuffing her face with food. That time, she is in her Kusema na Kutenda T-shirt, oozing mafuta, her lower torso covered in the old lesso she bought in Uganda during your honeymoon in 2004."

Well, this whole week has been about some youngling 'immature girl' attacking women for doing things like this. The young lady argued that it was these kinds of scenarios that led men to cheat. I disagree with that premise. You could be the most svelte, stylish, pretty, brainy and laid-back lady in the world, that is still not a prophylactic against a man cheating on you. History shows us this – Jackie Kennedy, Halle Berry, Hillary Clinton, Marilyn Monroe – all these women were cheated on. But, come on, enough with the consolation. Why watch the kilos pile on, then give childbirth as an excuse, saying he'll understand? Women, understand this as an unalterable rule of the Universe, as much as Newton's Law of Gravity and other iron-cast scientific theories. Men are visual creatures.

If you just flip this magazine page, there is Wambui Thimba bringing you 'Trends' and how to handle that katimba (backside), Renee Wesonga with how you can songa that hair. A lady called Mruttu is telling watu the truth about beauty. Utilize these pages and stop the excuses. There are ladies out there who after getting a ring on the finger and two babies out the belly, literally let go. They say they are 'concentrating on the children' but you will find the word 'diet' died in their diction. In fact, if you look at their dictionary, 'diet' is there as the past tense of 'died.' Die. Died! Diet. #Dead.

There is nothing worse than a woman with no depth of personality, and a dearth of conversation. There are men on dates who find themselves staring into Javaesque coffee cups because the lady across them has absolutely nothing of interest to say. He: "What did you think of Germany winning the World Cup?" She: "Donno, I don't watch football." (Long silence). He: "Err, but do you think Raila's referendum will work?" She: "I don't care. I hate politics. All politicians are liars." (Longer silence). He: "Uhm, your hair looks nice." She: Smiles. "Thanks." He: Hallo? Is somebody in there?

For men though, the nag takes the cake. I was once watching soccer on a Saturday afternoon with an old/married pal from high school. Easy going dude. Five minutes into the game, he gets a call. "My wife," he mutters, and excuses himself. No sooner has he sat down, there's a text. Then a call. Then a Whatsapp. Another call. "My wife wants to know what time I'm getting home," he says, looking desperate. The game goes into extra time. Our guy dashes out sweating, because his wife knows 'a game is 90 minutes.'

A Bible Proverb comes to mind. "Better to live on the roof than in the same house with a nagging woman." Indeed! Better even still to live under another roof altogether.