Why lesser people are getting married 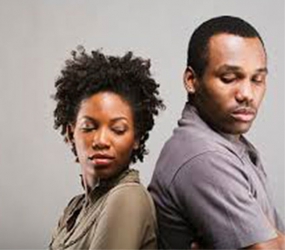 The number of marriages dropped in 2013, possibly as couples avoided marrying in an "unlucky" year.

Statistician Elizabeth McLaren, from the Office for National Statistics (ONS), said: "Fewer people got married in

England and Wales in 2013, the first decrease in marriages since 2009.

"The fall could indicate the continuation of the long-term decline in marriages since 1972 or could be due to couples choosing to postpone their marriage to avoid the number 13 which is perceived as unlucky by many cultures."

The ONS said the long-term decline in marriages and marriage rates between 1972 and 2009 is a likely consequence of increasing numbers of men and women delaying marriage, or couples choosing to cohabit rather than marry, either as a precursor to marriage or as an alternative.

Also more couples choosing to get married in the UK rather than abroad, and there was an increasing number of couples who live together choosing to wed.

Civil ceremonies accounted for 72% of all marriages in 2013.

Over three-quarters of brides and grooms marrying in 2013 were marrying for the first time.

More than two-thirds (67%) of marriages were the first marriage for both partners.

Remarriages for both parties accounted for 15% of all marriages.

The remaining marriages were to couples where only one partner had been previously married.

The percentage of marriages which are the first marriage for both partners has increased steadily from a recent low of 58% in 2000.

GettyBride and groom holding handsRemarriages accounted for 15% of all weddings

In contrast, remarriages for both have decreased steadily from a recent high of 19% recorded between 1995 and 2000.

Those aged 65 and over were more likely to marry in 2013 compared with 2003, with the greatest increase among women.

This compares with a 2% rise for men aged 65 and over. At all other ages, marriage rates have generally declined or fluctuated.

Over the last decade, men and women aged under 20 have recorded the largest percentage decrease in marriage rates (62% for men and 67% for women).

This represents a slight increase compared with 2012 (36.5 years for men and 34.0 years for women) and continues the overall rise recorded since the 1970s.

#Confessions: I've been cheating in the car with a friend's husband
Marriage Advice - By Mirror

Confessions: How do I live in harmony with my domineering mother-in-law?
Marriage Advice - By Hilda Boke Mahare

'It's two years since his affair, but I can't move on from his betrayal'
Marriage Advice - By Mirror

Confessions: My new wife wants me to get rid of stuff I bought with my ex
Marriage Advice - By Hilda Boke Mahare

Confessions: I got a scholarship to study abroad, should I leave my wife behind?
Marriage Advice - By Hilda Boke Mahare