What Father Christmas would look like today - and it's just weird 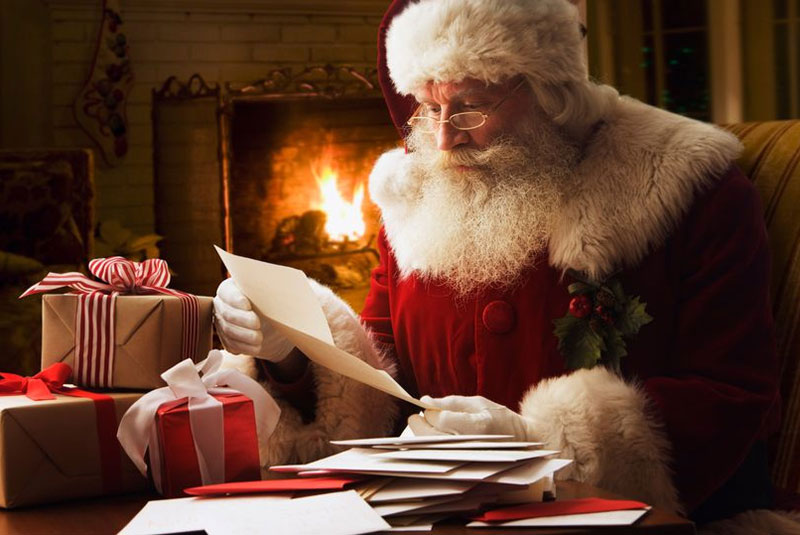 Father Christmas is famous for his white beard, bright red suit and a figure which comes from eating millions of mince pies in just one night year after year.

While most of us think his look is classic and should never change, there are some who believe it's time for revamping ready for 2019.

They reckon his sleigh and letter writing are a bit outdated, and would rather see him using an iPhone, getting his presence online and becoming a bit 'more hipster'.

Some people also want him to go on a diet and think he would look good with a few tattoos - hmmm.

Graphic Springs surveyed 4,000 people in the UK and America to see how they would change Father Christmas and created a new modern version based on the results.

They found 25 per cent of people want Father Christmas to swap his boots for trainers and 18 per cent think it's time for a new haircut. 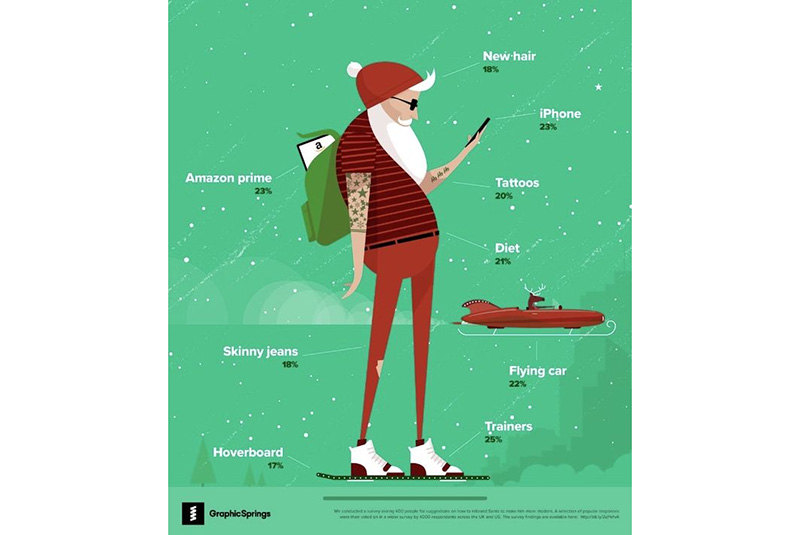 More than 20 per cent say he should go on a diet and the same amount think he would suit some hipster tattoos.

When it comes to delivering presents, 22 per cent would rather see him using a flying car while 17 per cent voted for a hoverboard - sorry Rudolph.

Evan Fraser, a spokesperson for Graphic Springs, said: "While people had some great ideas on how they would rebrand Santa, it's perhaps not surprising that most people love him just the way he is.

"In fact, 68 per cent of those who took part in the survey said they wouldn't change Santa at all."