The art of dealing with difficult situations

Another year and another 16 Days of Activism – which began this week. The 2020 16 Days of Activism against Gender-Based Violence runs November 25 to December 10, under the theme: “Orange the World: Fund, Respond, Prevent, and Collect!” As we mark progress that has been made – and is still being realised, we address some intrinsic facts about life: difficult situations and how best women can get past each.

Have you ever found yourself transfixed by the gravity of a situation? In 2020, surely, this wouldn’t be such a difficult question, would it? Today, we address a few of those situations. The aim is to determine the best course of action. 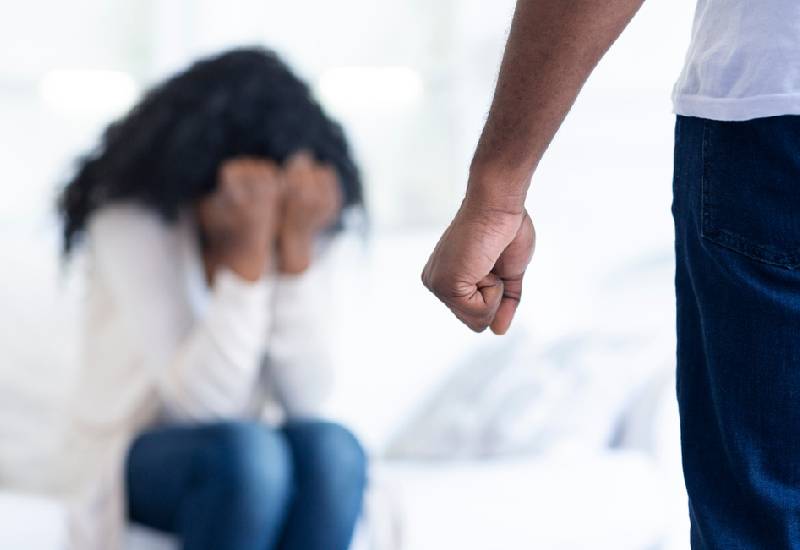 When people get married, they do so with hope. Hope that their love will hold. Hope that tranquillity will prevail. Hope for happily ever after.

History, however, has shown us that marriage is a mixed cup. It may be what you are hoping for or it may turn out to be a nightmare.

Domestic violence is on the news daily with 45 per cent of women aged 15-49 in Kenya having experienced physical violence, official data shows.

“In marriage – or in a relationship – domestic violence can have devastating effects,” says Sheila Wachira, a relationships counsellor.

She notes that women tend to stay in abusive relationships because of society’s expectations. “There is a feeling that one will be judged having come from a failed relationship.”

Some women, she says, suffer through it for the sake of children; hoping the man will change with time. Either way, staying in a relationship with physical violence is a bad decision, Wachira says.

“Women get killed or harmed staying in physically abusive relationships. What one should do is leave at the first instance this happens.

“Sometimes you do not need to wait for the violence itself: leave if he uses threatening language such as, ‘I will kill you’ or ‘I will teach you a lesson’.

“It should be understood that, in some situations, a woman could be dealing with a mentally unstable spouse and, therefore, needs to act fast before a tragedy occurs.

“Leave at the earliest opportunity and seek help from a professional counsellor. When assault has taken place, it would also be important to take it up with the police,” Wachira says. 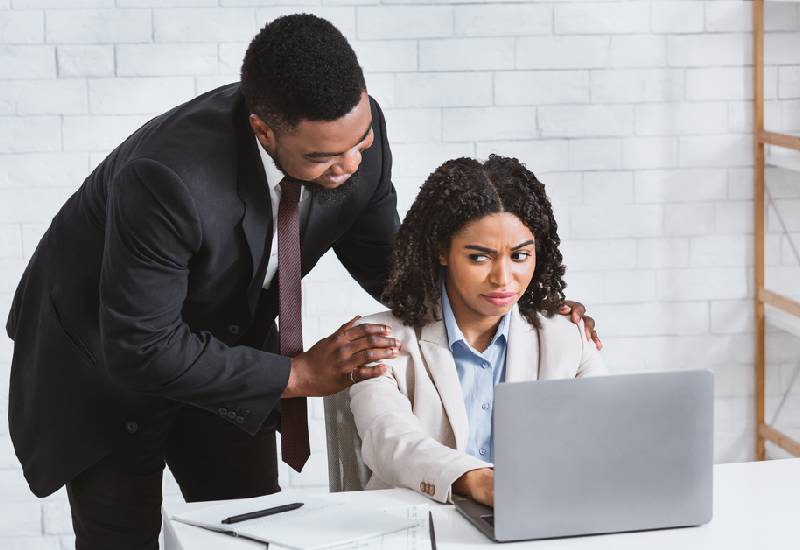 The Law Society of Kenya (LSK) defines sexual harassment at work as any direct or indirect requests for sexual activity that may contain an implied promise of preferential treatment or threat of mistreatment in employment.

In a previous interview with Eve, Caroline Kamende, a lawyer and convener of LSK gender committee, said sexual harassment can come in form of a suggestive comment, an inappropriate touch, or more overt demands for sexual favours.

In the age of ICT, sexual harassment might also come in form of sexually charged media sent via social media and messaging platforms.

Jane Godia, a trainer on sexual harassment at the workplace, says victims ought to seek redress through official channels by reporting the perpetrator to a higher office responsible for handling sexual harassment cases at work, like Human Resources.

Staying quiet is likely to invite more attacks (perhaps even more aggressive in nature) from the perpetrator.

According to Wangu Kanja, most rape crimes occur out of ‘opportunity’.

“It is a crime that occurs mostly when the attacker sees the opportunity at that moment and not necessarily because they had been planning for it all along,” she says. Premeditation, she says, is common mostly in cases involving minors.

“By the very fact that rape is opportunistic, it is hard to say one sees it coming,” she says. “Often, the attack occurs when you least expect it.”

Kanja herself is a survivor of rape. Her story has been told by numerous news outlets and, today, she is an advocate against sexual violence. “You can never be too prepared for rape,” she says. “Any of these three things will happen: you can take off and flee (if the opportunity arises), you can fight off the attacker, or you become paralysed with fear.”

It is a situation she says requires one to control their adrenaline reaction to be able to think quickly and make a decision on what to do.

Some women have resorted to carrying pepper sprays with them just in case they need to fend off an attacker. In the unfortunate event that one becomes a victim of rape, Wangu advises that the next course of action would be to go to a health facility for the evidence to be captured. The crime should then be reported with the police for them to institute investigations.

Evidence on rape is best captured before the victim takes a shower or changes clothes. 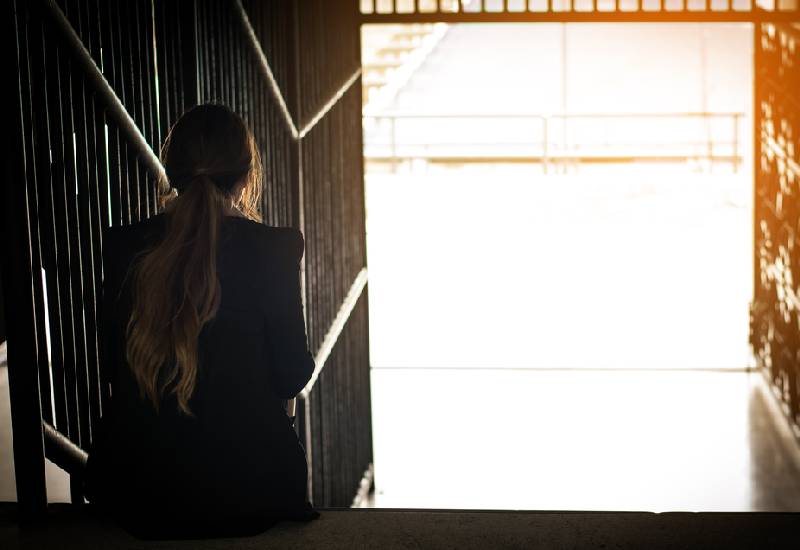 If there is a lesson 2020 has taught humanity is that you can never be too sure that you have your finances together.

This year saw many lose jobs or sources of livelihoods. Joanne Mwangi, the CEO of PMS Group says, “Firstly, I will deal with the emotional trauma brought about by financial insecurity by affirming myself: remembering that I have been successful before.”

“Once my self-confidence is bolstered, I will deal with the reality of joblessness or loss of income or the family situation that calls for extra hands on deck financially.”

The first and critical step, Joanne says, is to accept reality and work within the resources available: making sure not to make a permanent decision to solve a temporary problem.

“Once I am aware of exactly what is required and what I can muster, I will look for ways to bridge the shortfall while being cognizant of ongoing or recurrent needs; so that at all times I can meet them and not fall into stress or financial distress,” she says.

It would also be important, she adds, that one realistically handles the situation by being clear with all concerned to avoid taking on extra burdens with unrealistic expectations.

What is most important during financial distress, she says, is having the basics – food, clothing and shelter. Everything else can wait as one seeks to regain footing.

They say man is to error. Making mistakes is part of life. And sometimes you make a mistake that might end up costing you friendships, money, relationships, peace of mind or even your job.

“When you make a big mistake of a scale that could be life changing, the best course of action would be to own up, acknowledge and apologise,” says counselling psychologist Wandia Maina.

The natural reflex when people make mistakes is to defend themselves and explain ‘what happened’. According to Maina, this is most certainly due to ego.

“One could be in a position of power over those they have wronged and so may not want to come across as weak,” she explains.

But not owning up, she says, is what shows weakness in the first place. “You might be powerful but do not let people think you are superhuman. As such, they should know you make mistakes like everyone else. Hence, accept you have messed up.”

Owning up and issuing an honest apology, she says, is the best way to put off the fire before it causes more damage.

In situations where fierce arguments ensue, she says it is better for one to cool down before engaging the other party.

“Emotions run high during arguments. The higher the intensity of the argument the higher voices will rise. This has potential of progressing into a physical brawl.

“It is important to de-escalate in such situations. Ask yourself, ‘What do I want to achieve in this argument?’ An argument where everyone is close-minded do not lead anywhere.

“The best thing to do is to take time off, cool down, and engage without objectively,” Maina says.