The torturous journey of infertility

In the African set-up, issues surrounding infertility, whether contributed by the woman or the man, are often shrouded in secrecy. Infertility is the one topic that many people are not comfortable discussing.

Yet according to the World Health Organisation (WHO), infertility affects millions of people of reproductive age worldwide.

The WHO estimates that globally, between 48 million couples and 186 million individuals live with infertility. It defines infertility as a disease of the male or female reproductive system characterised by failure to achieve a pregnancy after 12 months or more of regular unprotected sexual intercourse.

Infertility can be caused by a variety of issues, ranging from abnormalities of the sexual reproductive organs to hormonal issues in both men and women.

Eve magazine spoke to two women who have had different, yet similar, infertility journeys to help create awareness on infertility.

Tabitha Ndichu’s fertility issues began with fibroid symptoms in 2016 and an official diagnosis in 2017.

“A month after my wedding and returning from my honeymoon, during a normal work day, my worst fear came true. I realised I had stained my pants with blood. I also started getting dizzy spells,” says Mrs Ndichu.

“What prompted me to go to the hospital was a dizzy spell I experienced while at the gym that left me feeling weak. So I went to see a doctor who recommended an ultrasound that confirmed I had fibroids,” she adds.

When asked whether her fibroids affected her fertility, Mrs Ndichu says: “My fibroids affected my fertility because I had submucosal fibroids, which were sighted on my endometrial cavity, and intramural fibroids that were nestled between the muscles of my uterus. The fibroids would make me lose my pregnancies because they would stop implantation of the egg. During waiting and trying to have a baby, I lost four children.”

However, Mrs Ndichu’s story has a good ending because four years after trying for a baby, the 31-year-old finally conceived and carried the pregnancy to full term. She had her miracle baby on January 4, 2021.

My red is beautiful

Mrs Ndichu says she is grateful for the support she received from her family, especially her husband.

“I am grateful that I know God, who was constantly whispering words of hope, encouragement and the promise that was coming. My mother, sister and the rest of the family made me feel loved and supported,” she says.

“My husband also played a major role in making that season less stressful for me. He was present at every surgery and never questioned or made me feel like I was not enough for him since I could not give him children,” she adds.

Mrs Ndichu’s experience inspired her to start a blog called ‘My Red is Beautiful’.

“It is a platform to build a support system for people to get solutions for whatever they are going through. I want to bring more awareness around fibroids and other issues affecting women’s health in Kenya, Africa and around the world,” she says.

Mrs Ndichu notes that there is a lot of stigma and misinformation on fibroids.

“Most women believe infertility is a condition that only affects older women and that if it paralyses your life as a young woman, it is because you delayed conceiving a child, which is far from the truth,” she says.

“These are all myths. Yes, the African woman’s genetic makeup makes her more susceptible to getting fibroids at a much younger age. Most women of African descent have fibroids or are going to get fibroids later in life. I want to be a bridge that provides information and support to women,” she adds.

Irene Mbuli Wambua, too, battled infertility for about 10 years. At 22, Ms Mbuli met the love of her life.

Life was rosy and she looked forward to having many children. But after trying to conceive for a year and a half without success, Ms Mbuli decided to see a doctor.

“After an ultrasound, it was discovered that I had a fibroid that was about three centimetres long, and that both my fallopian tubes had hydrosalpinx; they were both blocked with fluid, and that was the reason I was struggling to conceive,” says Ms Mbuli.

Before the diagnosis, she and her husband had begun the initial stages of traditional marriage. However, after her diagnosis, the process stopped.

“When I asked him why we could not complete the marriage ceremony, he told me that we should first concentrate on my health. Therefore, the second visit to my parents never happened,” says Ms Mbuli.

But she had more pressing issues to attend to. The doctor said trying to unblock her fallopian tubes was pointless as it could lead to permanent blockage.

“The news made me more determined to get pregnant, and so I began taking herbal medicines. They were expensive, but I was not to be deterred, and after a year the fibroid shrunk, and one of my fallopian tubes partially opened. After a scan, the doctor encouraged me to try again. I tried, but nothing...”

Ms Mbuli made another visit to the doctor, who suggested a FSH (Follicle Stimulating Hormone) test. It is a scan that determines the size of the biggest follicle or eggs.

“Mine was found to be nine millimetres,” she says, noting that the normal should start from either 16mm or 18mm for fertilisation to take place. She was put on clomid and letrozole for six months.

But six months into the treatment, not much had changed. Ms Mbuli had started experiencing pain on the right side of her abdomen, and a scan found she had four fibroids that were bigger than four centimetres long, and a five-centimetre long cyst had developed on her right ovary.

“I had surgery on May 17, 2019. After the procedure, the medics said they had removed all the fibroids and the cyst. However, they found that I had severe endometriosis,” says Ms Mbuli.

The 33-year-old was still unable to conceive, and her marriage was struggling.

“At the beginning, my husband was very supportive; but by the fifth year, although we still lived together as husband and wife, he found a new woman. They had a child together, and he had even taken her to see his family,” Ms Mbuli says.

“It was a difficult season for me. My marriage was suffering, and neighbours had begun saying that I wanted to ‘slay’ and so I had refused to get pregnant. I felt isolated. It does not help that infertility comes with a sense of shame, so I told no one what I was going through,” she adds.

Eventually, she and her husband separated in late 2019.

“I do not blame him for leaving me. I know I should not blame myself, but I believe that it is my fault that I was not able to give him a baby,” she says.

Ms Mbuli soldiered on and got employed at a flight support company in early 2020. However, her health challenges persisted. She started having pain in her lower abdomen, on the right side of her pelvic region.

But she ignored the pain because she did not want to see a gynaecologist again. However, the pain became unbearable and she had to see the doctor.

The results indicated that she not only had multiple fibroids, but also a six-centimetre cyst on her left ovary. She had to have surgery to remove the cyst.

“It was during this operation that the doctor found that during my first operation, instead of just removing the cyst, the doctor had also removed my right ovary without informing me.

Despite successful surgery, her pain did not stop. The multiple fibroids made her weak, so she could no longer go to work.

“I did not want to have a third operation because it meant I could lose my uterus, since the fibroids were many. I tried to persevere, but I eventually went back to the hospital in May 2021. Medics confirmed that my fibroids were growing and so they could not remove them individually. They had to remove my uterus. They also found that three small cysts had grown in my left ovary,” says Ms Mbuli.

After removal of her uterus, she started to experience menopausal symptoms.

“I am now 33, and I cannot have children. I have been having hot flashes and mood swings because of menopause. I would not wish this on anyone. I am not in a good space. I have so many questions for God because I prayed, but this is my life now,” she says.

Irene says she is constantly in pain, which she relieves by taking painkillers that cost Sh400 daily.

“I suspect the remaining cysts are causing the pain, but I do not have the strength to go to hospital again. I lost my job in December last year because I was unable to work due to the pain,” she adds.

She is now mourning the fact that she no longer has a uterus, and thus will never carry a baby in her womb. She hopes to find the courage to consider adoption or even marriage one day.

Next article
Vaginal birth after caesarean: Facts, safety and risks
Next article
Are you older and trying to conceive?
. 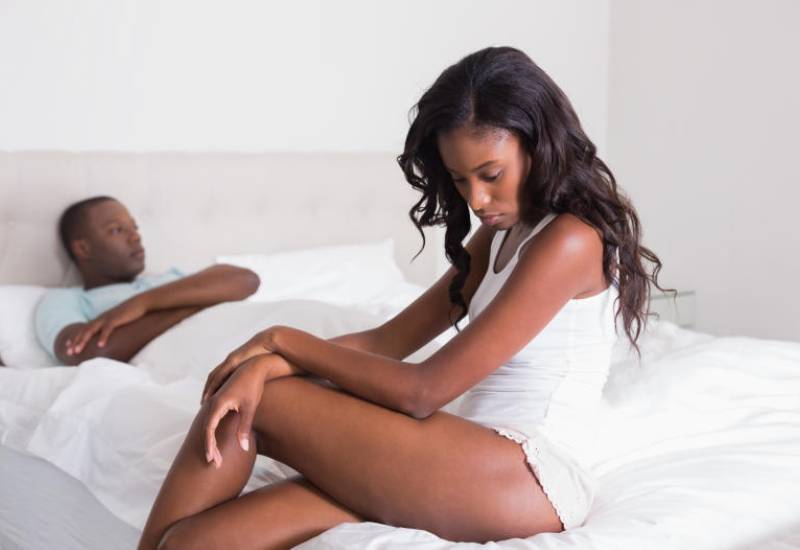 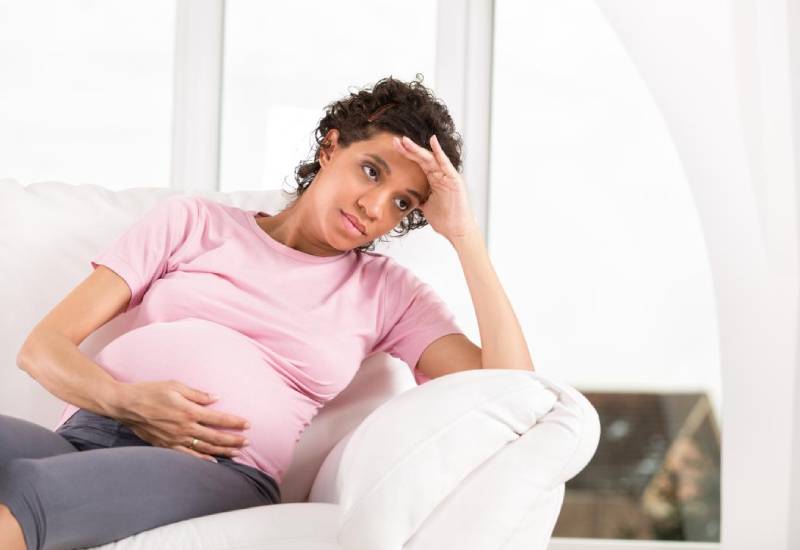 By Dr Alfred Murage 4mos ago
Which is the best mode of delivery, CS or vaginal? 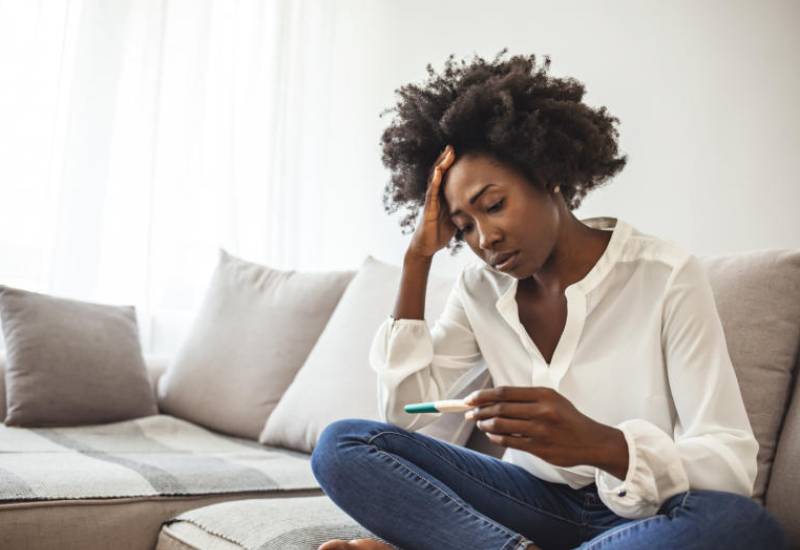 By Dr Alfred Murage 4mos ago
How long should I wait before conceiving after CS?
. Is your child the school bully?
Parenting
By Esther Muchene
6h ago
Why you need to watch your health this cold season
Health
By Dr Alfred Murage
6h ago
Are video games hurting your relationship?
Relationships
By Boniface Mithika
7h ago
How to stop overpacking for trips
Leisure And Travel
By Jayne Rose Gacheri
7h ago
Chicken Doner with potato wedges
Food
By Chef Ali Mandhry
7h ago
. By Dr Alfred Murage 4mos ago
I gave birth five weeks ago; can I resume sex now?