BRIDAL
By THE STANDARD | 2 years ago

It is 10am, and an unlikely figure is just making his way into the Registrar of Marriages’ office in Nairobi. Whispers fill the air as other couples crane their necks to catch a glimpse of him.

“Is that Manu Chandaria?” one person asks. They are right, the 90-year-old industrialist has indeed come to Sheria House with his 85-year-old wife, Aruna, to register their marriage, after 64 years of living together as husband and wife.

At 10.15am, the ceremony begins, as Loise Bett, Assistant Registrar of Marriages officiates the ceremony. “I call upon all persons here present to witness. I, Manilal Premchand Chandaria, do take you, Aruna Chandaria, to be my lawful wedded wife,” Chandaria says.

“I call upon all persons here present to witness. I, Aruna Chandaria, do take you, Manilal Premchand Chandaria, to be my lawful wedded husband,” Aruna responds.

It is a low-key ceremony, a family affair whose only guests are their two children and two grandchildren. The family came from Switzerland, New York and Singapore.

The rest are people who work with Chandaria, but it might as well have been a room full of people, considering the cheers that filled the air when they exchange rings and the Assistant Registrar of Marriages, says: “And by the public taking of these vows, I now pronounce you husband and wife. You may kiss your bride.”

The couple has two children, Priti, 63, and Neal, 57, three grandchildren and one great granddaughter who is yet to turn one. The family chatters in excitement as Priti, their eldest child, says: “Their first kiss in public!” Neal, the second born, passes round a box of sweets, and that is all the celebration. The cost of the ceremony was Sh9, 700.

“The honeymoon will be a family lunch at an Italian restaurant in Gigiri. After that I am going home to take a nap!” Aruna comments, to a roar of laughter.

As they pose for photos, Priti says: “Dad looks so strange with a ring. Have you ever seen him with a ring?” Apparently, Chandaria has never worn a ring before, and even the gold band that now sits tightly on his finger (he laments that it won’t come off) is a gift from a friend who heard he was getting married again. However, Aruna, has always worn one, although it has now been upgraded to a 4.5 carat diamond ring.

Of course we are all wondering what such a magnificent ring costs, even as Aruna jokes that it is fake. Chandaria will not reveal the price, but says: “I can afford it now, but back then when we first wedded, I could not afford to even look at it! I’m glad I can now give her a bigger and better ring.”

Change in the law

We move into an adjacent room and our curiosity about the nature of it all gets the better of us. Why was it was such a simple ceremony when he could afford a bigger one. Chandaria tells us that it is just his way of life. “Manu Chandaria is not known for those kinds of things. I have always lived a very simple life and I think it sets a certain example,” he says.

“It is wonderful to witness their wedding but it is really strange at the same time!” Priti says. “At least my brother and I are now legitimate.”

Neal, who is the honorary consul for Kenya to Singapore, says, “It is very unique. I think it is a great celebration of 64 years of a very happy marriage.”

Why are they doing it so late? “64 years ago, we took our vows in the presence of the fire that ‘I shall look after you until I die.’ Those days, Indian marriages used to take place in the community hall and the guy who gives the vows signs, and it has been accepted for all this years,” Chandaria says. “Now there is a change in the law and we always make sure that we do not break the rules and regulations. So we decided to get married again.”

The two got married in Mombasa under Hindu customary law, and hold a marriage certificate issued on April 30, 1955 by Shree Visa Oshwal, the community. However, that certificate is not recognised by the authorities according to the Marriage Act 2014.

Loise Bett, Assistant Registrar of Marriages says, “Under that Act, we issue certificates for all customary marriages, so people can register their marriage to get a certificate instead of using an affidavit. So they are registering their Hindu Customary Marriage.”

Chandaria has words of advice for young people on how to make their marriages last: “Love and affection for each other, commitment to each other and making sure we do not cross each other. She honours me and I honour her. Always look after each other. Don’t create conflict. Keep your mouth shut and keep your big ego in your pocket!”

And with that, they get up and leave the premises at 11.20am. The people forget the business that brought them there and stare, and ask, again: “Is that him?”

That done, the members of Manu and Aruna Chandaria family are off to the grand lunch – after which, Aruna can finally take her nap.

What’s the weirdest thing a guest has done at your house? 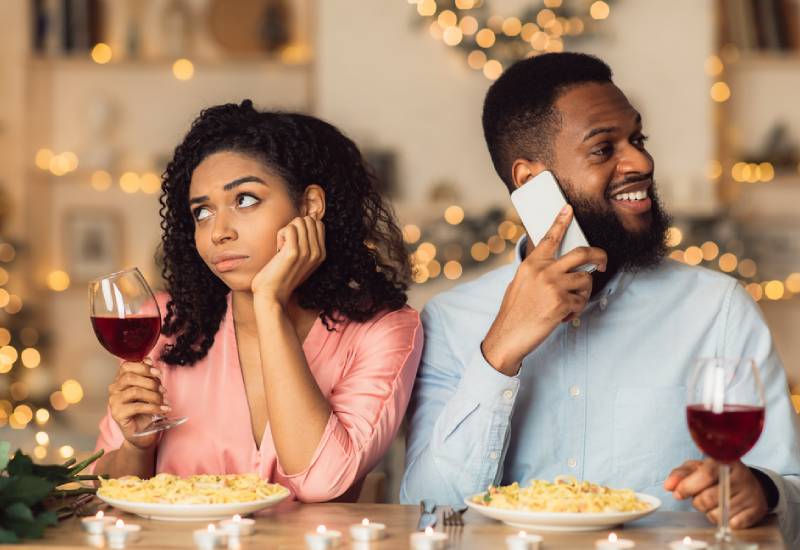