Between The Sheets - By Maggie Gitu 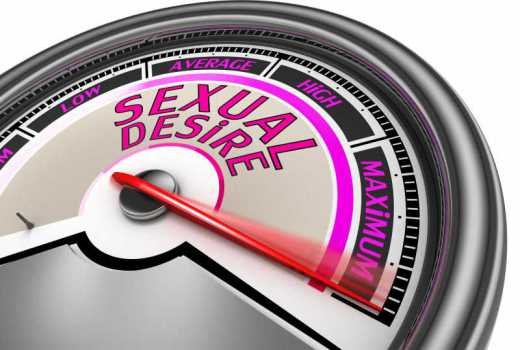 I have always believed sex should be approached in a certain way yet my partner wants to change my perception. I was raised to believe that a man should be the one to initiate sex but my partner thinks otherwise. I’m a bit confused as whenever she asks for it, I get anxious; I can’t help but wonder if this is a good or a bad thing...kindly help.

Thank you for asking this question. I especially appreciate it because oftentimes, I hear the opposite problem; that some men feel frustrated that their partners never initiate sex. We are living in a time when everything feels topsy turvy for everyone in every way. Men say to me that they feel emasculated, forgotten, and worst of all, disrespected.

Women, on the other hand, are feeling more courageous about reaching for their needs in and out of bed. If you were to think about the value of sex in your relationship, you might have a clearer picture of why you prefer to initiate all the time, while she is more open to initiating sex some of the time.

What do I mean by that? Let me answer that question with another question: Is it possible that you feel that as the man in the home, the right and responsibility of initiating sex should only and always lie with you? If so, can you see why you might become upset at the idea that someone else – in this case, your wife – is asserting ‘your’ right and ‘your’ responsibility and usurping your position of power and responsibility by asking you to satisfy her sexual needs? Notice how often the idea of ‘you, you, you’ appears in the supposition above? More importantly, is there room for ‘her’ and even ‘we’ in this relationship?

As I mentioned above, my advice is based on suppositions. My first suggestion, however, is that you rethink the fuel behind your sexual desires and initiation. For as long as sex is about you and only you – when ‘you’ want it, when ‘you’ are ready for it or even when ‘you’ don’t want it – then ‘you’ may end up in a relationship in which ‘you’ are the only satisfied party.

Even worse, ‘you’ may end up in a relationship in which ‘you’ are the most unsatisfied party in the relationship. Your wife may tire from seeking attention, affection and sexual satisfaction from a man who would rather be powerful than tender, controlling than connected.

My question to you then is, would this be the marriage that you want for yourself? On the surface of it, it might sound appealing to think that your satisfaction is always guaranteed when you are the only one with the so-called ‘power’. However, I think you will find – as this question already suggests – that an unhappy wife is equal to an unhappy life. It’s the reason you’re already worried about her cheating on you. Whether or not she does is besides the point. The knowledge that you are allowed the opportunity for infidelity by refusing to adapt to her might be a burden that is too great to bear.

Remember that this is your chosen life partner and it is possible for both of you to be seen, heard and accepted as you are today, and not necessarily as you are supposed to be. The good news is, it seems that you both take the ownership i.e. the responsibility of a sexually satisfying marriage rather seriously, since even this argument was founded on differences regarding the idea of initiating sex.

Perhaps you could both turn this sense of responsibility to one another into a shared rather than individualistic sense of sexual responsibility in which both are welcome to seek sexual satisfaction in a more honest, organic way instead of in a regimented, constricting way as has been the case.

In conclusion, I have this final piece of advice; in love, as in life, the rule is “adapt or die”. When it comes to what happens between the sheets, this mantra holds true. It’s therefore up to you to decide between the marriage you were raised to believe you deserved by putting you in control at all times sexually, or to have a marriage in which you both adapt your particular expectations in a way that makes room for as many of your hearts’ desires, hopes and dreams as possible, in and out of bed.