Dealing with grief in a season of joy


By CAROLINE NJOROGE | 1 year ago 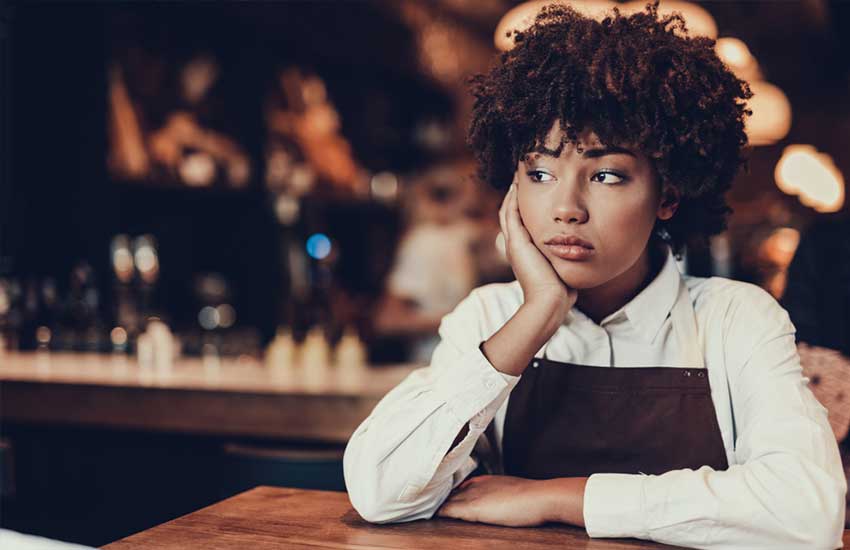 It’s December. A time to come together with friends and family and bond over good food and great conversations. But it is also the season that those who have lost loved ones dread because it brings back memories and the glaring reality of the missing person. How do you cope?

Many people struggle in dealing with grief because, in part, they feel that people will just not understand what they are going through, and because they do not want to burden others with their pain.

“Carol, does the pain ever go away?” that was the text my friend sent me one fine morning. I sat there wondering, “God, what do I tell her?”

“I know she is in heaven but I can’t help feel like she should have stuck around much longer. I know that sounds selfish but I don’t know how else to deal with the emotional turmoil,” she continued.

No matter how we look at it, the loss of a loved one is not easy. Regardless of the condition under which they transitioned to the next realm of eternity.

I sat down with two women who narrate their journey in dealing with grief and what they wish people understood about this dark and often lonely space.

“When you lose a loved one, the empathy of everyone known to you is showered upon you. I thank God for the Kenyan culture of holding night vigils or ‘matangas’ during the mourning period. It’s even better when you have the support of the church and church members because that will mean you will have fellowships...until the burial day that is.

This coming together and mourning together really helps since the disarray that comes with grief can be depressing; it gives a sense of togetherness, and some sort of comfort since grief can be lonely. Though short-lived, it goes a long way, especially in that short period of planning for the burial and the actual burial day.

The fact is, the reality of it all dawns right after the burial when everyone goes back to their homes, to their lives, to their realities.

The harsh truth is, people move on almost immediately. Seldom will you find people who consistently follow up on your coping mechanisms of loss days, weeks or even months after the burial.

My mom was a people person. Perhaps this explains why her demise brought together so many people from different walks of life -- people she impacted in her lifetime in both big and small ways. Our home was full of people from the day news broke that she had breathed her last. It was a big blow, though we saw it coming at some point during her battle with the disease we nicknamed a monster; ovarian cancer.

Her diagnosis came in the fourth stage, she fought bravely for two years; the doctor told us we were even lucky she lived that long.

The most encouraging thing was that we had a few friends who stuck with us through the journey. These are friends who I could best define as true family, but after all was said and done, everyone went back to their lives, to their homes. They moved on. This fact should not make anyone feel guilty, nor make the ones grieving feel like everyone should understand their grieving season no matter how long it takes.

The moving on of other people can put the ones dealing with the actual grief in an obscure position, considering that grief is a process that can take even a lifetime to deal with. Besides, we all handle grief very differently; it is dependent on how the demise of a loved one affects an individual. In time, you learn that even your own siblings may not understand you.

My parents’ death was about two years apart; my dad was first then my mom, but nothing broke me more than my mom’s death. It crushed me to bits. We were close, we were friends. I guess that was the difference. Most of the time, one is uncertain who they can share the emptiness with.

The assumption and sometimes obvious reality that people have moved on makes one suppress their true feelings and simply put up a façade around people who know what you are dealing with. It’s a pseudo act because, after a while people would definitely be overwhelmed if not tired of your grieving journey when, really, your intention is not to drag them along. One just finds themselves expressing their grief, sometimes even unknowingly in day-to-day life, especially now with social media.

Sometimes, I would imagine my mom reading my social media posts since this space gives an illusion of the existence of another world out there. I had never engaged counseling services in my life. My mom’s death changed that, albeit briefly. I found it hard to even talk to my siblings who I at least thought would share my sentiments since we had lost our mother.

However, each one curled up in their cocoon and dealt with grief in their own personal way. I felt like I was derailing them while they were (and are) trying to find healing and move on. It was like they did not want to talk. Yet there was so much I wanted to say but that was my way of dealing with things, not theirs. Coming to terms with this can be difficult.

Then there is the spiritual option of “simply talking to God.” Simple, right? How can you actually be comfortable talking to the very God you question in a difficult time, knowing very well you will never get satisfactory answers back. He is Supreme, He is Almighty, how can one even begin to question Him?

In trying times, a lot happens. Even my faith was shaken especially since my mom was a woman of great faith up to her last day. I questioned so much but over a year later, I can say I still believe in God, the same one my mom worshiped.

For anyone dealing with grief, I would encourage counseling, paid or free. Not just for healing but more so for expression. The truth is, even counselors won’t really bring you the healing that you so deeply crave for. I believe this only comes from God. When? I don’t know. I have accepted that grieving can take a life time, but the burden gets lighter over time I guess, I hope…at least that’s what they say.”

This has been tough for me to recount. Six years later, I thought it would be easier. It’s not.

I remember when I first heard the news. It was at night and what they told us is that dad was in hospital nursing serious injuries. In that moment, I immediately thought, “I will get to the hospital fast and preach to him about Jesus so that in case he didn’t make it, he will still be okay. I would be sure of his destination.”

A rude shock awaited me at the hospital. Apparently, he had been long dead but no one wanted to tell us the truth while we were still at home. Gunshot wounds were the source of his demise. So my siblings and I spent that whole night playing pool pretending that nothing had happened.

The following day, we went to the morgue and, on seeing him, I felt such a surge of anger. I blamed him for his own death. I felt that he had betrayed us by dying; leaving us to clean his mess or is it messes (which are a whole load to date).

Sometimes, I think we have moved on, till another rabbit jumps out the hat from the numerous unresolved issues he left behind and it takes me back to that initial anger and bitterness.

The day after his death, our relatives met to split the pieces of land he owned now that their brother had gone (talk of greed, selfishness and insensitivity). They felt they were more entitled to his property than his wife and children. Some got physical in their attempt to get what they wanted; guns were pulled out. It was sheer madness.

Then other people showed up out of the blue claiming they were entitled to his assets. The funeral arrangements had not begun and all they could think about was property.

Some family friends practically ran away from us like we were some kind of bad plague.

In this dark cloud, there was a silver lining. My mother found solace in the good support system she got from the church she attended at the time. They came and stood by us. While all this was going on, they helped plan for the funeral so we didn’t have to worry much in the midst of the chaos that we now found ourselves engulfed in.

My campus friends really stood by my side during that period; some even came home and stayed for days.

There are days I wondered whether it would have been better if my father didn’t have as much property. I could trade it all just to have him back.

During his burial, I spent the day asleep; I did not want to come to terms with the reality of the current situation. Sadly, it hit me six months later that he was gone for good. That I really would never see him again. That is when I burst out crying. My family stared at me wondering why I was crying. I felt broken. Alone. Empty. For the first time, I came to terms with my reality. Being the first born and having to step in and help take care of things didn’t give me time to process my emotions. It took six months to unbottle what I had buried deep inside.

Fast forward, six years later and, still, it’s not any lighter. On good days, I talk about it, on bad days it’s lonely, sad and empty. I long for a father who isn’t here. I comfort myself in knowing God. My belief in Him has helped me manoeuvre this dark world of grief and loss. I can, however, conclusively say that it has not been easy for my family.

Last month, for the first time, my brother and I talked about it and what it made us feel. We have not completely moved past the scars but we are trying.

I wish I had a chance to say goodbye. That remains but a wish.

If you were to choose just one colour for your entire life, which one would you choose? (and why)

By FAITH BIONGO | 1d ago

By MUMBI MUGUONGO | 2d ago