﻿﻿ Evewoman : Lady laments after bride slaps her with bill a day after attending destination wedding ​
​ 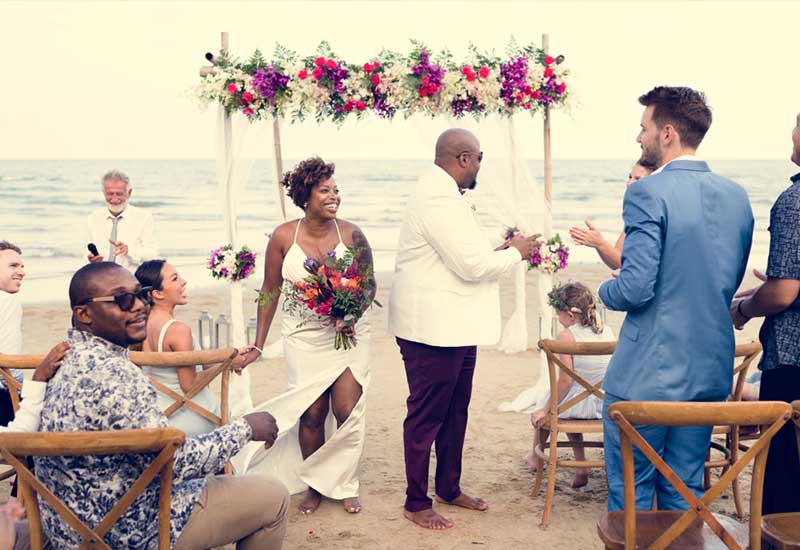 ALSO READ: Bride walks aisle of empty church with photos on pews instead of wedding guests

Lately more and more people have complained of the rising costs of weddings imposed on them by their friends. From being forced into wedding committees to exorbitant compulsory contributions and outrageous gift demands, weddings are turning out to be expensive nightmares for friends and relatives.

That is the situation one Twitter user found herself in after attending a friend’s destination wedding in Romania. In a thread, Seyi Akiwowo, revealed how she was slapped with a bill from the bride indicating that her contribution barely made a dent on the bride’s special day.

“The wedding went on for two days. Me and my friend bought our own flight, hotel (2 nights) and paid for our own expenses out there,” she tweeted.

After a while, envelopes were passed around for the guests to give their cash gifts. Unfortunately, Seyi and her friend had run out of cash and there were no ATMs nearby. So they put together the little they had left in an envelope and planned to get her a proper gift later. They went on to enjoy the festivities and checked out the following day.

The inbox was a “carefully worded debt collection.” The bride started off by reasserting the fun they had at the wedding and wondering how, despite an amazing time in Romania, her (Seyi’s) gratification was yet to be reflected in the contribution to the wedding costs.

The bride noted that Seyi and her friend's measly 25 Euros was by far insufficient to cover the costs of the menu and drinks for Sunday as well as all the effort put for organizing the garden party and the gift packs. She went ahead to inform Seyi that the average contribution per guest was 100 Euros, completing the message with bank details.

It is impressive how it took the bride approximately 12 hours of the guests leaving the wedding to track the contribution of each guest.

While Seyi did not send the money, the two are no longer friends but on the upside, the couple is still together and got a baby earlier this year.

As we are talking about wedding stories... should I share the time bride of a destination wedding asked me for money the morning after the wedding? — Seyi Akiwowo (@seyiakiwowo) May 20, 2019

What is your craziest wedding demands story? Let us know in the comments.