﻿﻿ Evewoman : What wives can learn from barmaids, house girls and children ​
​

What wives can learn from barmaids, house girls and children 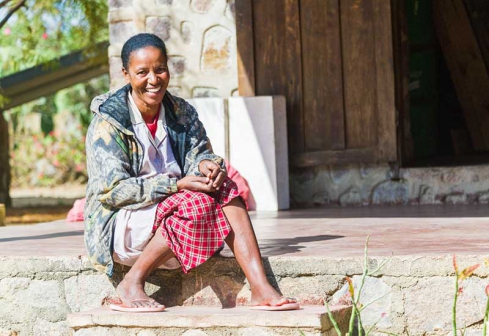 Clearly, there must be something that the so-called 21st century wives can learn from barmaids, house girls and even children, in as far as handling men is concerned. One is left wondering, are married men under siege in Kenya? From wives who seemingly have absconded their responsibilities, to younger jobless women who are desperate to turn them into ‘sponsors’ and milk them dry of their hard-earned cash, there seem to be a conspiracy against married men.

“Just like the boy child, most married men have been left to their own devices. The only women who still care about them are barmaids and perhaps house girls,” agonises Kimani, a Nairobi-based married man. Kim goes on to whine about his tribulations at home to this writer: “Without barmaids and house girls, married men in this country would be trooping to therapists in droves to nurse stress, depression and related ailments, mostly occasioned by their rebellious wives.”

As most men that we talked to claimed, barmaids are special and could be the last of a rare breed. Take Goro Kariuki, a regular bar patron who resides in Kiambu County, for instance. He says barmaids are caring motherly figures, loving agony aunts and shrinks all rolled up into one. Little wonder then, that, men like hanging around them.

“If married women spent some time with barmaids they would learn a lot and this country would be a very happy and peaceful place,” he says. He goes on to add: “Unlike some wives, barmaids, just like house girls, always have the courtesy to ask how hectic a man’s day was before anything else”.

Kariuki says, unlike his wife, barmaids at his local always mind about his welfare and the first thing they normally ask him is: “Na leo unaonekana umechoka sana, inakaa kazi imekua mob sana (you look so tired, you must have had a very hectic day)!” A gesture he says is simple, but speaks volumes. For Paul Ndunde, when he arrives home, his children are always keener on him than his wife. He says his better half is always busy, either watching a soap opera, filing or polishing her nails, or on her phone, chatting or talking.

“At my place, it’s the kids or house girl who open the door and welcome me home and receives shopping or whatever goodies I bring home. My wife, who is a stay-at-home mum, could be at the next door neighbour or on the balcony gossiping with her friends, but never gets moved with my arrival. My kids in particular are very engaging and always treat me like royalty. They make me feel like the head of the home,” says Ndunde.

Ndunde says his wife never cares about his arrival at home at all. In fact, he says, the first thing she shouts is asking him if he remembered to pay this or that bill. He says, “did you top up the electricity tokens” or “do you have enough airtime you samabaza me some,” are some of the common greetings his wife welcomes him home with. “Ingia tu, lakini ujue unga imeisha. Hapa nikama leo hakutapikwa (Just come in, but bear in mind the maize flour has run out and it looks like we won’t be cooking today),” Ndunde’s wife would at times inform him while ‘welcoming’ him home. If the opinions of most men we spoke to are anything to go by, then, it is this, among other forms of mistreatment, lack of care and self-centredness that puts most wives at odds with their husbands.

Lowly and simple as they may be, barmaids seem to have a special way of bonding with men. So much that men take some of them too seriously and listen when they speak. Tales have been told of barmaids whose mere presence ends bar brawls or endless debates between men.

Jack Chwani, a city resident, tells this writer of a charismatic barmaid at his local bar whose opinions always end arguments! “Men could be arguing and debating Raila Odinga’s chances at the presidency for hours, quoting theories and what not. But when the barmaid is asked to chip in, her word ends the debate pronto. When she, for instance, says Raila stands no chance, the debate ends, with everyone nodding approvingly,” jokes Chwani.

Men have this inexplicable cordial relationship with maids. Ever wondered why some husbands hardly notice when their wives don new hairstyles, but the moment the barmaid or house girl changes nail polish, they notice and glowingly complement her? Never mind the maid is question is plain and would ordinarily never make it to top ten of a village beauty contest.

Well, jealous women reading this might sneer and dismiss it, saying at such times its alcohol that talks not the men. But most of the men we talked to while preparing this report paint a totally different picture. Take, for instance what Michael Amadi tells us. Men, he says, by their very nature, tend to be combative. And, as Amadi puts it, competing with them is always counterproductive. But do wives ever learn? “Barmaids and house girls seems to have a sure fire tact that always makes them winners when men raise their voices. Take, for example, when a man bangs the tables in a pub and yells, ‘damn it! I said Tusker baridi and you brought me Pilsner moto? What the hell is wrong with you?’” explains Amadi.

“Unlike some wives who would angrily yell back and sulk while correcting the mix up, barmaids always take it easy. They normally apologise and throw in a smile for good measure and proceed to ‘baby’ the man by keeping a keen eye on him, lest something else goes wrong,” proceeds Amadi, saying that in the end, the man ends up leaving the barmaid a big tip.

For Tim Ngare, unlike his wife, his house girl is friendly and listens to him. Hear him: “Because of their judgmental nature, wives get lied to all the time. When I lose money on betting, for instance, I better laugh about it with my sympathetic house girl than wife.” Chumbe, on the other hand, it is his children who make him enjoy hanging around the house because they engage him on different issues. He says besides having an almost permanent sneer on her face, his wife is always moody and ever spoiling for a verbal spat. “Its kids who lighten the mood at home because we talk about school, among other matters. But my wife, when she is not asking about money for this or that, it’s a small quarrel she is picking. Or suspecting me of cheating,” Says Chumbe, adding that at the bar it’s even more fun because the maids can afford to smile and flirt.

Chumbe argues that unlike wives, it is easy for barmaids and house girls to get money from men. He says when his house girls wants a pay rise or has an emergency he is the go to guy because they understand each other. He, however, says barmaids in particular are geniuses when it comes to getting cash from men. After offering you beer on credit on several occasions, when she announces that she has a funeral or school fees giving her headache, men always contribute with a lot of ease.

ALSO READ: 'Innocent' phone habit could be a sign your partner is cheating on you

Dispelling the notion that men only give money to women with whom they are romantically involved with, Chumbe gives an example of an elderly barmaid at his local pub in Meru whom patrons recently contributed school fees to when she made the request.

Fred Muli, however, disagrees with the notion that wives have something to learn from barmaids and house girls. He argues that barmaids and house girls are paid workers and hence the treatment they accord men. He slams men as thus: “The maids are doing so to get paid and that’s their job anyway. If anything, they are very calculating. When they ask for a drink, they always resell it and buy their children food, but when your wife asks for cash to buy your children food, you yell?”