Can one get polio from the vaccine? 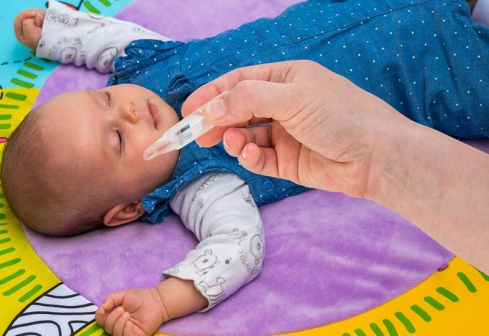 My son got vaccinated for polio after birth, and also got two other polio vaccines when they were immunizing children in our area. Recently, he had temperature and convulsions, and the doctors treated him and he is better though weak. Now yesterday, a friend told me, it could be due to the vaccine overdose, and that the boy may be developing polio from the vaccines. Is this possible?

Polio is an infection caused by polio virus. Polio virus particles are excreted in feces of affected individuals for several weeks following initial infection. The disease is transmitted by ingesting contaminated food or water. It is most infectious between seven and 10 days before and after the appearance of symptoms. Higher risk of polio infection or more severe disease occurs in cases of poor nutrition and low immunity. The infection may produce fever, a sore throat, nausea, vomiting, abdominal pain, constipation or diarrhea and flu. If it enters the central nervous system, the patients may develop a form of meningitis that manifests with headache, neck, back, abdominal and extremity pain, fever, vomiting, lethargy, and irritability. Involvement of brain manifests with confusion, changes in mental status, headaches, fever, and sometimes seizures. A few cases progress to a paralytic disease, with muscle weakness, floppiness and later paralysis. There is no cure for polio. Supportive measures include antibiotics to prevent infections in weakened muscles, pain medication, moderate exercise and a nutritious diet. Many cases of poliomyelitis result in only temporary paralysis. Nerve impulses return to the formerly paralyzed muscle within a month, and recovery is usually complete in six to eight months. If paralysis remains after one year, it is likely to be permanent. The oral vaccine, that prevents against infection with polio 1, polio 2 and polio 3 virus three virus strains has been linked to a type of polio and paralysis induced by vaccine, but not in recipients of the vaccine, but in non-immunized children who ingest the vaccine virus after it has been shed from gut of vaccinated children. Your child is therefore not likely to be suffering from polio or vaccine induced polio. It is likely the after effects of meningitis infection that the child heard.

Submission in marriage: How do men define it and how do women understand it?
Between The Sheets - By Caroline Njoroge

People who eat peanut butter for breakfast are better in bed, study claims
Between The Sheets - By Mirror