Why divorce will be frequently common in my generation 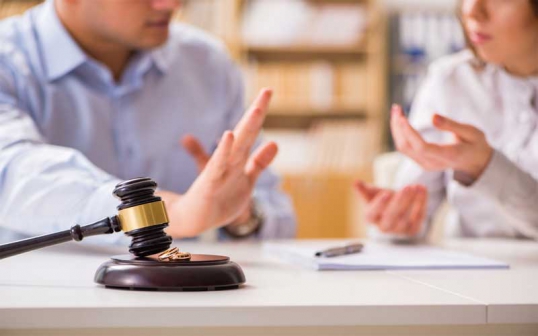 Back in the 1990s, divorce was so rare you hardly knew anyone who had been once married and formally divorced. There were many dysfunctional marriages, yes, but divorce was such a hard thing to come by.

The 2000s came and things started to change. When marriages became dysfunctional, separations became all too common. But we still clung to tradition, which frowned upon divorcees, especially women. This blackmailed them into staying in abusive marriages.

Now, in the second decade of the 21st century, I am meeting many young women, mostly in their mid-30s and they are 'happily' divorced. Many cite irreconcilable differences (a phrase hitherto associated with Hollywood divorces). When I press further, the women tell me that the men used to beat them and they could not stand that, they walked away. Which is a good a thing. Wish more women walked from abusive marriages.

Millennials seem not programed for marriage. By the fifth year of marriage, you find couples so bored of each other, short of poisoning each other. Makes one wonder how our parents did 40 years. Our mothers in particular had the patience, even though their economic situation, played a part in making them stay. But they lived in relative happiness to see us into adulthood.

But now things have changed. Women making their own money is both a good thing and a bad thing. Money warps the thinking of women and often they can have misplaced priorities. Every day, we encounter women who love money so much, they can as well as marry the money. They will never have time to sacrifice to building a family. We do have some who make the money, but still believe in the old family values, and can sacrifice to see the children grow. Blessed is the man who gets one such. ?

I have also noticed that both men and women of my generation have no social discipline that can hold a marriage intact. I meet 33-year-olds who can shame teenagers in their priorities. I have seen 35-year-old women who puking in parking lots in Westlands and Hurlingham.

If you are a married woman, staying out after 9 p.m. in the name of drinking means you are a joker. If you are a man and you can't make it home by 11 p.m. you are not being serious. If you have children, at least five times a week, you must share a meal with them, talk to them and show love and attention to each other. When we fail these simple tests, they always take a toll in our relationships and a divorce is a likely outcome.

The painful fact of life is that, if you don't afford your spouse time and attention, someone else will. And if you cheat, you will be caught soon. And that will put your family in jeopardy. And the sad fact about infidelity is that very few family ever recover from its effects. And increasingly, I am meeting many women who can't forgive a man who cheats. They will either revenge to hurt him, or simply walk. But forgiving and ignoring simply because the man is providing doesn't seem to work anymore.

Another reason why divorce has become such a popular option, is that we are increasingly shunning the church. Gone are the days when at the very least the wife and kids went to church and prayed for the souls of their lost husbands. Nowadays, we have less time for church. We go out on Fridays and Saturdays and whatever little time we have in the weekend, we like going to those chama meetings, football matches, or the salon. Yet, one cannot overemphasize the role the church plays in our lives.

And there is the little problem of the men of my generation who simply can't man up. I come from the school of thought that men must always be in charge. At a time when women are bagging Masters, shattering glassy ceilings, and making wonderful investments, we have to man up and work harder. When a woman makes more than a man, that relationship is endangered. So, as long as men give up on education, investments and generally being serious in life generally, women will find no use of having a deadbeat in the house, so a divorce, pap.

Hence my belief that divorce will become a way of life in the coming decades.

Divorce will become a way of life in the coming decades

Signs he is good at handling finances