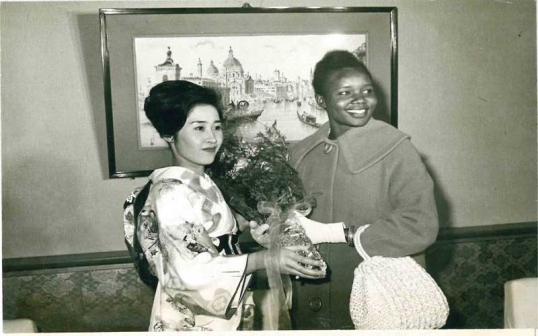 Very few people can boast of close ties with the first family like Elizabeth Mumbi can. You see Elizabeth Mumbi was President Jomo Kenyatta's first and only social secretary since the founding father took over the reins of power in 1963 and she held that prestigious position until the demise of the president in 1978. Her autobiography "Miss Uhuru 1963" captures a rich history of her interaction with the first family and includes snippets of her interaction with the current president Uhuru Kenyatta growing up and how she met her husband as they both worked for the first president of Kenya.

Elizabeth and her family were known to Jomo Kenyatta since Elizabeth was a little girl growing up in Gatundu Kiambu county, he and her dad were close acquaintances way before Kenyatta became president. Her beauty is to behold which explains why she was crowned miss Uhuru on 14th December 1963 in a beauty pageant organized by the Daily Nation and graced by the President and first lady Mama Ngina Kenyatta. This moment was to shape her destiny as thereafter the President himself called her to offer her a job at his office effectively poaching her from her job at Barclays Bank Queensway branch! 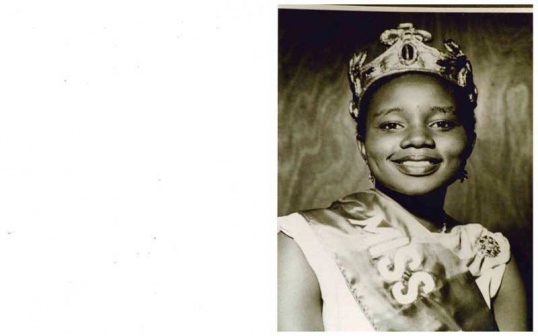 An Alliance Girls High School girl, Elizabeth attended price giving days and drove the first children to functions and outings when their parents were serving the nation. It was during her time working at the state house that she met the love of her life Major Marsden Madoka, Kenyatta's Aide de' Camp. Their relationship by the way received a stamp of approval from the president himself Elizabeth says. They got married on 6th December 1971 and have been together since then. Upon the death of Mzee Jomo Kenyatta and with Daniel Moi taking over, Elizabeth continued to work at the state house and her retirement brought to an end 22 years of serving the two presidents and a lucrative enviable career as the woman before whose eyes Kenya's current president grew up.