What foods Kenyans eat say about them... and men's love affair with meat 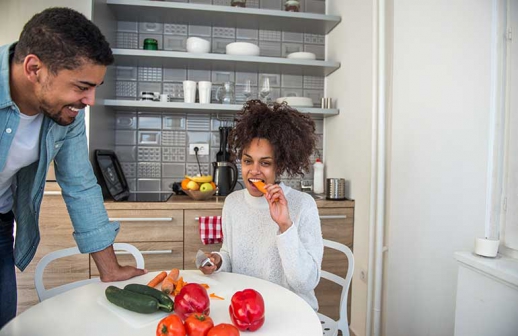 “Mwanaume ni kula kichwa ya mbuzi River Road!” I got that quote off Facebook, during my down time, on those streets where I head to gauge the pulse of the nation. Away from the 2017 election angsts, I noticed that January blues had become a trending topic. January is the official cash-strapped month and the diets of Kenyan men had drastically changed.

A couple of grown men were spotted eating greasy chips and sausages at one of those fast food joints on Moi Avenue. The account was met with widespread disdain from select male commentators. Men from the old order, would be scandalised if they were spotted drinking Fanta, let alone eating chips in a city café.

Chips is not real food. If you have to eat a potato, eat it whole. Chips and sausages have been ridiculed as ‘girly’ foods or at best snacks. They are a treat for children, tired of eating healthy organic food and lusting for junk. Only hard party urban animals, on their way home from the club at 2am can be are granted some leeway.

A man who is fond of packing chips and fried chicken in broad daylight draws scrutiny to himself and becomes a subject of ridicule or speculation. Perhaps, there is no one to cook for him at home. May be he does not want to eat among fellow men, which indicates he is a tight-fist. Probably, he does not have a local, where he can eat ‘manly’ stuff like tumbukiza on credit. It could also mean his wife’s cooking is terrible and his chips eating forays are remedial measures. Possibly, he does not know how to stir fry, which would be a sad state of affairs.

you are what you eat

Food says a lot about a man. What he eats, how he eats, where he eats? I was brought up as a meat eater. I had recognised from a very early age that for a family that could afford a dish of meat regularly was privileged. Meat was served to important guests. A generous host offered a selection of meat dishes. By the time I was a teenager, a compulsory mix of fried meat, beef stew, chicken and mutton was standard fare at funerals.

Meat was what we binged on during celebration from Christmas through to the football world cup. Where there was plenty of meat to eat, the people were merry. In normal times, it was greens that kept a household going. Many present day meat eaters, began life as reluctant vegetarians, consigned to a diet of greens by social class. Vegetables were regarded with scorn and served as a reminder of a deprived past.

A man who could not bring home some meat was thought to be struggling through life. There was no such phrase as “Bring home the cabbage”. Sukuma wiki, was how to get through the dry weeks in between pay day. When pay day arrived, meat was the first item on a recently salaried man’s shopping list.

Eating meat regularly is a symbol of privilege and prosperity. Access to choice cuts of meat is what wealth tastes like. Suffering from gout is a status symbol. Developing a distended belly is a sign of good living. It is not just a Kenyan thing. Take a trip around the world and the bond between men and meat is unbreakable.

The common defence that I hear is of evolution. Man was the hunter. He brought home the kill while the woman gathered vegetables. With that irrefutable fact, the demand for meat has risen through history and modernity has given rise to meat factory farms and salads. Meat eating today contributes to more global warming than vehicle emissions. Farmed livestock release a great deal of polluting gases into the atmosphere accelerating climate change.

Therefore, if you have been in search of a compelling reason to reduce meat consumption in 2017, try climate change. Environmental experts have been warning folks for years that commercial livestock production produces more green-house emissions than other human activities. Your addiction to meat is not good for the planet. If you want to save planet earth, for the next generation, become a vegetarian and slow climate change.

However, be aware that vegetarianism in Kenya is a social inconvenience. Vegetarians are never catered for at social functions and Kenyans in principle, do not serve veggies to people they respect and honour. Vegetarians are thought to be on a meat free diet after a medical scare or guilty of snobbery. Every social gathering, features a generous soul determined that you should “try a little piece”.

To be a vegetarian is to lead a disciplined life in a land of meat eaters. It takes principle to make a choice to go vegan in our mindless consumer times, where one cannot tell the difference between rice and plastic. Men have been socialised to choose meat over greens and the result is a generation approaching gluttony in their consumption patterns. The food we eat has effects on the state of our health and mind. Nutritional awareness is the first step to healthy food choices. In the end, a man is truly what he eats.