Women have a poor sense of humour 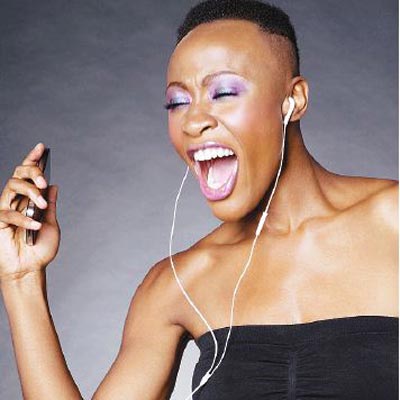 I recently hosted one of the most beautiful and intelligent woman I have ever laid eyes on. It was a blessing that she agreed to spend an evening with me and sample my superior culinary skills.

ALSO READ: How women can take control of their reproductive health during the COVID-19 lockdown

When she arrived, I decided to entertain her as I dashed around to buy a few accoutrements for the chicken I was preparing for her. As she sampled my DVD collection, I recommended a George Carlin stand-up act. She took it up. She watched it like it was a holocaust flick; pensively, frowning from time to time. Moments later, she succeeded in doing the impossible and the improbable: Dozing off to one of the finest comedians in the world. I saved her and handed her a Trevor Noah DVD. The South African comedy wonder kid is as good as they come. She was not impressed either.

Eventually, she settled for some trashy series. Indeed, one man’s trash is another woman’s treasure — literally. Over December holidays, a friend asked me to be the MC at his wedding reception. I cracked a few jokes to good chuckles, particularly from the men in the room. Given the crowd was college educated and mature, I cracked a joke about weight and women. It was a coup de grace. Women were red-faced with fury. They stopped eating and gave me those piercing homicidal eyes. I had to excuse myself and exit. I later got messages from a good number of them that I had crossed the line and was forced to apologise to the big-bodied and plump women.

See, women can’t see a joke, even if it was served, laced with chocolate or mixed with their favourite milk shake. It is genetic. A friend in Japan would share an article “Why women aren’t funny” written by the heretical Christopher Hitchens in the Vanity Fair a couple of years ago. In the article, Hitchens cites a study done at the Stanford University School of medicine. To wit, from an experiment, it was discerned that it is men who have to please women. Women have no corresponding need to appeal to men.

Hitchens observed that men exist to please women. In deed men sweat it out mostly to impress the fairer sex. We do so by money, intellect and wit. Humour and blunt sarcasm is a preserve of men. Humour is a sign of wit. Of course I know one or two witty women, whose company I always look forward to, but many women are quite a dull lot.

It has to do with how we look at the world. Men already know it is a tragic to be born into the world. Women believe in fantasy and that the world can be better. And humour stems from sadistic pleasure derived from insulting others. The reason tribal and racial jokes abound. Women don’t look at the world that way. The human anatomy, for instance, is a source of great humour among men, but is a touchy issue when it comes to women.

So next time, when a woman fails to detect your sense of humour, know it is biological. You can know this by the number of female comedians in Kenya as well as across the world. The few who exist actually try too hard. There is a science to it.

Men talk: The art of being irresistible to women

Making a career switch: The why’s and how’s answered