Achieving Woman By The Standard

The traumatising events of the night of July 29, 2005 changed Rose Wanjiru’s life for good.

It was a black night she wishes she could erase from the deep recesses of her mind.

But sadly, the painful events of the night her husband was brutally murdered as she cheated death narrowly are etched in her mind. They are hard to forget.

Wanjiru loved her husband dearly. Every year, she publishes a tribute in national newspapers to commemorate the day, celebrate his virtuous deeds, express the pains of losing him and reflect over the elusive quest for justice.

But hers is not your everyday anniversary tribute. She has made it a habit of penning a unique notice reminding the judiciary that it failed one of its own big time. Wanjiru does not take any prisoners.

“Take note that the judiciary failed you big time, in fact it betrayed you. Your murder could not get judgement because a doctor could not be traced for DNA evidence. The Law Society of Kenya too,” reads the notice published in the obituary pages of the Nation last week.

Having lived a blissful decade with the man of her dreams, their three children and with great careers to boot, the couple’s future appeared bright — until that night when assailants conspired to dim it.

Wanjiru was a Geography and CRE teacher at Kamuiru Boys Secondary School. Her husband, Daniel Wachira Karani was a Kirinyaga-based advocate of the High Court, whose forte was helping the downtrodden access justice, especially in land and succession cases.

“We notice that you did so many pro-bono cases for orphans and widows in different courts. You truly are a hero. We celebrate you,” last week’s newspaper tribute read.

“He was dedicated in his work and he never stood for divorce or criminal cases such as robbery with violence,” she told The Standard.

On the night the killers gruesomely snatched her husband’s life, he had attended a career training in Nyeri and failed to pick the children from school, as he always did.

She was on maternity leave, taking care of their last born who was just three months old at the time.

At around midnight, a car hooted at their gate. She rushed to open the gate only to encounter thugs armed with pangas and axes who descended on her.

She was lucky to escape with her life, and was hospitalised for days and confined to a wheelchair for a year. Her husband was not that lucky. The thugs killed him at the gate, before ransacking their house for money and other valuables.

“While recuperating at the Nairobi Hospital after the attack which left me wounded all over, on the third day news was broken to me that my husband had died. I was devastated and could not take it no longer,” she narrates.

She asked to return home to her children and a room was transformed into a makeshift ward where medics would nurse her wounds from.

And then the long wait for justice began. To her, it is justice denied.

Following the attack, some suspects were arrested with the couple’s property, and then started a gruelling trial.

She believes that the motive of her husband’s barbaric killing was to stop a land succession case he was following up for a certain widow. The gang had also demanded money.

The events of that night transformed her into a counsellor, a passionate advocate for widows, orphans and children who provides a shoulder for many afflicted souls to cry on. 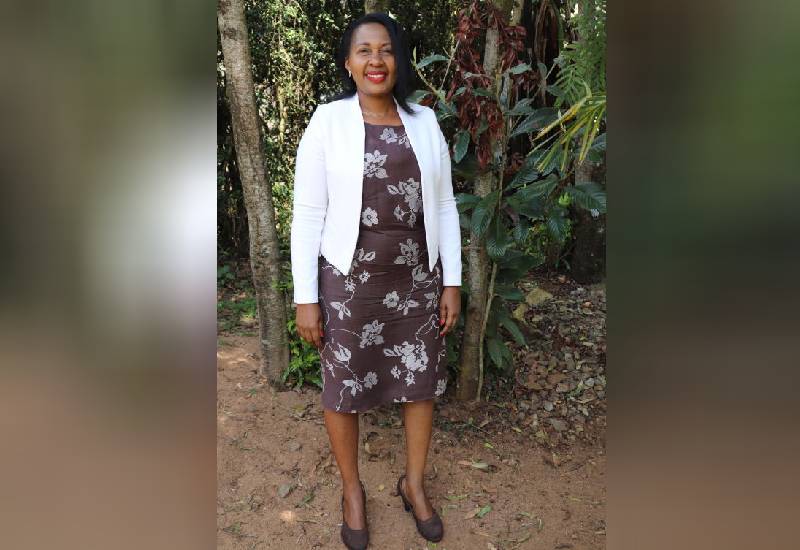 From counselling her deeply traumatised children and battling the bitter memories, and testifying in court, Wanjiru had a re-awakening.

“I learned that the killers had been paid just Sh3,000. Instead of harbouring bitterness and anger, I took comfort in that God had saved me. In fact my church, St Thomas ACK Cathedral Kerugoya and neighbours branded me a walking miracle as it was believed that I would never walk again.

“So, I not only forgave the attackers publicly in church, but also started an initiative to counsel and mentor the boy child so that they are not taken advantage of,” she said.

Incidentally, a number of the attackers have since met their deaths in painful ways, according to Wanjiru.

“One of them was a suspected Mungiki sect adherent and was cornered by a vengeful vigilante. Before they killed him, he reportedly confessed to killing my husband. I had forgiven them and felt bad that they had to die in such a manner,” Wanjiru says.

Her children are now all grown up, with the first born a third year university student pursuing computer engineering, the second born is studying law. Her last child is a Second Former at Alliance Girl’s High School.

She is pursuing a doctorate in clinical psychology as she seeks to delve in her passion further.