WEMA: I Want To Love 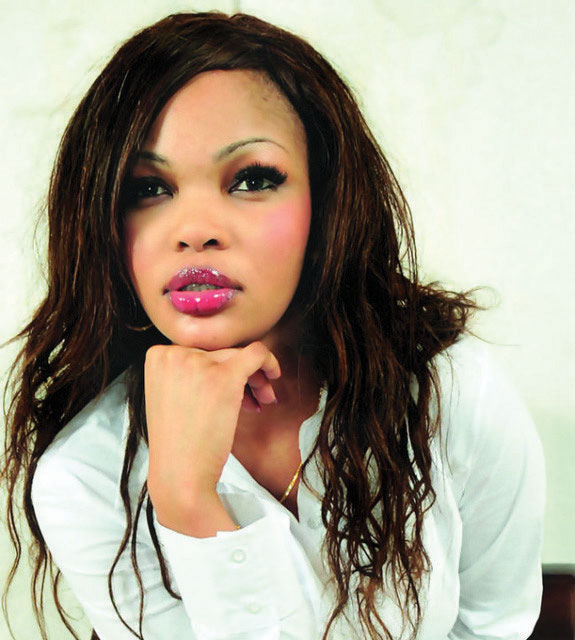 After their two-year choreographed romantic affair that made them the talk of town in Dar es Salaam causing a buzz across the region, the celebrity couple of adorable actress and former Miss Tanzania Wema Sepetu, and singer Diamond called it a day last year to the heartbreak of many fans. It had looked like a match made in heaven.

The announcement came through a radio interview with Diamond saying he had settled for a new girl to the aggression of the former beauty queen who had declined proposals by top politicians and many other top celebrities, among them TID, saying she was not interested with dating prominent personalities.

A fortnight after the break up, Wema found out that Diamond was actually having an affair with a current beauty queen, Jokate Mwegelo.

What followed was a murky public showdown between the three. On this day, the Nataka Kulewa hit maker went to a concert in the company of his new flame only for the scorned Wema to show up in the company of a bevy of beauties who forced their way to the front row, right on the face of the singing star. Wema went into her handbag, pulled out a chunk of notes and seductively strutted her way to her ex and tried to hand over the cash to him as his girlfriend watched the spiteful move jealously. But Diamond was never to be cowed. He snubbed Wema, and instead asked Jokate to the podium where he danced with her and even went ahead to kiss her before the fans fanning the drama with a perturbed Wema choosing to leave and wait to fight another day.

Since then, as Diamond’s music success continued to make him a big name across Africa, Wema seems to be out on a revenge showdown with a talk of extravagant lifestyle on display since late last year.

The focus is no longer Diamond as, even with such a runway music success with two songs ruling regional music charts, Wema seems to be stealing the show with the big money talk and lavish lifestyle complete with investments valued at Sh15 million (Kenyan shillings).

“Diamond remains just an ex-boyfriend and nothing more. I obviously felt bad when I gave the money and he ignored. But I have moved on and even bought a new house. The past is now behind me,” she said during a recent interview.

“Love is never about money. I want a man who is not only good looking, but also cares and loves me. I don’t want a man who loves me for what I have, but who I am. He should love me from deep his heart,” she remarked.

Asked if the rumours of a politician bankrolling her life were true, Wema refuted the grapevine saying she works hard for her money to live a comfortable life.

The big money talk is not a fluke. Late last year, the enviable beauty unleashed a brand new Audi Q7 valued at about Sh5 million and opened a major business in Dar es Salaam before going on an investment spree, acquiring  property in prime areas of Tanzania.

She caused a major stir last week after she reported that she spends about Sh500,000 a month on her pet dog and a similar amount on her hair and beauty.

That same week, she went ahead to spend Sh5million to bail her friend Kajala Masanje, a fellow artiste, out after she was arrested before hosting her and friends to a party. Now, she has everyone wondering where she is getting the cash.

“I love shopping and everything good just like any other girl. I love my new luxurious house. It is where I call home,” she said as she hosted the media to her new house complete with a TV room, a launch and two master bedrooms.

Besides, she denied ever having dated TID and Mr Blue saying while TID admitted having made up the affair story, Mr Blue was just a close friend dating her model pal Wahida.