Reports indicate Gedi was left with a bloodied mouth following an unprovoked attack by the MP on Thursday at parliament buildings.

According witness accounts, Gedi, who sits in the Budget Committee was accused by Kassim of failing to allocate funds to his constituency.

“I was just walking with my colleague [Gladys] Wanga when he accosted me and started calling me stupid and within minutes he punched me on the cheek," narrated Gedi.

Following the incident, Gedi filed a complaint at the office of the speaker and Parliament police station resulting in Kassim’s arrest.

“That matter has been reported to me and Parliament police station and I have given instructions that criminals cannot be harboured in Parliament.

“It has been ruled before by previous Speakers, that Parliament cannot be a sanctuary for criminals,” he added.

Even if you disagree with a fellow member, it should remain like that, a disagreement, it cannot be an excuse to engage in criminal activities,” said the speaker.

Following the shocking incident, female legislators walked out of parliament in protest.

Kenyans on social media also expressed furore over the incident:

Any man who assaults a female and raises his hand on her is a worse than an animal.

How can an MP attack a female MP? And in th supposedly honorable parliament?

Somebody tell Rashid Kassim that he is such a bad student. He was asleep when ODM secretary general @edwinsifuna was teaching a very important lesson as he accepted to be humiliated by Aisha Jumwa.#JusticeForFatumaGedi — Daniel Ogweno (@OgwenoDaniel) June 13, 2019

Big up to the Female legislators who stood with Fatuma Gedi.This is a clear message to all who assault women #JusticeForFatumaGedi pic.twitter.com/TiIE5ZQprP — #Taxpayer (@abdirahmangsa) June 13, 2019

Look like there's a deliberate attempt to shrink the space for women in political leadership in Kenya.SOME men forget that this will hav a ripple-effect on their daughters, sisters & wives.There isn't enough soap to clean the shame of hitting a woman. #JusticeForFatumaGedi — Madobe Junior (@MadobeJ) June 13, 2019 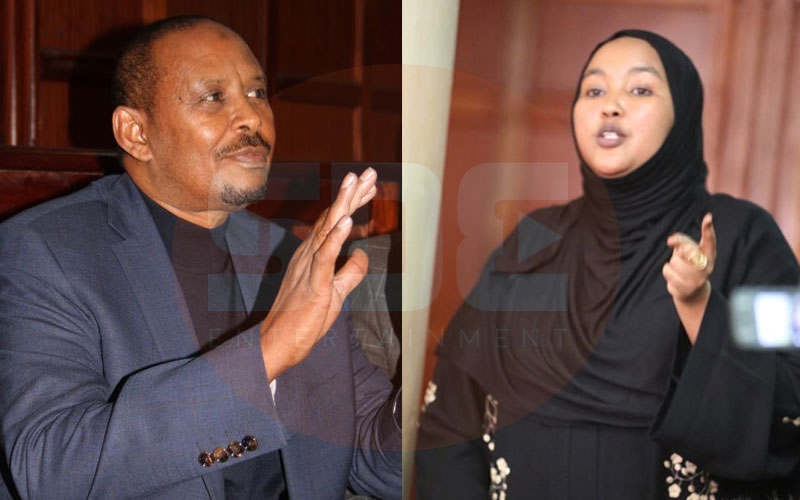 MP called me stupid before punching me, says Fatuma Gedi
10 months ago