By Allan Mungai and Jacinta Mutura | 2 years ago

The Duke of Cambridge, who looked at ease clad in military fatigues, touched down at the military base in a blue charter helicopter at 9am before joining the troops in their training.

He also visited the 1st Battalion Irish Guards Battlegroup, who are training under Batuk. He also serves as colonel of the regiment.

This is the second time in three years that the 36-year-old British royal is visiting Kenya. He has been on a tour of Africa that also saw him visit Namibia.

The second in line to the British throne was last in Kenya in 2016. He visited State House.

Yesterday, Prince William later engaged in a corporate social responsibility exercise at Ol Maisor Primary School in Sosian, where he handed out sports equipment, shoes and uniforms donated by the military to pupils.

Sources familiar with his visit also revealed that the military would construct classrooms and drill boreholes in the school's compound. 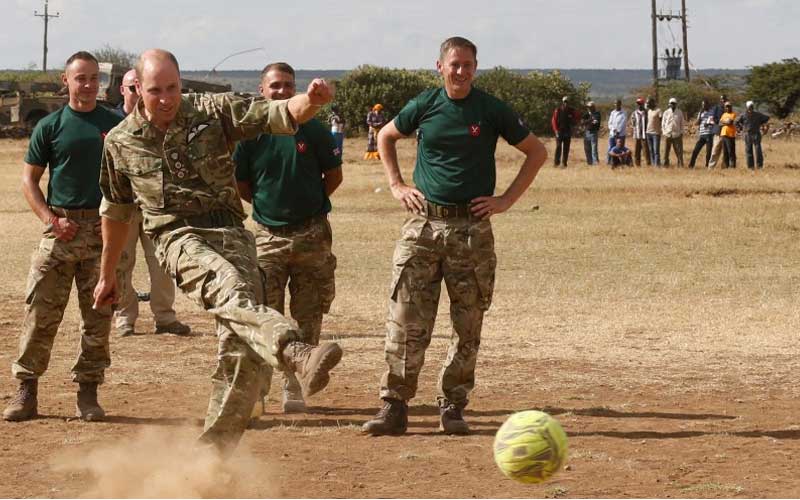